Power To Save: Avoiding a Greasy Mess in Your Pipes

SCRANTON, Pa. — Thanksgiving is only a week away and cooking up the big bird can lead to a greasy cleanup. Video from Pennsylvania American Water shows us... 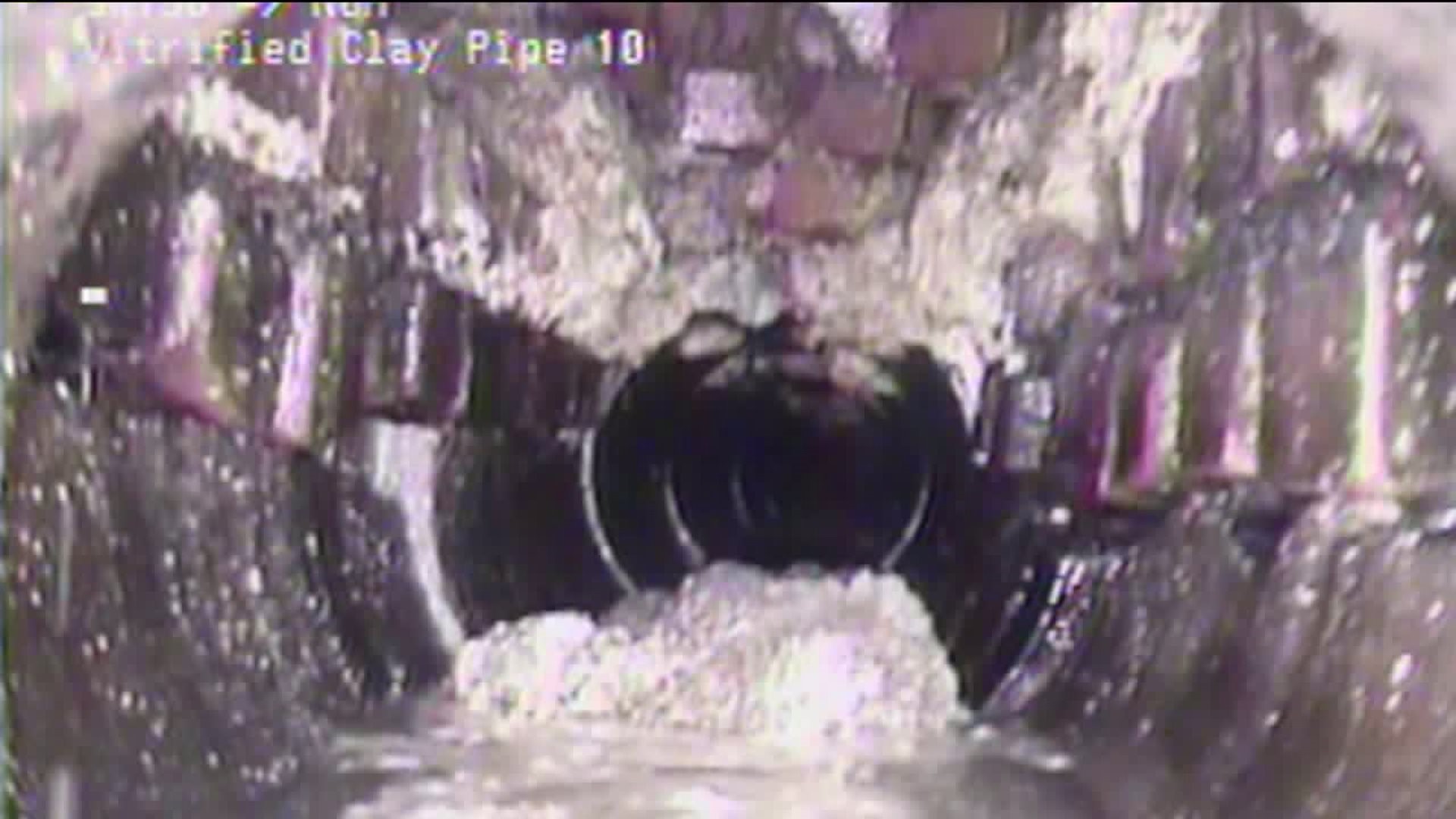 SCRANTON, Pa. -- Thanksgiving is only a week away and cooking up the big bird can lead to a greasy cleanup.

Video from Pennsylvania American Water shows us some pipes look like under the city of Scranton. Fats, oils, and grease have hardened into unsightly piles. How does this happen?

"Some people just pour it down the drain," said Pennsylvania American Water official Susan Turcmanovich. "They pour it into their garbage disposal, and they think they don't have to worry about it. That's going to harden. It could harden in their pipes and cause clogs in their pipes that they're going to have internal issues, or it gets out in the collection system.

Turcmanovich says that the holiday season can be hard on the water pipelines.

"Nobody thinks about that final part, the cleanup, and the impact that the cooking can have on their pipes, both in their home and out in the system.

Another potential source for clogged pipes is disposable or flushable wipes.

"People think they can just flush them down the toilet and it's gone and it's not going to harm anything. They don't disintegrate. They actually congeal with those fats and oils and they combine for solids in the system that can cause problems and blockages."

When Pennsylvania American Water crews have to flush lines of fats, oils, and grease, that all ends up at the wastewater treatment plant.

"There, we can remove it and continue the treatment process."

There are some easy ways to avoid these greasy blockages from happening at all.

"Pour the grease into a can, let it harden, throw it in the garbage. Or pour it into a container that you're going to throw away. Just make sure it gets to the garbage and not into the system," Turcmanovich advised.