MOOSIC, Pa. — A national chain of portrait studios closed up shop after the new year, leaving many paying customers high and dry. Like many moms, Sara Dob... 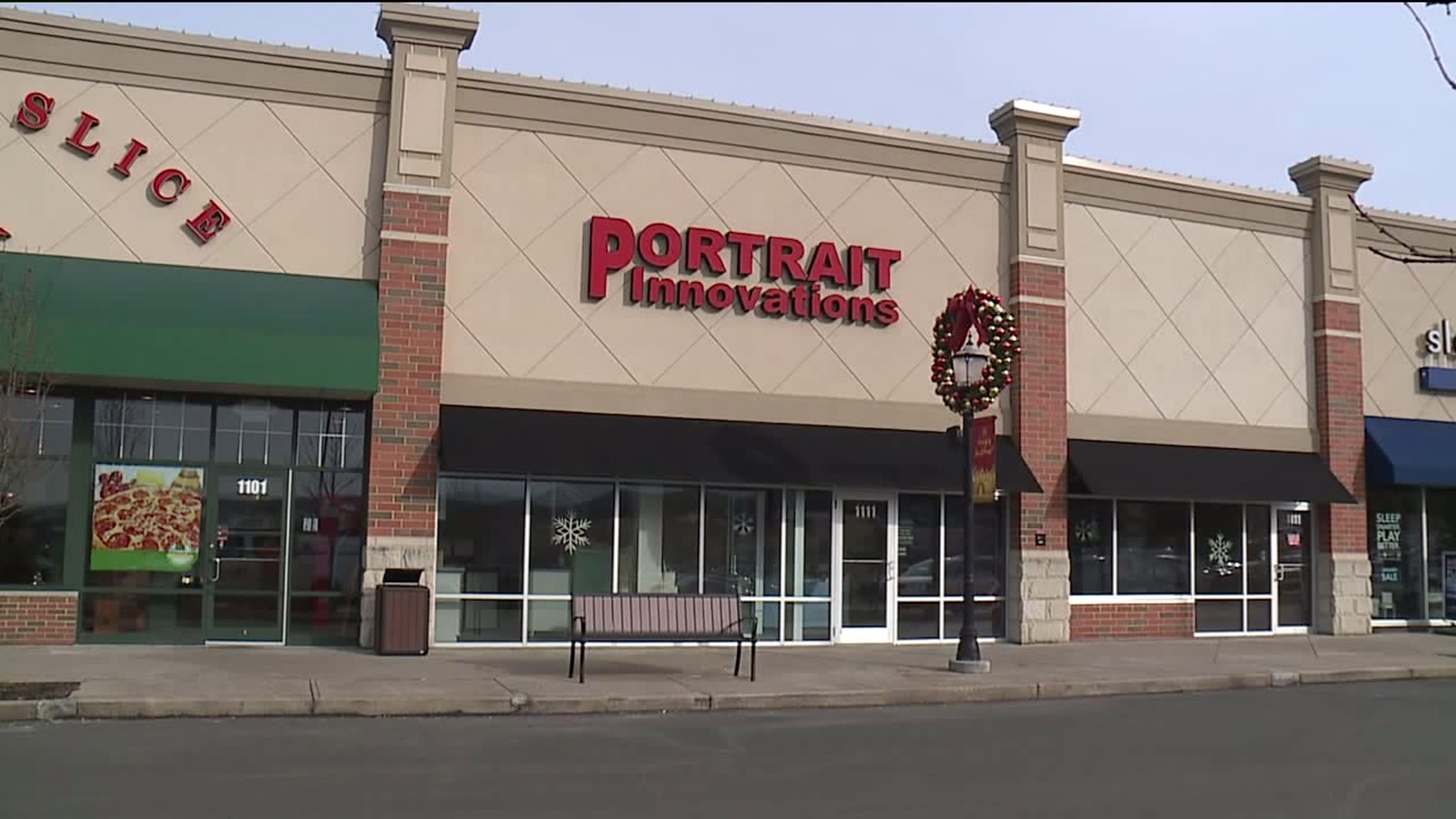 MOOSIC, Pa. -- A national chain of portrait studios closed up shop after the new year, leaving many paying customers high and dry.

Like many moms, Sara Dobrosky of Wilkes-Barre has been chronicling her kids' lives by every holiday.

"Even my daughter's very first baby pictures were done there, then we've got Easter," said Dobrosky.

But this past December went by fast, so she took her 4-year-old twins to get their Christmas pictures on December 29 at Portrait Innovations at the Shoppes at Montage in Moosic. She expected to pick up the proofs after the new year.

"I went back Thursday, next business day, and they weren't open. I just assumed maybe it was lunch break or something. And then this past Saturday, I went back, and they were gone, wiped out, nothing there."

When we visited, the place was deserted. We could see picture orders on the front desk ready to be picked up, but the place was locked.

According to news reports from across the country, all of Portrait Innovations locations were left looking like this one at the Shoppes at Montage. The website and Facebook page are shut down, and if you call the corporate headquarters in Charlotte, North Carolina, the line is dead.

Dobrosky says she's called more than 70 Portrait Innovations across the country trying to find someone to talk to but with no success.

"I just want somebody to tell me that there's a possibility that I will be able to get the pictures I paid for and for everybody else to get the items that they paid for as well."

As for the twins, Dobrosky says she'll just wait for next holiday to have their pictures taken again.