SCRANTON, Pa. — There are two swimming pools at Nay Aug Park in Scranton, but one city official says the park could solve some of its problems if it repla... 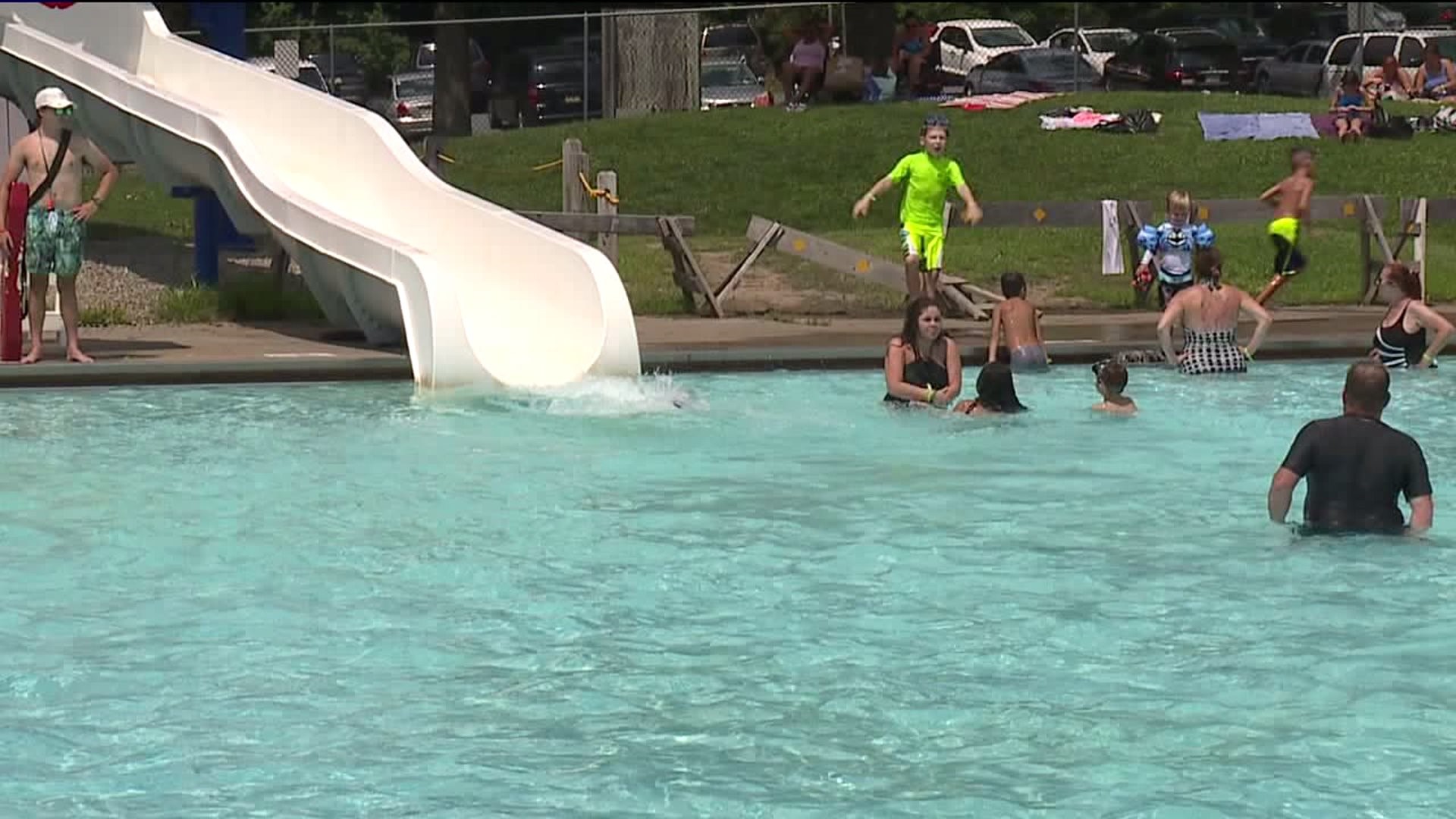 SCRANTON, Pa. -- There are two swimming pools at Nay Aug Park in Scranton, but one city official says the park could solve some of its problems if it replaces one of the pools with a splash pad.

Splash pads are cheaper to run, but expensive to build and some wonder they would draw crowds.

"Just to cool off," Black said. "It's really hot, you know? Nobody wants to sit around and sweat all day, so might as well come to the pool and cool off."

The two large pools are right next to each other at Nay Aug. One features a large waterslide and the other, that locals label the "adult pool," doesn't have as many swimmers.

The head of Scranton's municipal recreation authority wants city officials to consider replacing this pool with a splash pad like this one.

"I actually like the idea," said Karma Sawyer. "We have a lot of splash pads in D.C. and it's a lot easier with little kids."

Sawyer grew up in Scranton and moved to Washington D.C., where splash pads are common.

They use less water, fewer chemicals, and don't need lifeguards, who are hard to find and train in Scranton.

Mayor Bill Courtright tells Newswatch 16 that the city would have to find hundreds of thousands in grant money to build a splash pad at Nay Aug.

Would parents prefer a splash pad and a pool at Nay Aug to two pools?

"I could see that it would be really well used," Sawyer said. "The kids have lots of fun and it would be a nice compliment to the other activities."

"Some people like the sprinklers, but a lot kids like the pool. So I know my kid does," Black laughed.

Mayor Courtright tells Newswatch 16 a splash pad may eventually replace a pool at Nay Aug but says it will boil down to two questions -- do enough people want it and can the city find the money.