MAYFIELD, Pa. — More than 30 emergency response vehicles from all over Lackawanna County put on quite the show for the Mayfield Police Department’s Nation... 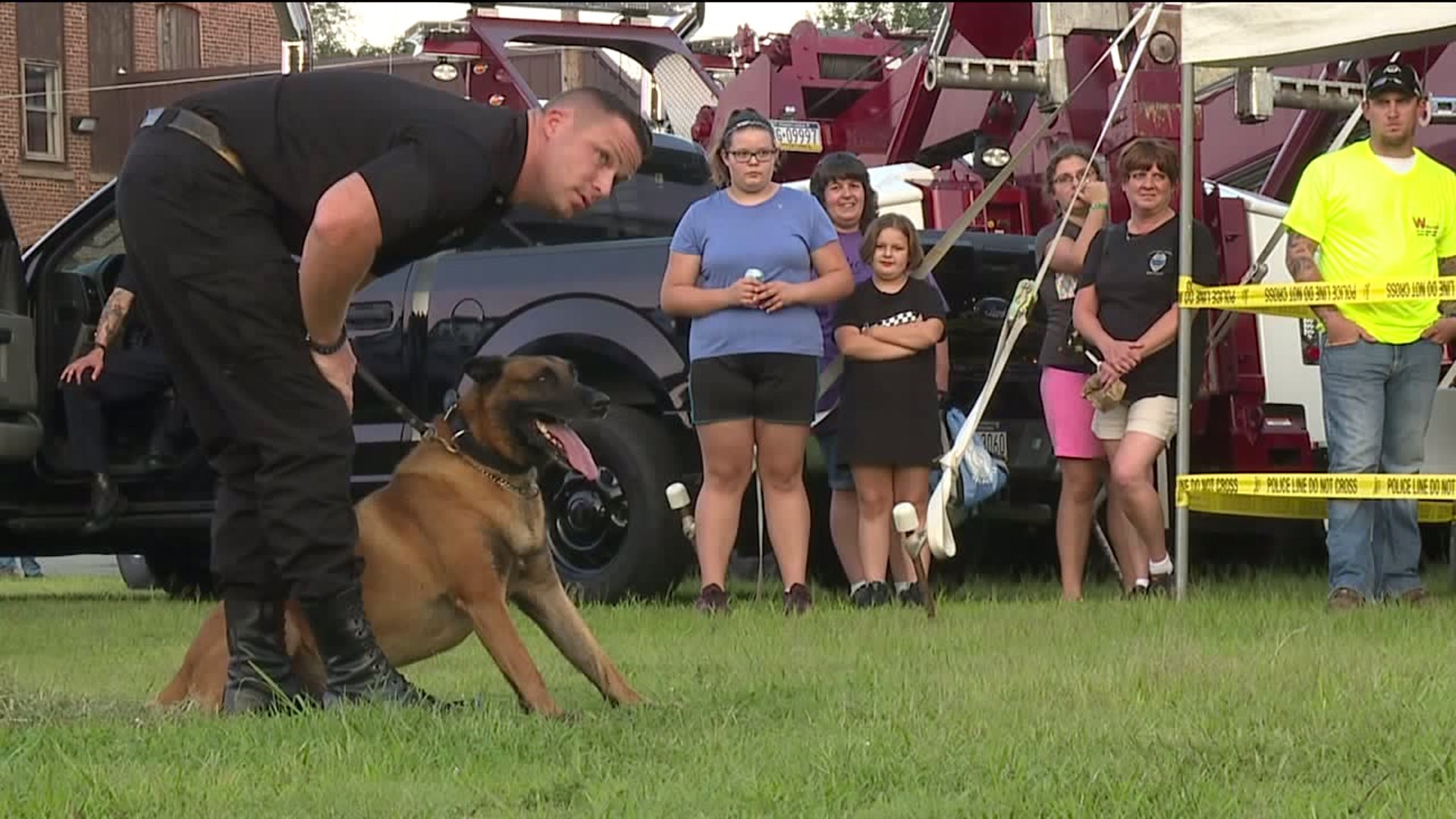 MAYFIELD, Pa. -- More than 30 emergency response vehicles from all over Lackawanna County put on quite the show for the Mayfield Police Department’s National Night Out parade. Kids even got to ride shotgun.

“This is amazing. The support for the police officers and the department, totally amazing. I love it, love it,” Christine Russo of Carbondale said.

National Night Out aims at building relationships between law enforcement officers and the people they serve. Police in Mayfield put a special focus on sharing that message with kids.

“I think that the kids, if a police officer comes and asks them questions and stuff that they'll actually talk to them,” 10-year-old Madelyn Pisko of Greenfield Township said.

The police department has been hosting a National Night Out for six years and this was their biggest one yet.

A Commonwealth Health helicopter stopped by, the sheriff department’s mounted police rode around, and even Carbondale’s newest K-9 was ready to be pet.

“My poppy is the chief of police in Throop and I know almost all the cops everywhere,” Nine-year-old Adriana Jones of Throop said.

Police officers put on all different kinds of demonstrations showing people what it's really like to be a member of law enforcement.

“They do so many games, presentations, free food, and everything. Everybody looks forward to coming to this every year,” Theresa LaMorte of Mayfield said.

It takes months to plan the event, but Mayfield Police Chief Joe Perechinksy said it’s worth it.

“It's a great feeling, even when I started this career that to have children get along so well with police officers, it's just a wonderful feeling,” Chief Perechinksy said.

Even before the National Night Out was over, Chief Perechinksy said the department is already planning for next year’s event.