OLD FORGE, Pa. — Arrest papers are giving us a more disturbing look at an attempted homicide investigation in Lackawanna County. According to police, Carr... 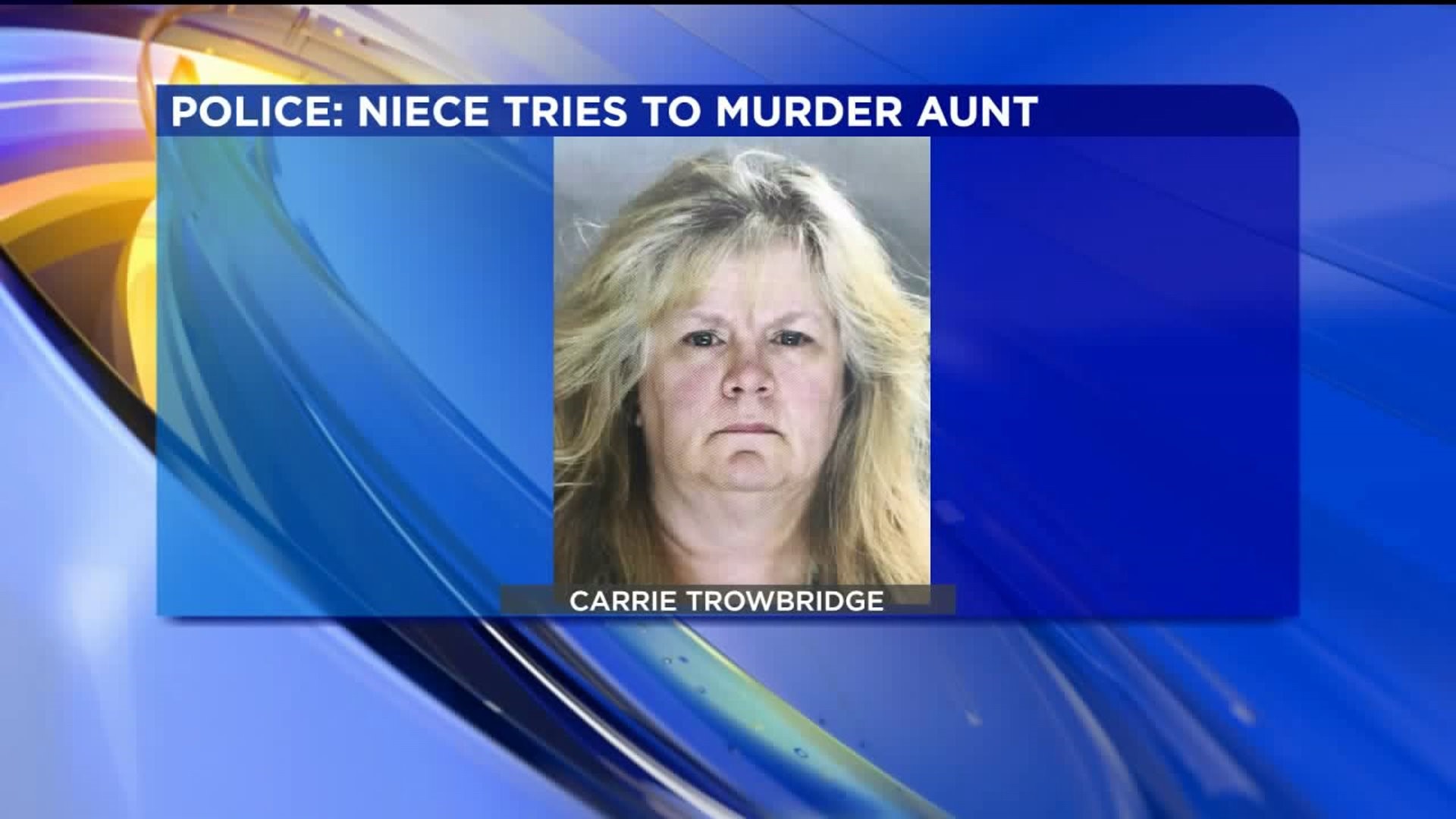 OLD FORGE, Pa. -- Arrest papers are giving us a more disturbing look at an attempted homicide investigation in Lackawanna County.

According to police, Carrie Trowbridge of Old Forge tried to kill her elderly aunt, who is dependent on oxygen, by suffocating her back in November.

Investigators say Trowbridge kept her aunt, Josephine Delucia, in a car for hours with a tank that would only last one hour and told her she was going to watch her die.

Police say Trowbridge would have benefitted from her aunt's death.

"That is one of the worst things I've probably ever heard in my life. That's terrible. No money should be worth somebody's life," said Dan Coffey of Lake Ariel.

According to police paperwork, Delucia wanted Trowbridge to bring her to the PNC Bank in Dupont to check her bank statements. She told police she hadn't been receiving her mail and wanted to check the balance of her bank accounts.

Instead, investigators say on that day in November, Trowbridge kept her aunt in a car for eight to 10 hours with only enough oxygen to last one hour. Court papers say she kept the windows shut and pinched her aunt's nose closed while driving.

That court paperwork says Trowbridge told her aunt, "I have your statements in my purse. You think I'm stealing your money? You're going to die today old woman, and I'm going to watch you!"

Delucia told police she made several attempts to escape but was forced to stay in the car. At one point, she pretended to be dead, and Trowbridge brought her back to their home.

"How can you do that to your own relative? I mean, it is very sad. I mean, she's dying for money that bad she has to kill her aunt," said Tina Rutcavage of Tunkhannock.

Since that drive, court documents indicate Delucia discovered $15,000 missing from her bank account. Not only that, but Delucia told police she found out that Trowbridge opened up a credit card in her name without her authorization. She has removed her niece as a beneficiary and went to police, leading to the arrest.

Trowbridge is locked up, facing attempted homicide, forgery, and reckless endangerment, as well as a long list of other charges in Lackawanna County.

Delucia is staying with other family members.