UPDATE: Carbondale police say the driver of the vehicle went to police on Sunday after seeing Newswatch 16’s report Saturday night. So far, it does not ap... 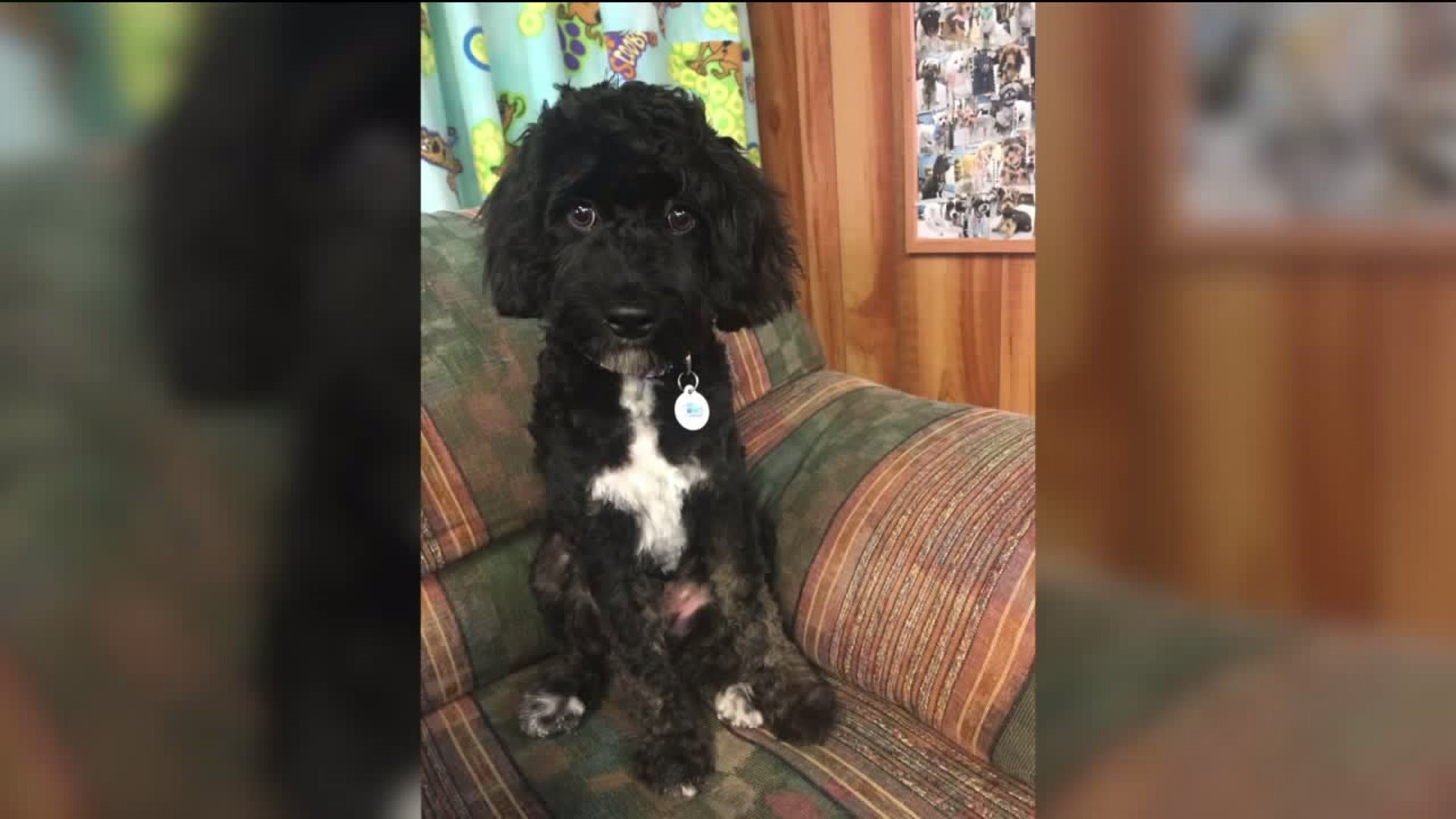 UPDATE: Carbondale police say the driver of the vehicle went to police on Sunday after seeing Newswatch 16's report Saturday night. So far, it does not appear as though the driver faces any legal trouble for not stopping after that incident in Carbondale.

CARBONDALE, Pa. -- Police in Lackawanna County are searching for the driver who hit and killed a dying veteran's therapy dog.

The dog was hit Friday morning in Carbondale. Now, the family is desperate to find the driver.

Blinker was a 6-month-old cocker spaniel-poodle mix. Lisa Harach and her sisters-in-law bought Blinker for her father, William Gillette, as a therapy dog. Gillette is a retired Army veteran who has terminal cancer. His family says Blinker brought him much needed joy.

"Blinker is his companion dog, his companion service dog, and he has brought so much comfort to dad that last month, in the such short time that he's had him," said Debbie Gillette.

Harach says she had Blinker at her salon while her father was at a doctor's appointment. That's when the dog ran out and was hit.

"My daughter and I ran out, and Jamie went right into--thank God she didn't get hit--right out in front of the vehicle itself and you can see in my video," said Harach. "When she ran in front, the vehicle went around her and just left the dog there and just kept going."

Now, the family is going to businesses on Main Street in Carbondale hoping to find a clearer image of the driver or the vehicle.

"Digging through their camera feeds, we've got a couple that are still pending," said Michele Gillette.

Gillette's family says they understand accidents happen, but they are shocked the driver didn't stop.

"With my dad being sick, it's tearing us all apart," Harach said.

Police in Carbondale are looking for the driver of a dark-colored SUV seen in surveillance video. Police say they want to interview the driver, but it does not appear as though the driver would be in any legal trouble.