SCRANTON, Pa. — A home and vehicle were hit by gunshots overnight in Scranton. 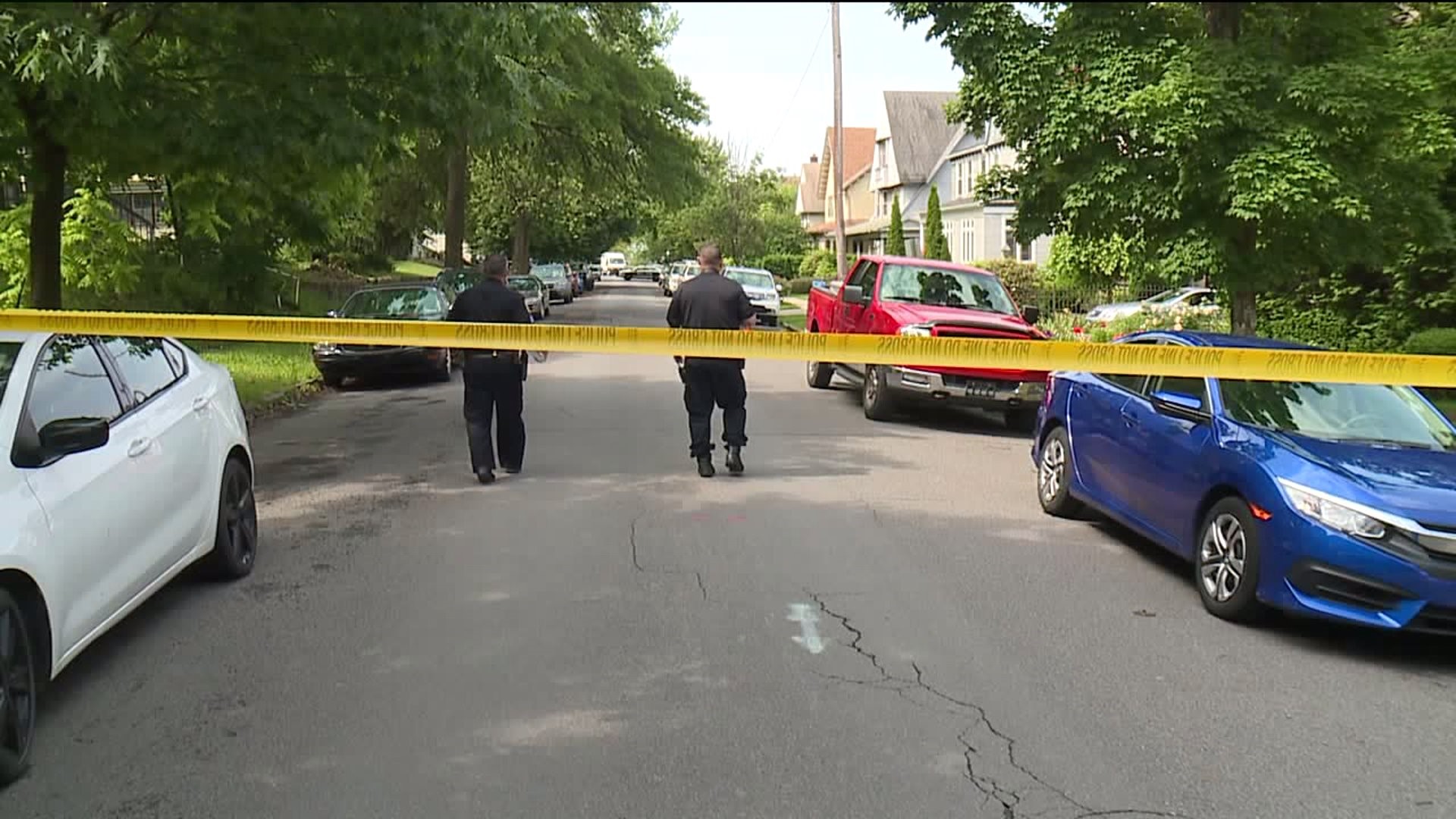 Police are on the 600 block of Clay Avenue in Scranton investigating reports of shots fired. Neighbors tell us they originally thought it was fireworks, but police have found bullet casings and damage to a car and home @WNEP pic.twitter.com/DGkTPtKi2L

SCRANTON, Pa. -- A home and vehicle were hit by gunshots overnight in Scranton.

Police were on the 600 block of Clay Avenue in Scranton Wednesday morning investigating reports of shots fired. It happened late Tuesday night, but police didn't get called until the morning.

Neighbors tell Newswatch 16 they heard gunfire around midnight, but that's not initially what they thought it was.

Neighbors on the 600 block of Clay Avenue in Scranton's Hill Section say it's not unusual to hear fireworks around this neighborhood. They say University of Scranton students often set off fireworks, especially late at night.

"The fireworks are loud. It's like boom, boom, boom. Anyway, so last night we heard a couple of loud booms. I said to my husband, it sounds like gunshots, and my husband said, yeah, it does," said another neighbor.

It wasn't until morning that the people who live here realized it was, in fact, gunshots. That's when Scranton police were called.

Investigators found seven shell casings on the ground and bullet holes to a vehicle and one of the homes on this block.

Marvin Ostrower lives right next door to the home that was hit. He says something like this is very rare for this neighborhood.

"There's crazy people in this world, so our area got a strike of lightning, that's all," he said.

Neighbors believe some people who live on this block do have security cameras. Scranton police say they are still reviewing that footage and interviewing people in the neighborhood, but they don't have reason to believe anyone was specifically targeted.

Still, neighbors feel uneasy that this would happen here.

"When it happens this close to you, you are surprised. This is a nice area, the Hill Section. The community works hard to keep it that way."