One man has been charged after the two-county chase Friday. 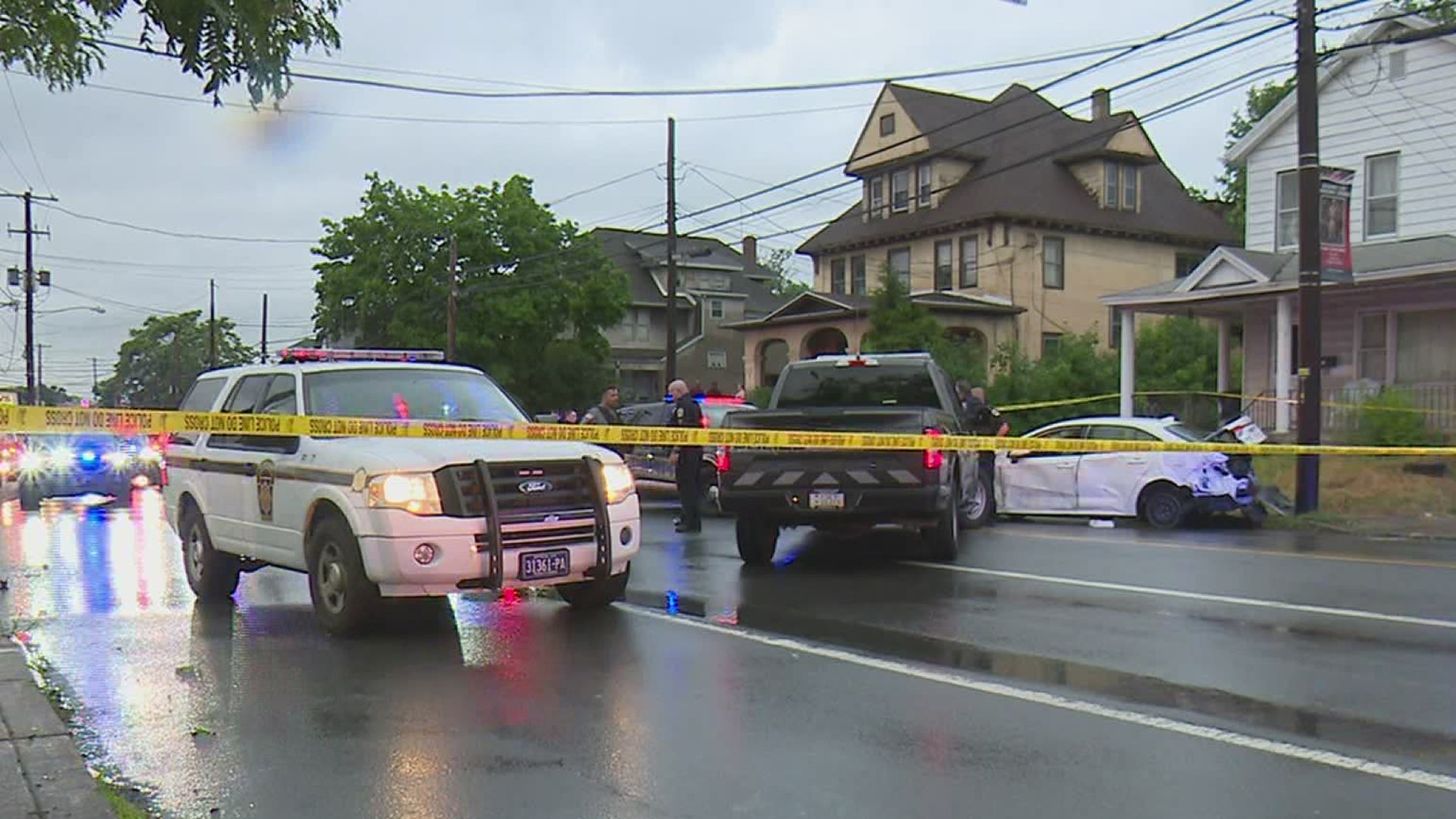 PENNSYLVANIA, USA — UPDATE: State troopers say police were called to Prospect Avenue in Scranton Friday night just before 6:30 p.m. for reports of a person slumped over the wheel of a car.

When they arrived, Patrick Coombes of Olyphant refused to roll down the window and had a gun between his legs.

Eventually, police were able to reach inside and grab the weapon.

But Coombes then fled the scene and led officers on a chase on Interstate 81 south into Luzerne County before turning around, and heading back through Moosic, Scranton, and Dunmore before police were able to surround his car along Main Street in Olyphant.

Coombes is behind bars in Lackawanna County.

Several viewers sent us videos of a white vehicle being chased by authorities.

Newswatch 16 found a damaged Scranton police vehicle in the median of Interstate 81 near the Pittston exit.

We also found a State police SUV with front end damage near the entrance to 81 North in Moosic.