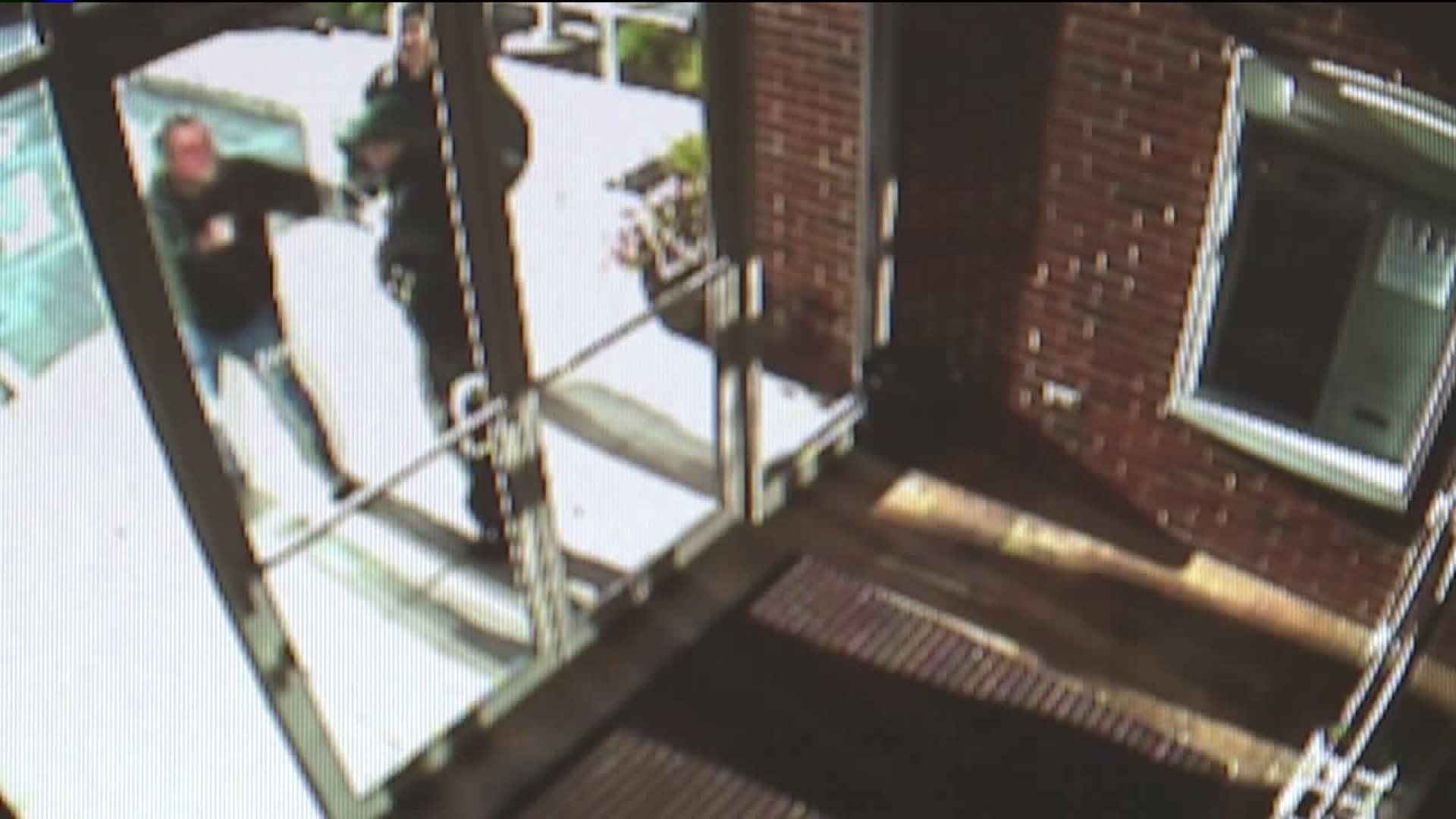 Both South Abington police and employees at Penn East Federal Credit Union are feeling proud. They say it's very rare to catch suspects involved with debit card skimming and cloning because of how frequently it happens all over the country.

"I've never seen anything like that," said South Abington Township Police Chief Robert Gerrity. "We have video from prior weekends where they spent more than an hour at the ATM at a time. It's quite a serious and quite an elaborate scheme."

"Now we're getting calls from victims from down south -- South Carolina, Alabama, Georga. These are the people whose identities were used here at the Penn East Bank. It's a major network and it's very widespread, unfortunately," the chief said.

The bank was closed at the time, but when an employee drove past on Northern Boulevard, she noticed a man inside the vestibule, but no car in the parking lot.

When South Abington police responded to the bank this past Saturday, they missed the suspects by about eight minutes. The getaway car was waiting in the Rite Aid parking lot next to the bank.

"Once that happened though, police set up an undercover operation. We were monitoring the cameras so when he came back again on Sunday, we called 911 and the police were already here," Debree said.

South Abington police returned the next day, this past Sunday, and waited for the suspect to exit the vestibule to close in on him. The two other suspects, who were waiting in the car in the Rite Aid parking lot, were also arrested.

Police say it appears the information that was stolen came from people living in the south, using skimming devices.

All three men involved are locked up.