Restaurants that started serving alcohol outside during the pandemic are no longer allowed to do so, according to the state. 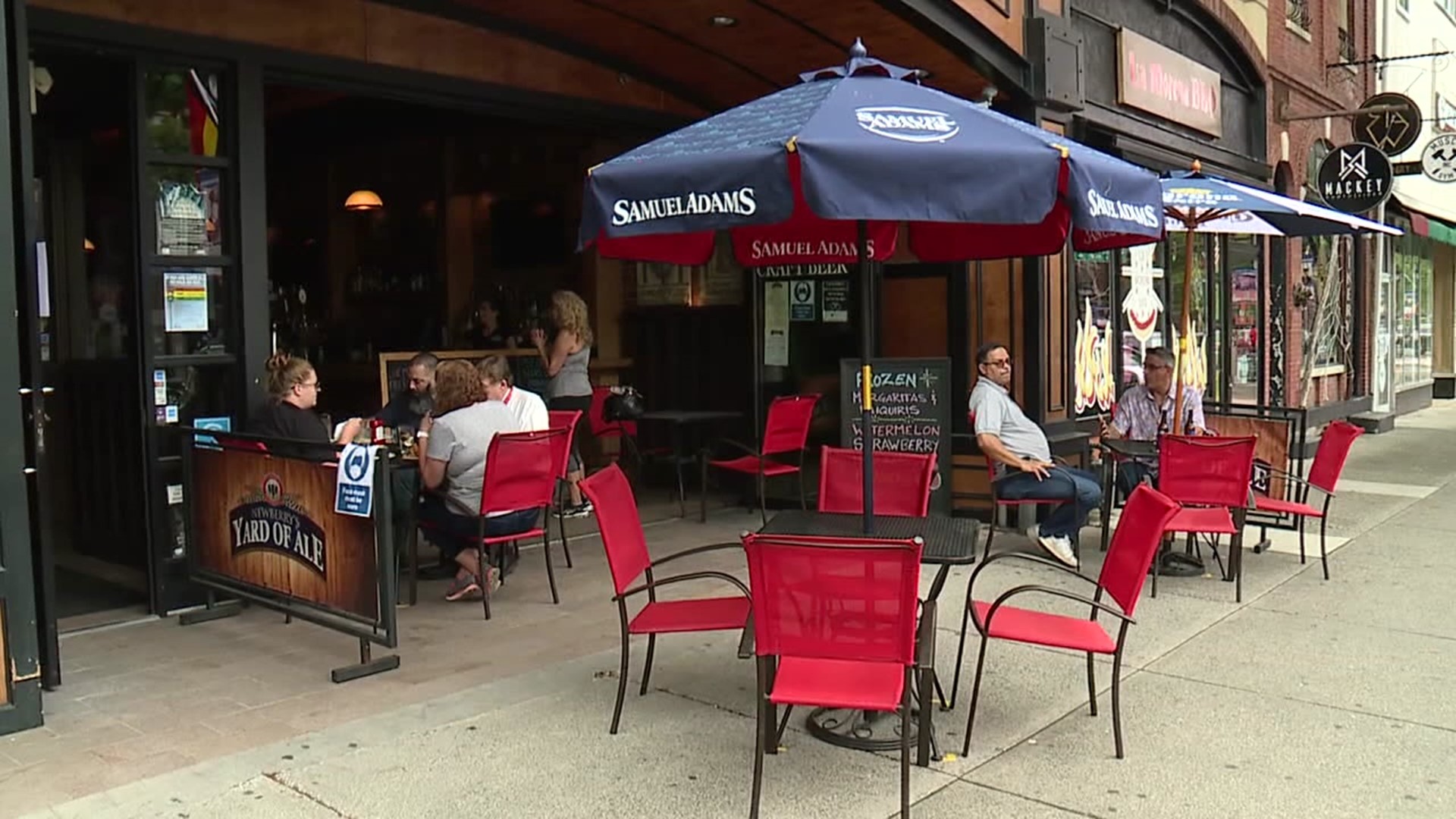 DICKSON CITY, Pa. — The tables set up outside of Smiler's Bar & Grill in Dickson City are all roped off. Within the last 24 hours, manager June Greene found out she's no longer allowed to serve alcohol on the sidewalk outside the restaurant.

"Last minute as always!" Greene laughed. "I'm bummed. I don't know if we'll be able to keep the patio. We can't sell any more drinks to go."

The Pennsylvania Liquor Control Board says now that Governor Wolf's emergency declaration has expired, so too have the temporary extensions granted for businesses to serve alcohol on sidewalks and in parking lots, a lifeline for many places during the pandemic.

"If all of your seats were full, you only had 30 to 40 people in here, which does not generate a lot of money. It costs a thousand dollars to open the door every day here," said Greene.

Greene says the customers loved sitting outside. She'll look into applying for a permanent license but has been told in the past, she doesn't have enough parking.

But at places that don't serve alcohol, such as Downtown Deli in Scranton, the hope is that outdoor dining on the sidewalk is here to stay."

"It's a beautiful day, beautiful weather, when it's raining even sometimes still people want to chill under the umbrellas," said Stas Postowski, a server at Downtown Deli.

Sidewalk dining is not new at Downtown Deli, but it was for a lot of businesses in Scranton last summer. The city passed an ordinance allowing businesses to use the sidewalks for outdoor dining.

A spokesperson from the mayor's office says the city is drafting a resolution to present to the city council, which would extend it until the end of the year.

As for statewide outdoor dining, there's a bill floating around to extend it, along with making cocktails to go permanent, but that bill is currently stalled in the state House.