Place at the Table for Veterans

DUNMORE, Pa. — Elementary school students in Lackawanna County extended an invitation to lunch. Any veterans in their lives were invited to the school caf... 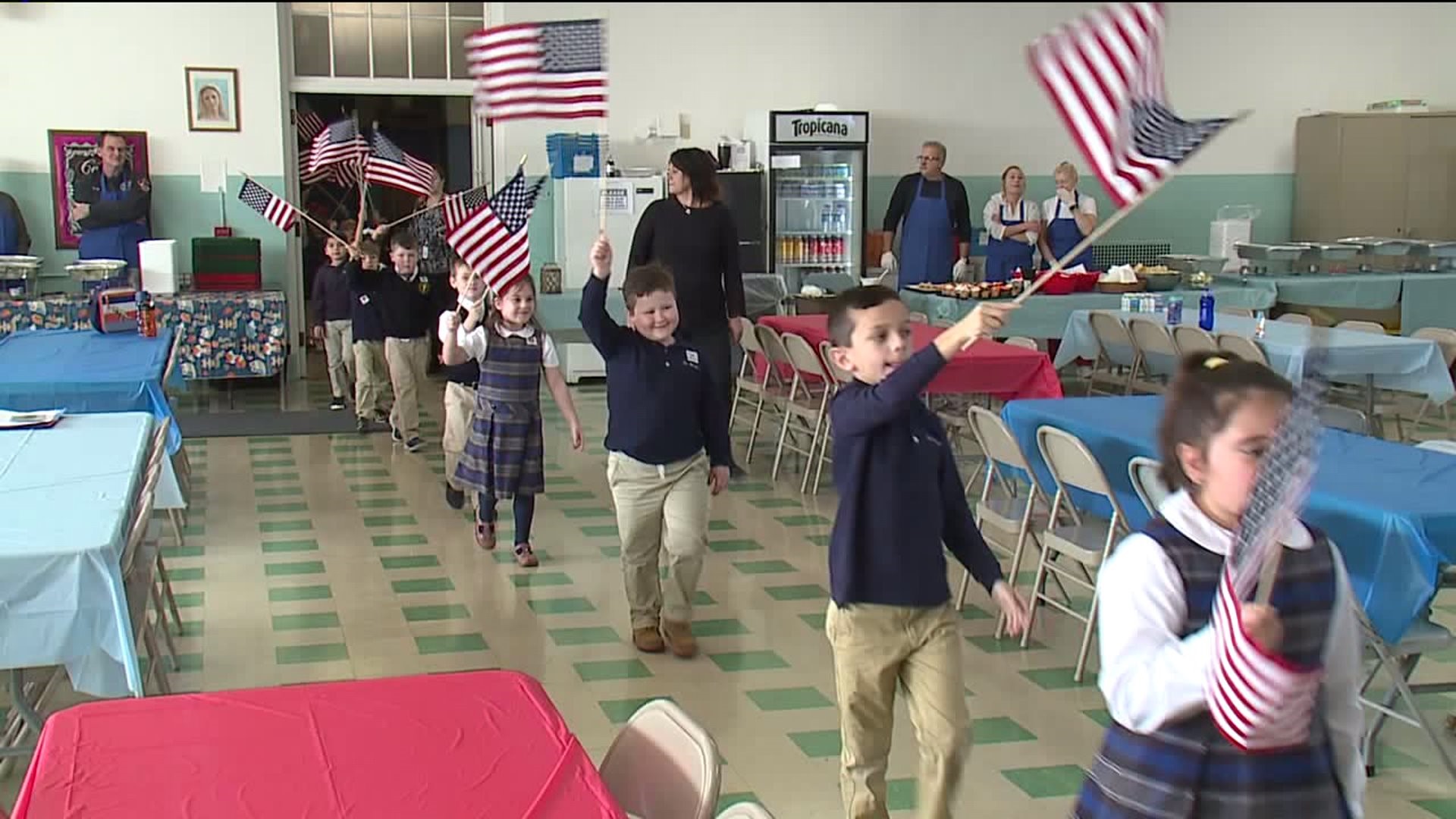 DUNMORE, Pa. -- Elementary school students in Lackawanna County extended an invitation to lunch. Any veterans in their lives were invited to the school cafeteria for a meal and a show.

Every other day of the year, these men are dad, grandpa, uncle, or friend. But on this day, they're being honored for their service to the country.

Students at St. Mary of Mount Carmel School in Dunmore treated the vets to a show and a Thanksgiving meal in the school cafeteria. It's not the reception that many of these men, Vietnam veterans, were first given.

"It means a lot, as we were discussing up there. A few of the veterans, when we came back, we were shunned, spit on, looked at in a different way," said Harold Nudelman, former U.S. Navy Seabee.

It's a thank you that's delayed but no less appreciated.

"Actually, we did this for them, so they could have a better life and a better world. That's what it's all about," said Bob D'Angelo, U.S. Marine Corps.

And it's clear that the kids get what it's all about.

"They're really special to the world, and then the people that did die get prayers from everybody. It's just special to have them here so they can enjoy their life," said third-grader Katarina Morris.

The veterans sit at what the students call "Tables of Honor."  Only eight veterans showed up last year for the school's first year doing this event. Now, that number has almost tripled.

"It's something that's growing, and I think the veterans really appreciate that the students understand that they did a great service for our country. And just watching them as they walk down the line and shake hands, it's a beautiful, beautiful thing to see," said Principal Cathy Sosnowski.