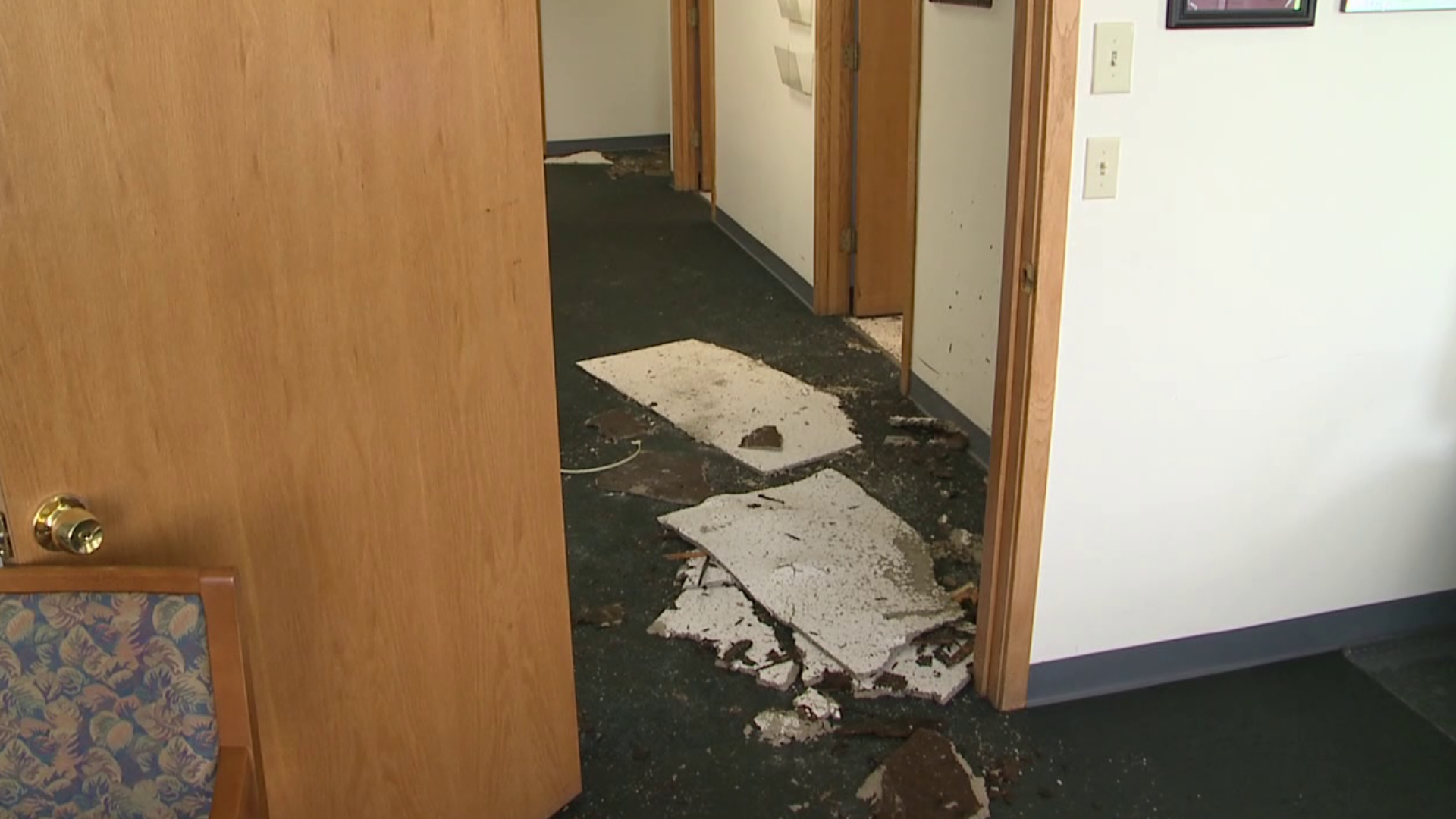 DICKSON CITY, Pa. — Ceiling tiles were on the floor, and the carpet was damp at Dr. Vithal Dhaduk's office in Dickson City after a pipe burst in his building.

The landlord said this was a freak accident. A pipe that was attached to a water heater broke. Water came down from the ceiling into the neurologist's office.

"Water sprayed all over the office, including all of the exam rooms, waiting room, as well as all of my storage of my charts and everything else," Dr. Dhaduk said.

Patients and staff rushed out of the building. Dr. Dhaduk said some of his computers were broken by the water damage.

"It was a disaster by that time everything was destroyed as you can see, the ceiling came down, and you can barely walk there, and everything was a mess," Dr. Dhaduk said.

Cleaning crews came quickly to clean up the mess.

The landlord tells Newswatch 16 the rest of the building did not have as much water damage. The neurologist's office bore the brunt of the problem.

Dr. Dhaduk was especially frustrated because patients were finally able to return to his office.

"Patients were not able to come to come for 3-4 months because of the corona situation because they needed to be seen, they needed their medication and so on, so finally we started getting back to the quote-unquote new normal," Dr. Dhaduk said.

He is hoping to be able to allow patients to come back to his office in Dickson City by next Tuesday.