SCRANTON, Pa. — A driver is in custody after a pursuit and a crash into a home in Scranton. Two teenagers are facing charges after leading police on a cha... 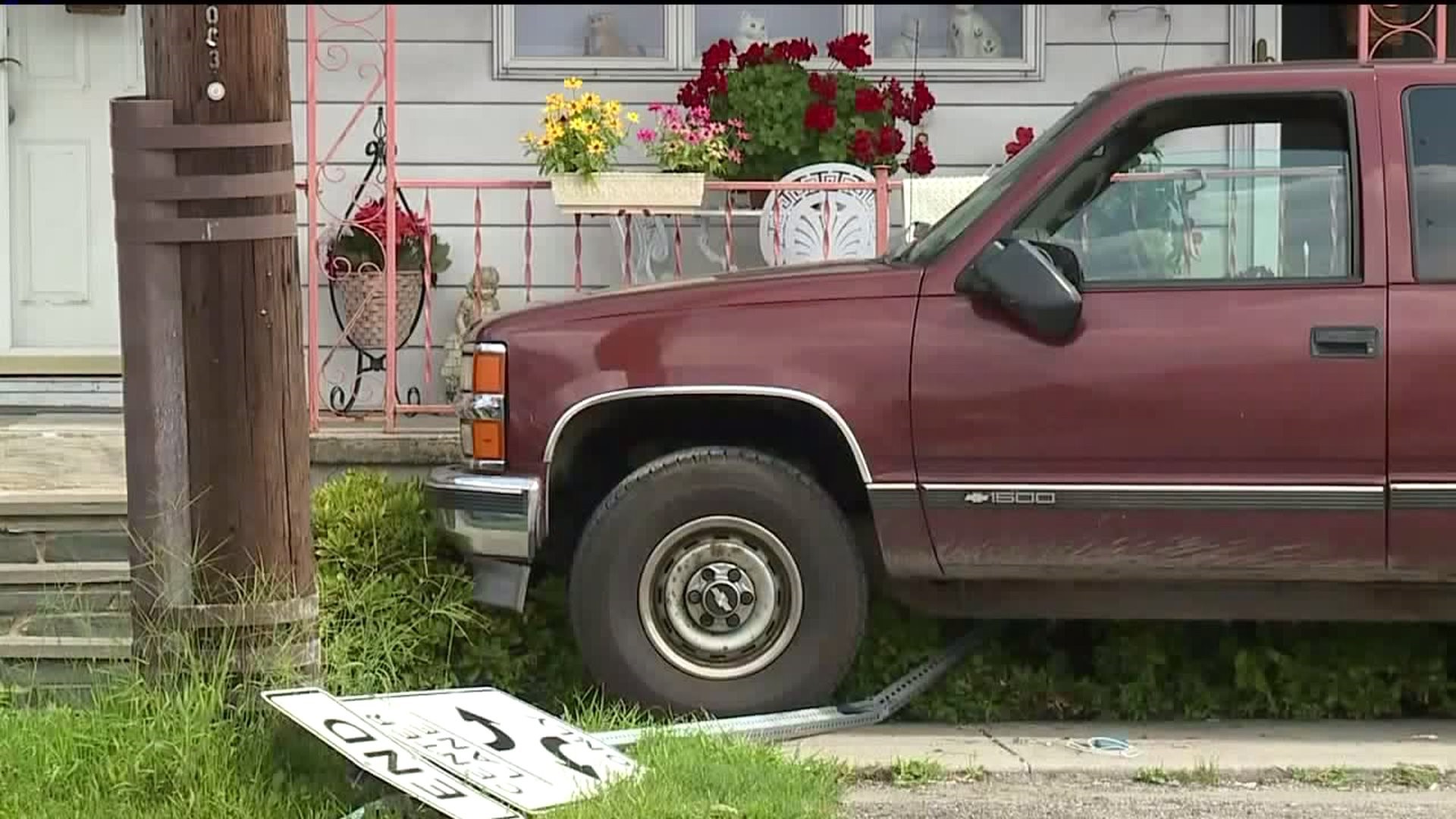 SCRANTON, Pa. -- A driver is in custody after a pursuit and a crash into a home in Scranton.

Two teenagers are facing charges after leading police on a chase in a stolen vehicle. That crash ended with the pickup truck crashing into a house in west Scranton.

"You're on the main street here, wide open but you never know what could happen so you always have to be on the lookout," said Sylvia Moraca.

Shock and disbelief were expressed after this pickup truck slammed into a house in the 1000 block of South Main Avenue.

Moraca, a nearby homeowner, was inside and heard a loud noise.

"I heard this big, big bang, you know? And I run outside and saw this broke away."

Taylor police say this truck was stolen and when officers spotted it this afternoon they took off after it.

The driver continued into west Scranton where he crashed into the house.

Police say he tried to run on foot but was caught.

Scranton police say the truck was reported stolen from a house on Sanderson Avenue in Scranton.

The owner of the truck wasn't home.

Police tell us he last saw his truck at 10 Sunday night and called the police Monday morning when it was gone.

"But I'm happy that no one got hurt and my mom's okay, so," Moraca's daughter Mary Lou Graziano was pulling up to the house and after seeing all the commotion and thought something happened to her mother.

"I came back when everything was already happening, police cars and ambulances so like I said I didn't know what happened so I immediately ran for my mom, so."

Graziano says she had just left her mother's home only minutes before the truck plowed into it.

"I was actually parked here 10 minutes before I happened and I took my niece home and I guess evidently God saved me so,"