SCRANTON — A pharmacist in Scranton is accused of stealing thousands of prescription drugs from the place where he worked. Keith Carson of Dunmore was arr... 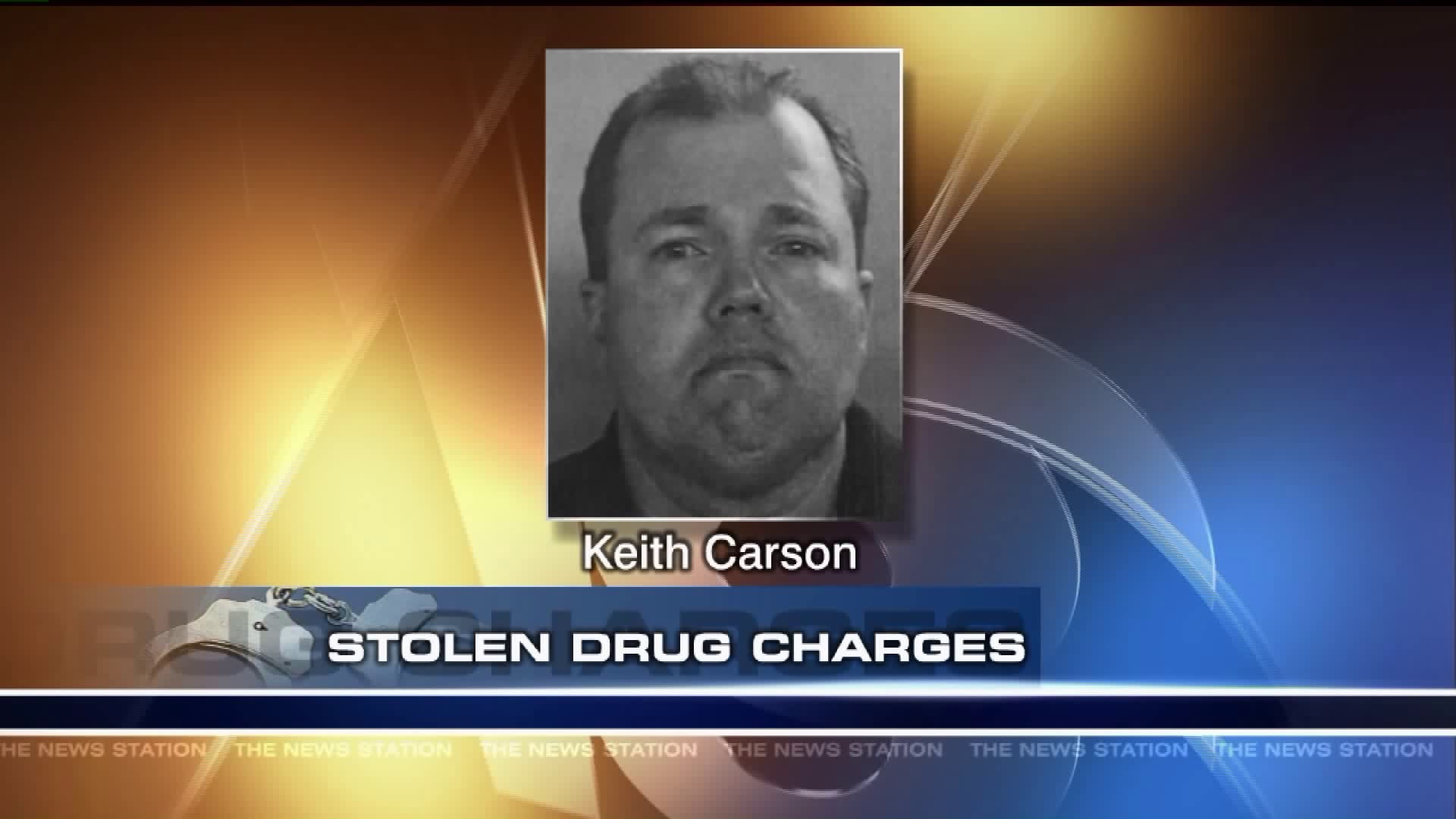 SCRANTON -- A pharmacist in Scranton is accused of stealing thousands of prescription drugs from the place where he worked.

Keith Carson of Dunmore was arraigned Monday night at the Lackawanna County Courthouse.

Carson is facing several charges for allegedly stealing thousands of prescription drugs from the Rite Aid in downtown Scranton where he worked.

Scranton police say Carson stole the pills over the course of three years.

Investigators say from 2013 through 2016, he stole thousands of pills, including oxycodone, hydrocodone, diazepam, and Tylenol 3 with codeine.

Some customers say he abused his role as a pharmacist.

"I just think that it's horrible because that's supposed to be the people that are not protecting us but distributing them to us and they should not be abusing their license and everything they have. They're taking advantage of the situation," said Courtney Sweeney of Jessup.

"I think it's terrible, especially for a man in that position, a professional," said Bruce Kizer of Scranton.

Investigators say the missing pills were discovered during a monthly inventory two weeks ago. The inventories are usually done by Carson. However, he was out of town this time.

When taken in for questioning, Carson admitted to giving those pills to a customer who had a prescription for oxycodone back in 2013. However, the customer--who Carson says he knows--would run out of pills before his new prescription was ready.

Carson told police he would give the customer extra pills and over the course of time, the number of pills Carson was giving him increased.

"I think that prescription painkillers are a lot worse than the street drugs," added Sweeney.

"It's an epidemic. It is, but it's terrible to hear about a professional," Kizer said.

While talking with police, Carson said he knew this would catch up with him eventually.

"Well, they're going to get caught is my thought. I don't know why they even try," said Diane Musewicz of Scranton.

Carson was locked up on $50,000 unsecured bail. He has a preliminary hearing set for June 15.