Pharmacies flooded with calls about vaccines

People are concerned they wouldn't be able to get their second dose in time after the state's announcement on Wednesday about mistakes in distribution. 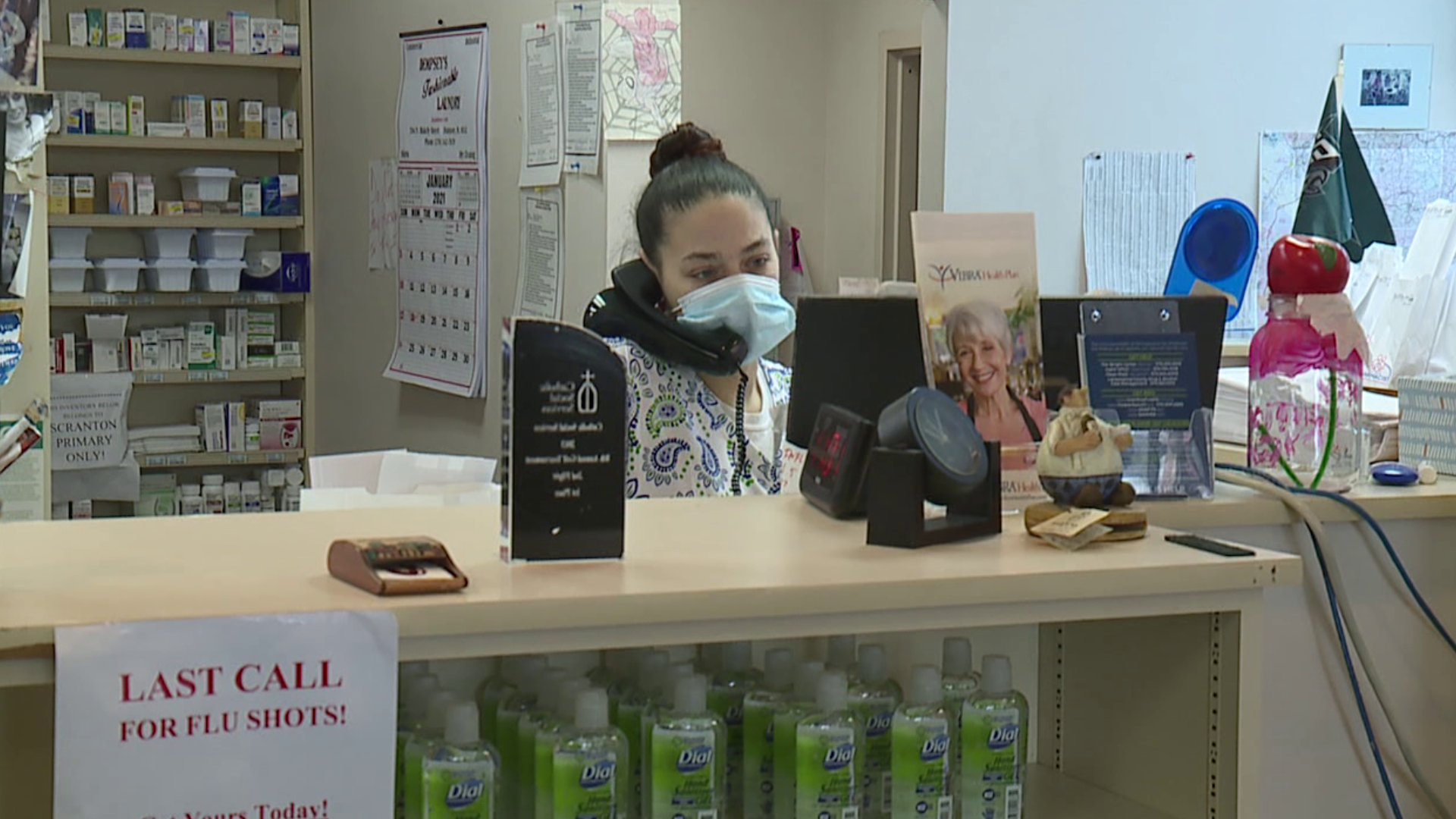 SCRANTON, Pa. — DiPietro's Pharmacy in Dunmore had to postpone its appointments for people to receive the second dose of the Moderna vaccine scheduled for Thursday and this weekend.

The Prescription Center in downtown Scranton is hoping it can still hold its drive-through vaccine clinic next Friday, but it may have to be delayed.

Phones at both pharmacies have been ringing off the hook after the state discovered that some providers were giving first doses of the vaccine using shots that were supposed to be for second doses.

As Pennsylvania plays catch up, small independent pharmacies are caught in the middle.

"I'm grateful that I'm stuck in the middle, and it's not just some corporate chain pharmacy that may not answer the phone for their customers," said Tom DiPietro at DiPietro's Pharmacy.

The question many of his customers are asking is whether they'll be able to get the second dose in time for it to be effective.

Moderna said its vaccine doses are supposed to be given 28 days apart, but the CDC guidelines offer more of a cushion. It says the second dose can be given up to 42 days after the first.

The pharmacists we spoke to say they're optimistic they'll get all the second doses they need by the time they need them, so they're asking people not to panic.

"We will have a second dose for them. It's just going to take a little bit longer than anticipated. But it will be safe and effective for them to receive their second dose up to 42 days later," DiPietro said.

"We're planning ahead for every event that we have scheduled for second doses as if they will be here for day 28, and we just keep notifying people that it's tentative. We're very hopeful that they're going to come, but there's really no way to know. We don't know until two to three days before day 28 if we're going to get the shipment," Ruane said.

Neither pharmacy is giving out first doses of the vaccine right now.

Names on the waiting list are already in the thousands.