SOUTH ABINGTON TOWNSHIP, Pa. — An animal hospital in Lackawanna County is helping first responders save the lives of pets while on the scene of fires. In ... 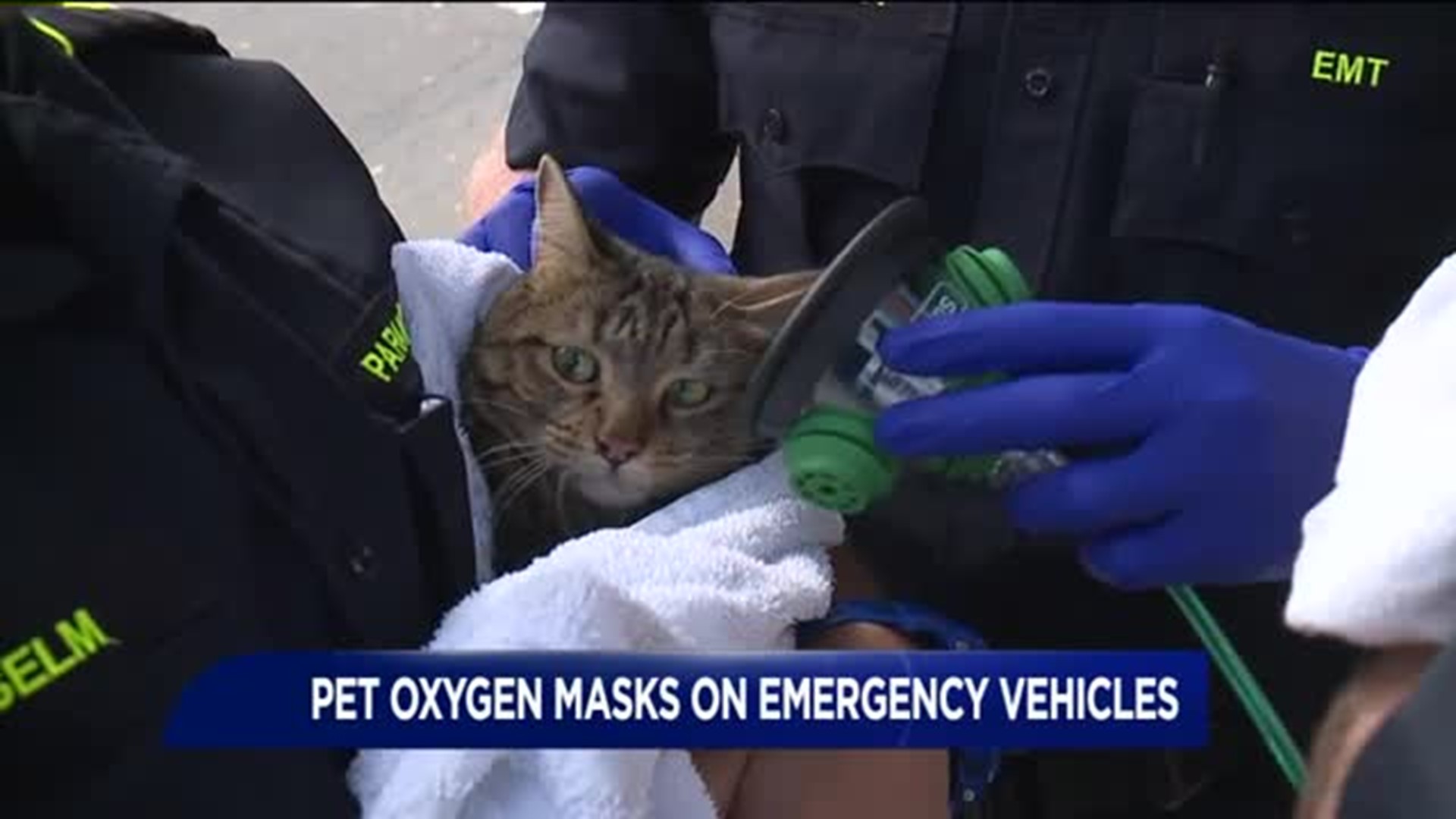 SOUTH ABINGTON TOWNSHIP, Pa. -- An animal hospital in Lackawanna County is helping first responders save the lives of pets while on the scene of fires.

In 2017, Newswatch 16 was there when a pet oxygen mask saved a cat's life in a house fire in Taylor. The mask was donated just one day before by the Veterinary Referral and Emergency Center (VREC) in South Abington Township.

"The smoke inhalation, because pets are smaller than us, they're very sensitive," explained VREC's Angela Powell.

Since that first donation, VREC officials have donated nearly 100 of these kits to first responders to several counties across northeastern Pennsylvania, including a hose company in Olyphant.

"We never really had a tool to save the pets, and we all wanted it. We're very thankful for the donation," said Olyphant Hose Company #2 Chief Justin Stalica.

After they received the donation, Olyphant firefighters got a training session on how to use the masks. The kit will now stay on the trucks for whenever they're needed.

"We'll absolutely save not only your property, yourselves. We do go after your pets, too. We all are pet lovers, and we don't want them to perish any more than we do human life," the chief said.

The pet masks have a different shape than human masks and that makes the process of getting oxygen to the animal faster and easier.

"Obviously, they have a longer face than we do. Their snout being able to be in there to get the oxygen is important," said Michael Schuman, VREC inventory manager and EMT.

"VREC has been open since 2010 and we recently just treated our 50,000th unique patient. The community involvement has been overwhelming and we couldn't do it without them. Any way we can give back is really just a bonus for us."

There are three different size masks in each kit depending on the size of the pet. VREC officials say they will keep donating to any organization who wants them.