People try to beat the heat at Lackawanna State Park

The park manager said attendance was low until the heatwave began; now it's gotten much busier. 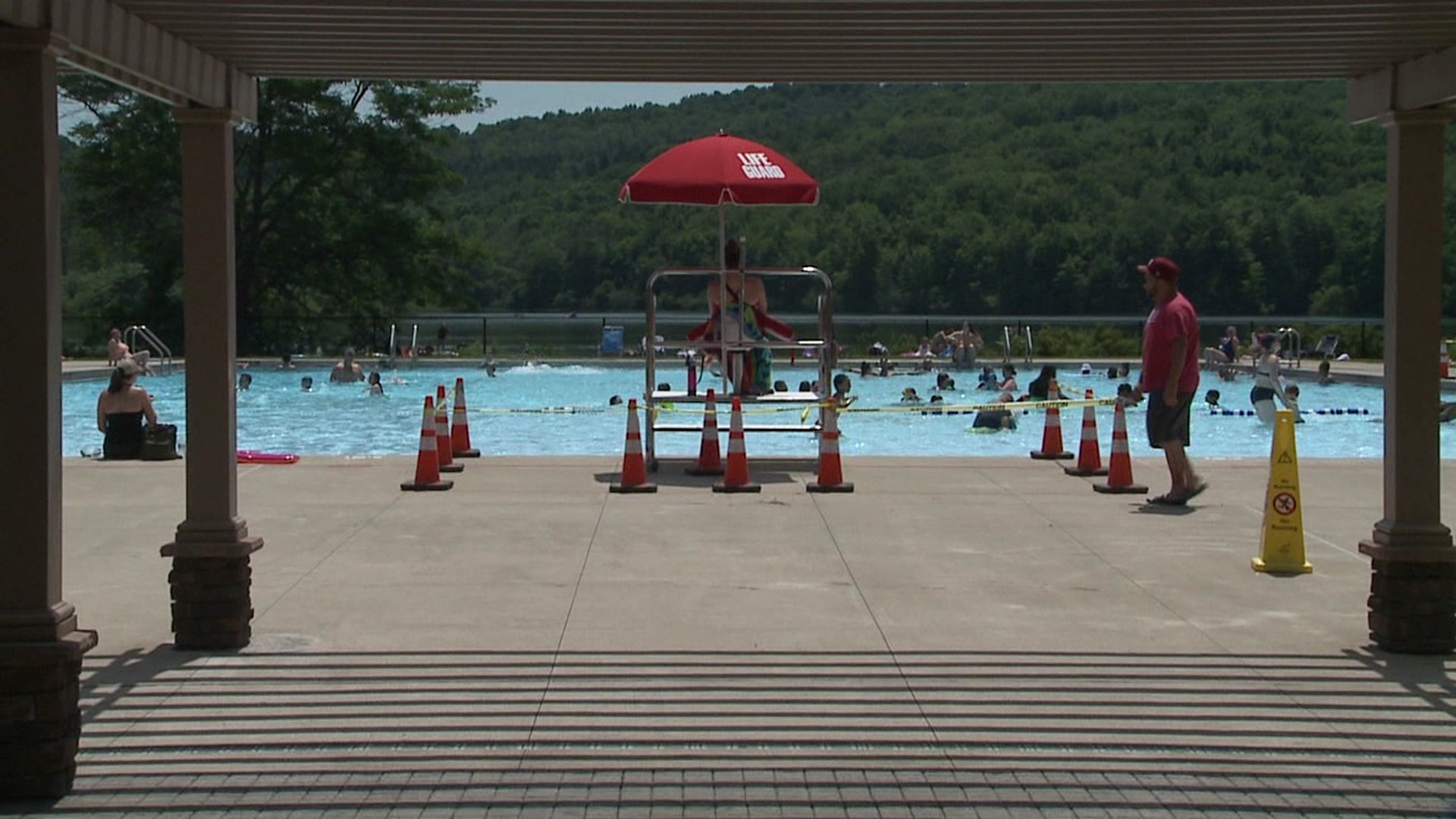 Anita Warren of Waverly was surprised by how busy the park was.

"Usually, the parking lots are three-quarters less full than they are right now. They're really usually pretty sparse," she said.

"We just go in the pool with the kids; they're having fun. There's cold drinks in there, so we cool off ourselves," said Annaa Kipen of New Jersey.

The park's pool reopened on June 20, operating at 75 percent of normal capacity.   Guests must wear a mask as they enter and visit the ticket booth, but once inside, masks can be removed.

The park manager said at first attendance was low, but as the heat has become more oppressive, it's gotten busier by the day.

"Numbers are creeping up.  As of yesterday, we started pushing near three, four almost five hundred people in the pool, said Rob Barrese, manager of Lackawanna State Park. "We are getting close to our 75 percent number."

Many visitors said the water amenities are nice options to have in the heat but preferred socially distant picnics and family gatherings.

Victoria Siess and her family enjoyed a picnic lunch.

"Just you know, enjoying the shade, it's just relaxing. Spending time with family, it's clean," she said.

Some visitors said it's been even hotter in places like New Jersey and New York.

Barrese said during the heatwave they have seen an uptick in visitors from out of state.

"Different states like Connecticut, New York, and New Jersey have had different rules governing the opening of their campgrounds, so that has had a massive impact on our park," Barrese explained.

RELATED: 'Good to be back,' cooling-off at the Selinsgrove Area Community Pool