People dealing with the aftermath of powerful storm in Lackawanna County

Some residents still do not have power after Wednesday's storm. 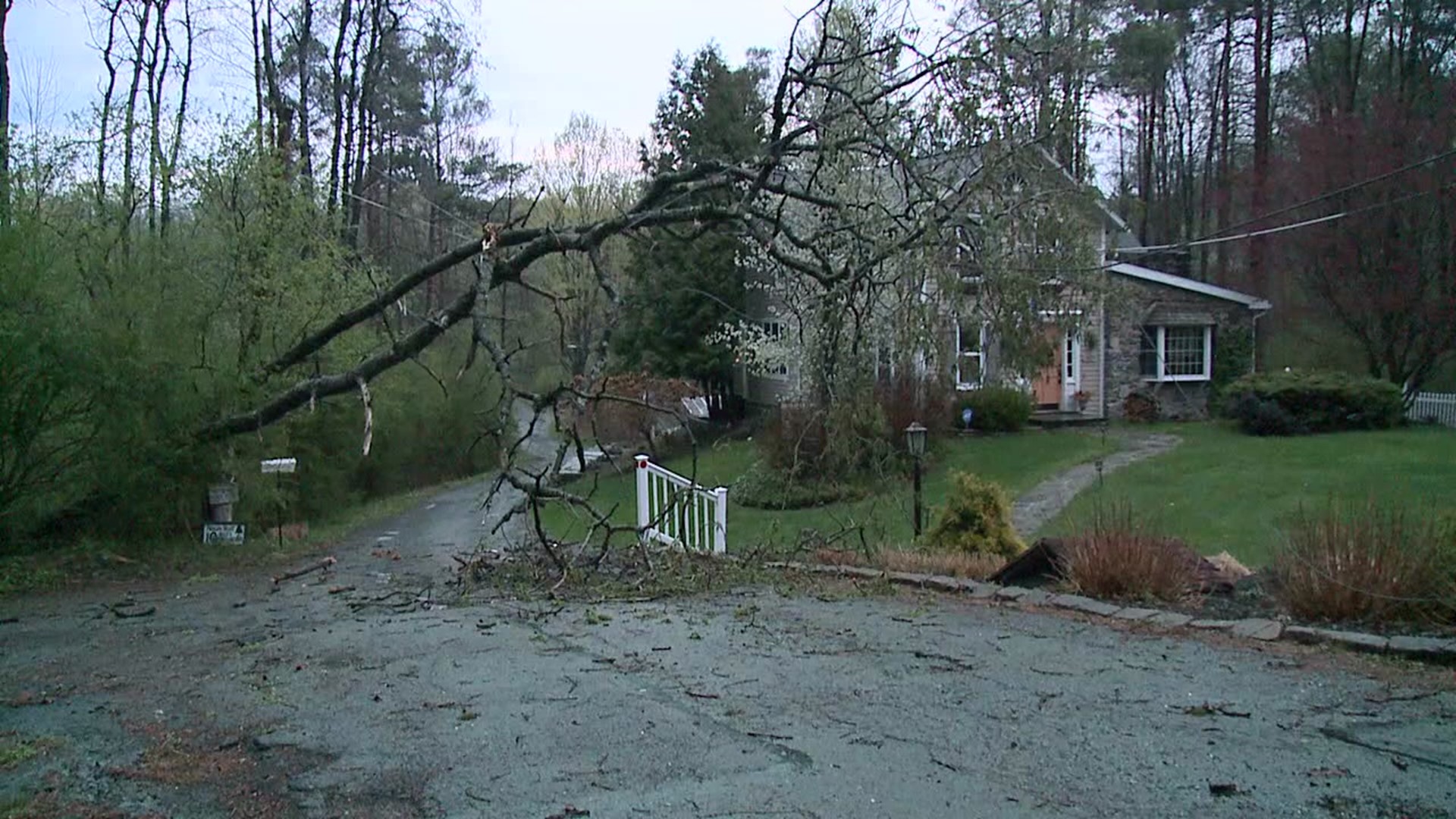 LACKAWANNA COUNTY, Pa. — McGrath's Pub and Eatery in Dalton was full of customers.

Some came here not just for the food and drinks but for the electricity.

On Wednesday night, a powerful storm whipped through this area.

Downed trees blocked roadways, and part of a storefront was ripped off.

Many people were left without power.

Bob Riley came to the bar looking to charge his phone.

Jeff Kiefer was driving through Routes 6 and 11 after a tree tumbled down.

"There were a lot of trees down on the side of the road. You could see where someone had come through, cut them up, and put them off to the side. It was a massive storm," Kiefer said.

People say the strong winds did a lot of damage.

"There was a neighbor's awning blown into our yard from up the hill a couple doors up the street. The street lights outside were bent backwards," Talia Walsh of Jessup said.

The bar and restaurant in Dalton also lost power Wednesday morning, but it was restored by about 3 p.m. Thursday.