SCRANTON, Pa. — In a matter of months, Scranton went from the indictment of its mayor to electing its first woman to the office. Paige Cognetti won in a l... 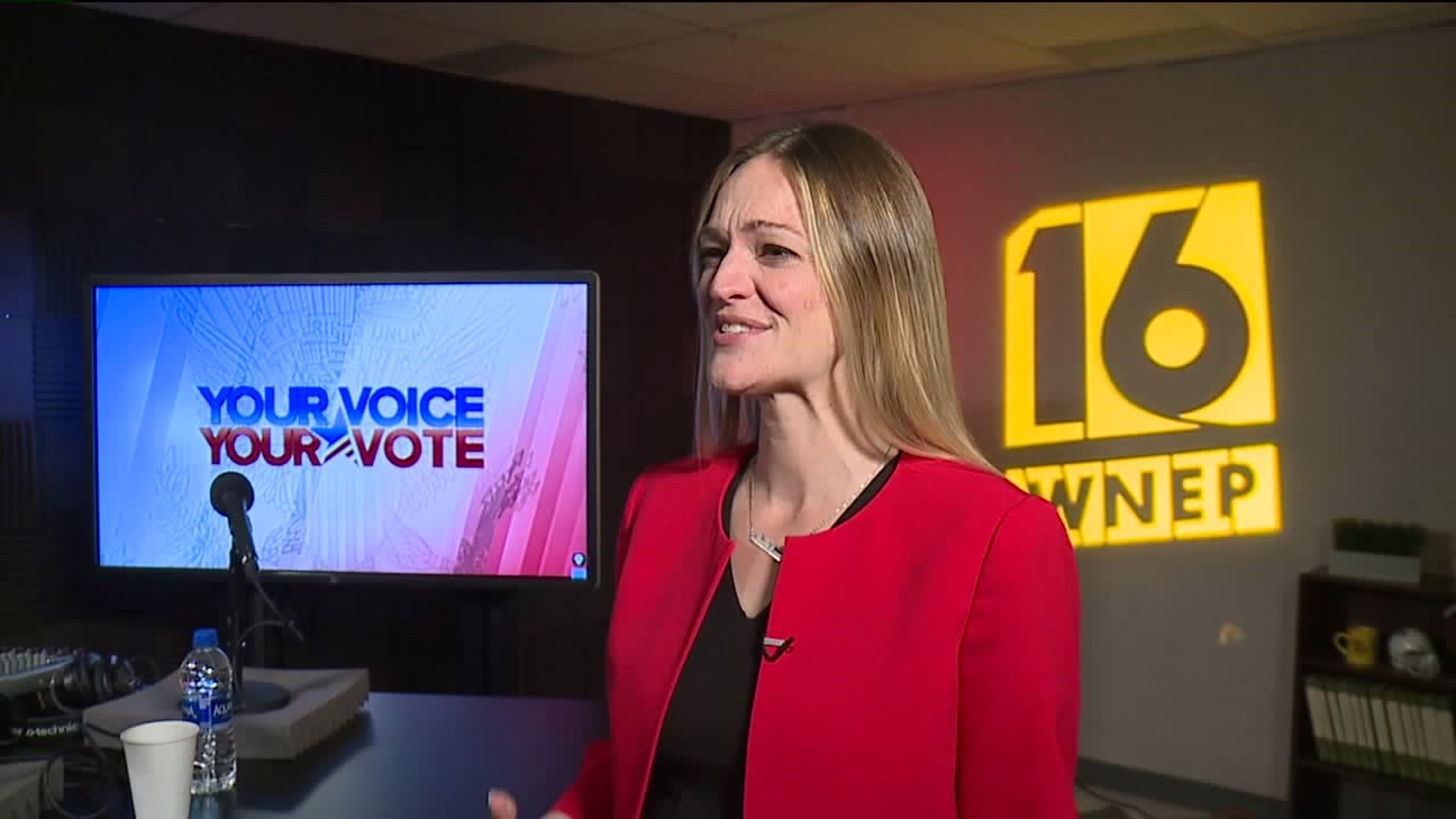 SCRANTON, Pa. -- In a matter of months, Scranton went from the indictment of its mayor to electing its first woman to the office.

Paige Cognetti won in a landslide Tuesday in the special election for city mayor.

The election for Scranton mayor was unprecedented for a few reasons; now, it's historic.

Cognetti will be the first female mayor in the city's 153-year history. Cognetti acknowledges that's she's headed to City Hall during a very difficult part of that history.

Cognetti's campaign promised a break from Scranton's old boys' club, and her campaign party Tuesday night reflected that. She arrived to a party full of people younger and newer to city politics than her.

"We had so many young people, so many from the University of Scranton, so many high school kids that volunteered. There was so much young energy around our campaign, and it was so much fun to walk in last night and have all of those folks there," said Mayor-elect Cognetti.

Cognetti spoke to us less than 24 hours after her landslide win in a special election for mayor.

In a field of seven candidates, Cognetti stood out since she's not from Scranton, she's female, and she didn't have a major party endorsement. She thinks the things that made her different secured her win.

She's not the kind of candidate you typically see in the Electric City, and she thinks that's why she won.

"Generally, I think people are tired of bad news, and they're tired of people in bad places, positions of authority who have let them down. This didn't start with the former mayor. We've had a criminal investigation ongoing in the school district, the city issue, the county has had its issues, and you can't discount the diocese," Cognetti said.

Former city councilman Wayne Evans has been serving as mayor in the interim.

"I'm thrilled that Mayor Evans has been in there. He really took over at a difficult time, and he's been kind of, like I said last night, paving the landing strip for the next mayor, so I'm grateful to him."

’Being the first woman, and having this little deputy mayor, is really, really exciting. I think I need to come off of this to be able to feel that emotion because I think it's something that I can't quite process yet, or else I'm going to lose it," she added.

Cognetti is due to give birth to her first child right around Christmas then, right after New Year's, she will be sworn in as Scranton's mayor.