Increased foot traffic on one walking trail in Scranton is causing problems that may force it to close. 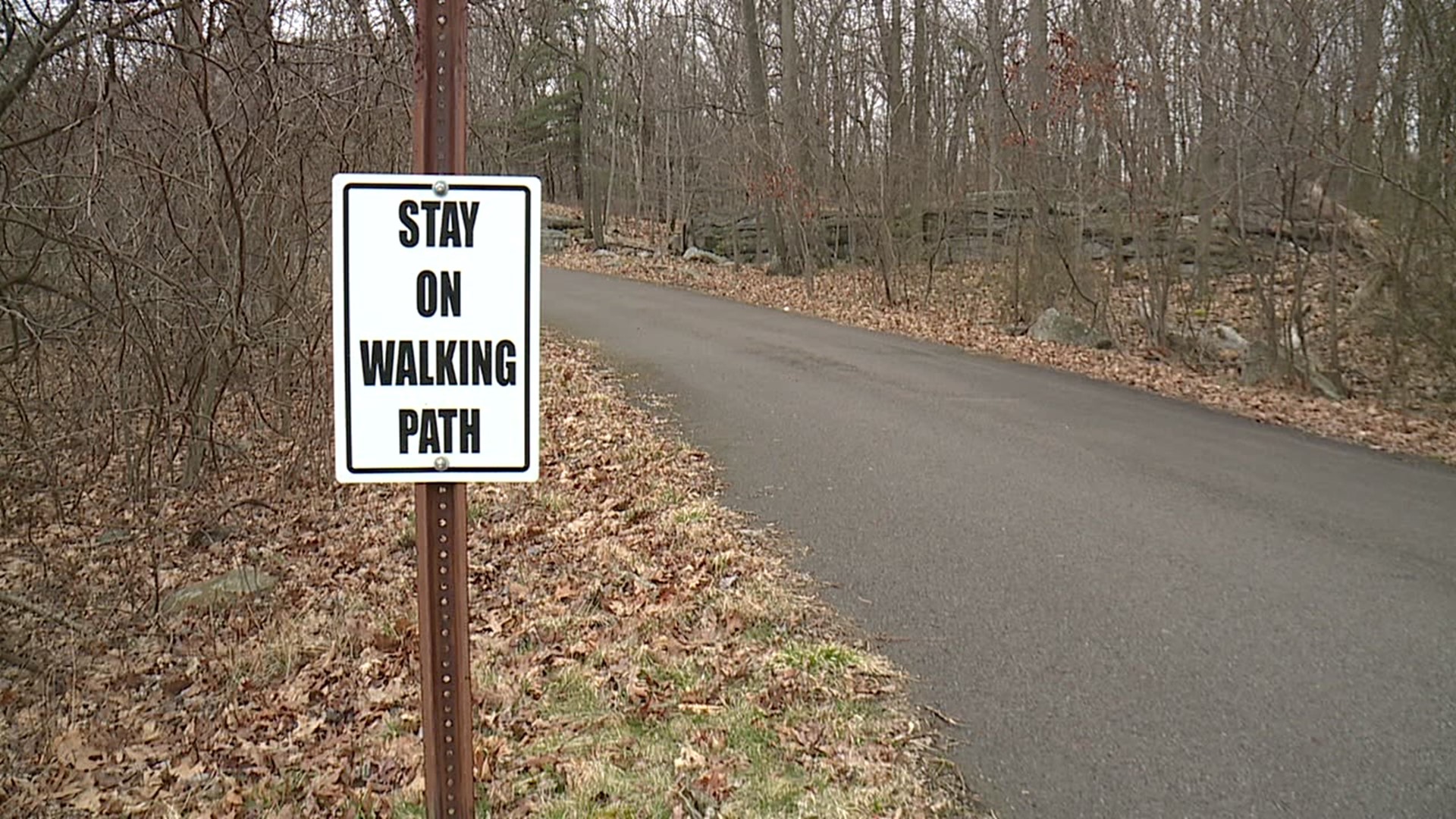 SCRANTON, Pa. — Even on a chilly, windy day, the Lake Scranton walking trail is full of people walking, running, and enjoying the fresh air.

For many people stuck at home, the trail provides a much-needed break.

"Going crazy inside, not doing anything. It's nice to get fresh air and walk and see different things," said Janel Nidoh from Scranton.

"I'm just trying to get out of the house and stay busy," added Mariah Strickland from Scranton.

But as more people spend time on the trail, more people ignore signs posted by Pennsylvania American Water, which lay out the rules that visitors are supposed to follow.

"We've seen a lot of increase of use of the lake and we're really excited that people are getting out and utilizing the natural resource, but we're also seeing an increase of litter, people bringing their pets, people riding bikes, and that's not permitted on this trail," said company official Susan Turcmanovich.

Pennsylvania American Water does not want to close the walking trail but if people don't respect the rules, the company may have no choice.

That would be a disappointment to people like Janel Nidoh and Mariah Strickland, who have been using the trail to get exercise while their gym is closed.

"It's like the only thing you can do at this point. So it would really suck if it closed," Nidoh said.

"I'd be upset," Strickland said. "We're used to going to Crunch Gym and stuff and they've been closed, so there's not much to do at all."

Pennsylvania American Water says its employees have been responding to more and more complaints at Lake Scranton, which takes them away from more pressing duties.

"They're in our plants and they're supplying water to 130,000 customers in the valley and I think that's pretty essential," Turcmanovich said.

The company hopes that a few don't ruin the trail for many.

"This is a beautiful 3-and-a-half-mile trail and we want everyone to use it, but we also want people to be mindful and keep it as nice as it is," said Turcmanovich.

Because the sound of the lake lapping at the edge of the woods is something we could all use a little more of in our lives right now.