SCRANTON — PennDOT worked with Santa on Wednesday on a special project. Employees in Lackawanna County helped deliver presents to preschoolers in Scranton... 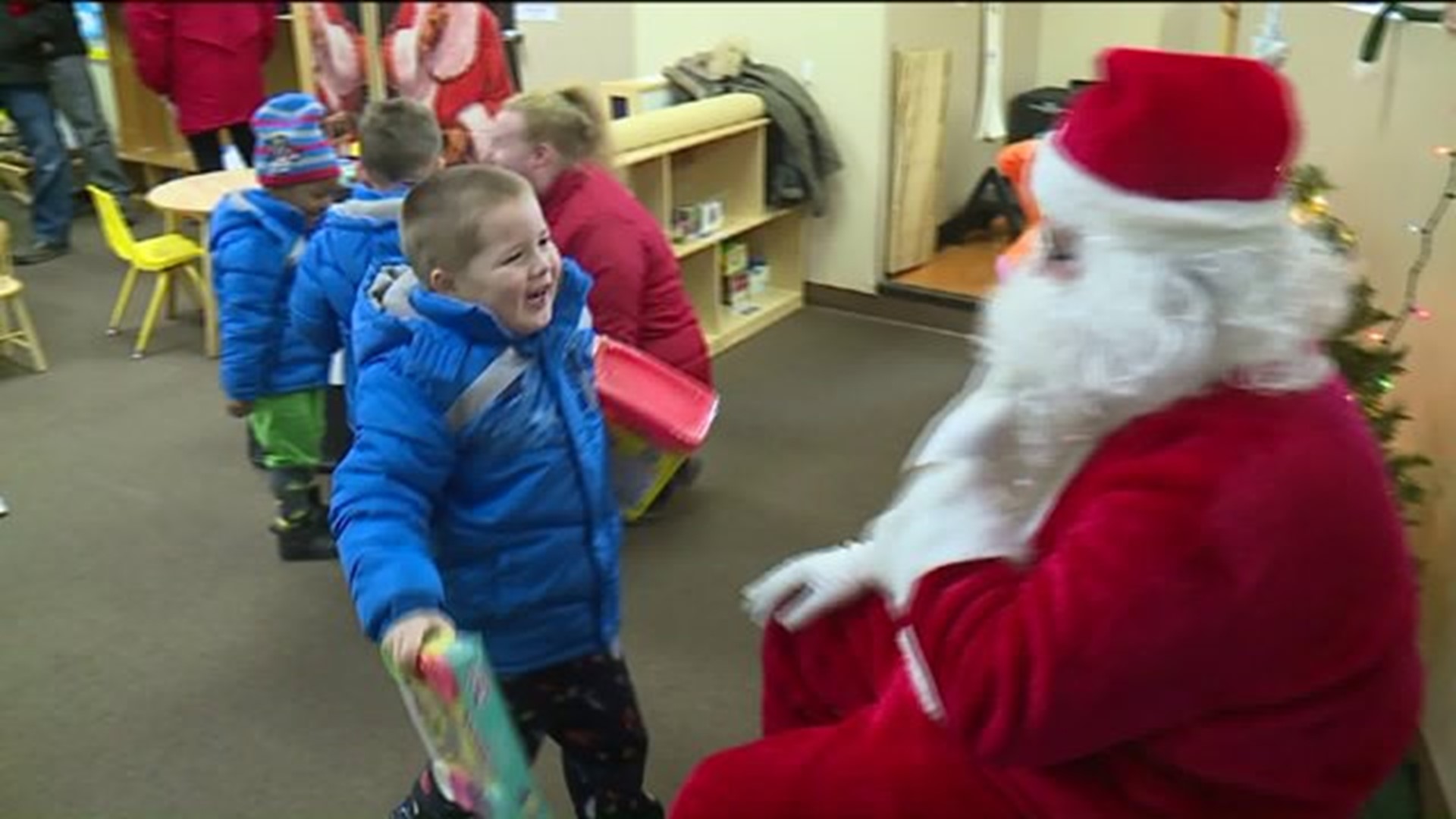 SCRANTON -- PennDOT worked with Santa on Wednesday on a special project. Employees in Lackawanna County helped deliver presents to preschoolers in Scranton.

The man in red rolled in on a big red fire truck and greeted the 3 year olds and 4 year olds at West Scranton Head Start. This was set to be one of the best school days all year.

One by one, they got a chance to speak directly to the big guy and get a present. You have to admire their restraint. There was no ripping until the teachers said so.

"He sat on Santa's lap, and he told him he wanted Optimus Prime and that's exactly what he got, so he's happy," said Corinne Meyers.

Santa got some help from PennDOT.  District Four employees from northeastern Pennsylvania treated those Christmas requests with care.

"Just to see them happy, you know? And get that little bit of extra help that, I don't know, you always rush around on the holidays, so it's nice," Meyers added.

With help from Chinchilla Hose Company, and Santa, of course, PennDOT spent the past few weeks raising money for gifts for close to 70 kids at Head Start.

"Oh, it's exciting," said PennDOT official Mike Taluto. "You get to see the kids smiling and the joy on their face to get the gifts and get to see Santa."

The kids can't see Santa's secret helper, so it's the parents who feel the full appreciation.

"A lot of our families, they don't have that much so you know this is a great opportunity for them to get that little extra for Christmas," said Diane Sniegowski, West Scranton Head Start.

A little extra to take home and the memories to last until next year.