PennDOT Prepares for Winter Storm in State of Emergency

DUNMORE, Pa. — A news conference was held Friday afternoon to let people know that PennDOT is preparing early for this storm. A truck ban will be in place... 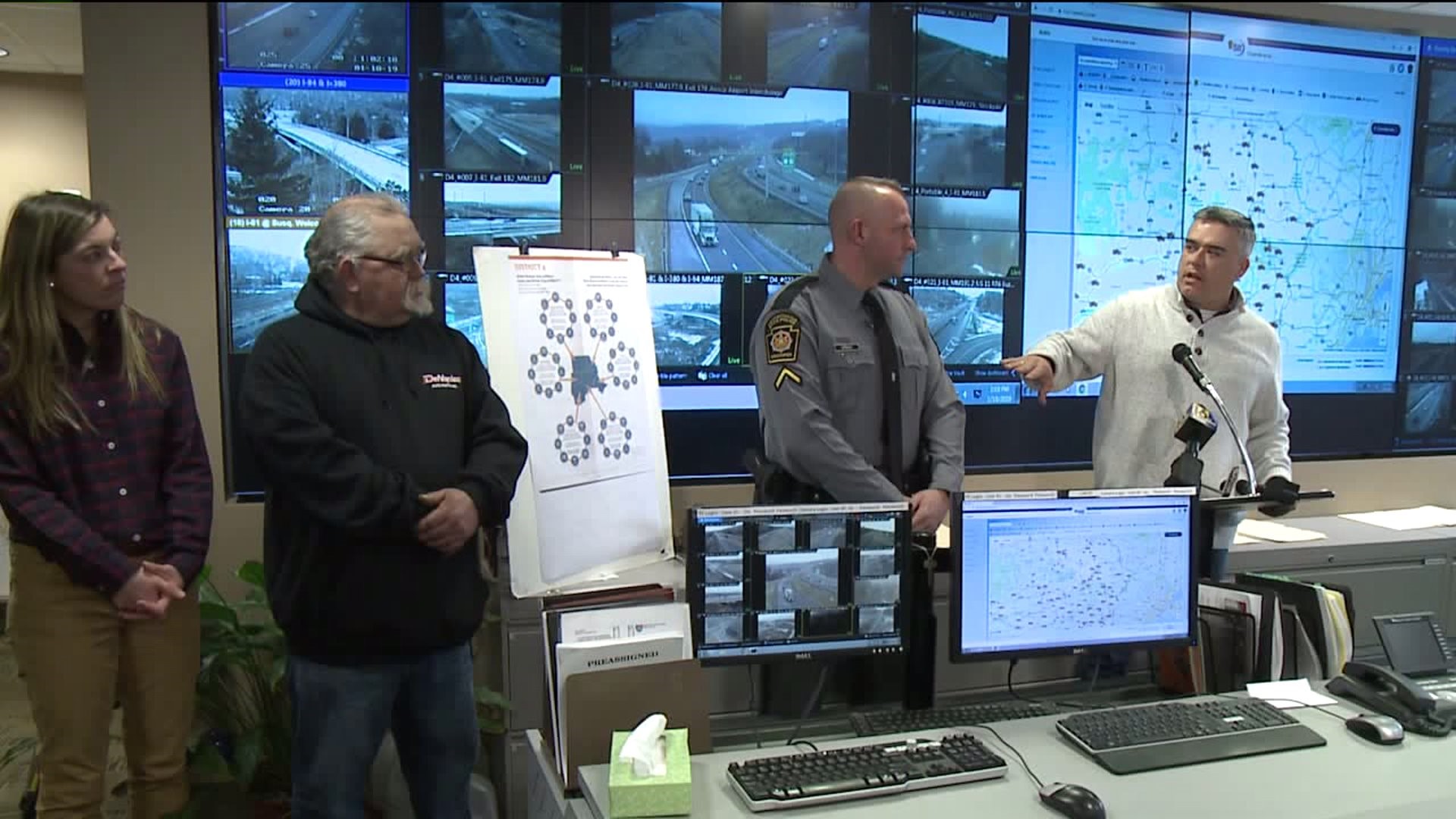 DUNMORE, Pa. -- A news conference was held Friday afternoon to let people know that PennDOT is preparing early for this storm.

A truck ban will be in place from noon Saturday until noon on Sunday.

PennDOT hopes the ban will keep the roads clear for plows.

Drivers we spoke with in Dunmore are preparing to stay inside.

"It's the middle of winter. It's on a weekend. Stay home. Be safe. It shouldn't be that big a deal. People shouldn't have to go out in it and they should try and stay home," Michael Carr said.

And that's exactly what PennDOT wants you to do. The agency held a news conference about the storm at its command center in Dunmore.

"PennDOT has come a lot way. Snow removal is now a science. It's not just an activity. It's a science," said assistant district executive for maintenance Dennis Giordano.

"We'd like to urge to the motoring public, if you don't have to go out during this storm, don't do it. Stay inside and get enough supplies to last you for a week if need be," advised Trooper Bob Urban, Pennsylvania State Police.

The governor has declared a state of emergency and has banned tractor-trailers on the interstates for 24 hours starting at noon.

"When we're in a situation where these trucks are blocking the traffic and they're holding everybody else up, it becomes a safety issue and that's when you end up with people stuck alongside the road," said PennDOT official James May.

PennDOT says all hands will be on deck during the storm. The agency has about 100,000 tons of salt and anti-skid for the roads and will have more than 235 trucks out in our area during the storm.

In addition to plows, tow trucks will also be out.

"We deploy emergency wreckers that are in strategic locations on hills and curbs and inclines. We have eight of them that will be out throughout the course of the storm; four in Luzerne, three in Lackawanna, and one in Wayne County," Giordano said.

If you do have to travel during the storm, AAA's advice is to make sure that your car is prepared for the storm and that you have an emergency kit with food, flares, and other items.

State police also say they will be towing cars that are abandoned along the highway.