PennDOT Has All Eyes on Storm Weather

DUNMORE, Pa. — PennDOT has been treating Thursday’s spring storm threat just like a winter storm. Crews were out preparing the roads for the rain an... 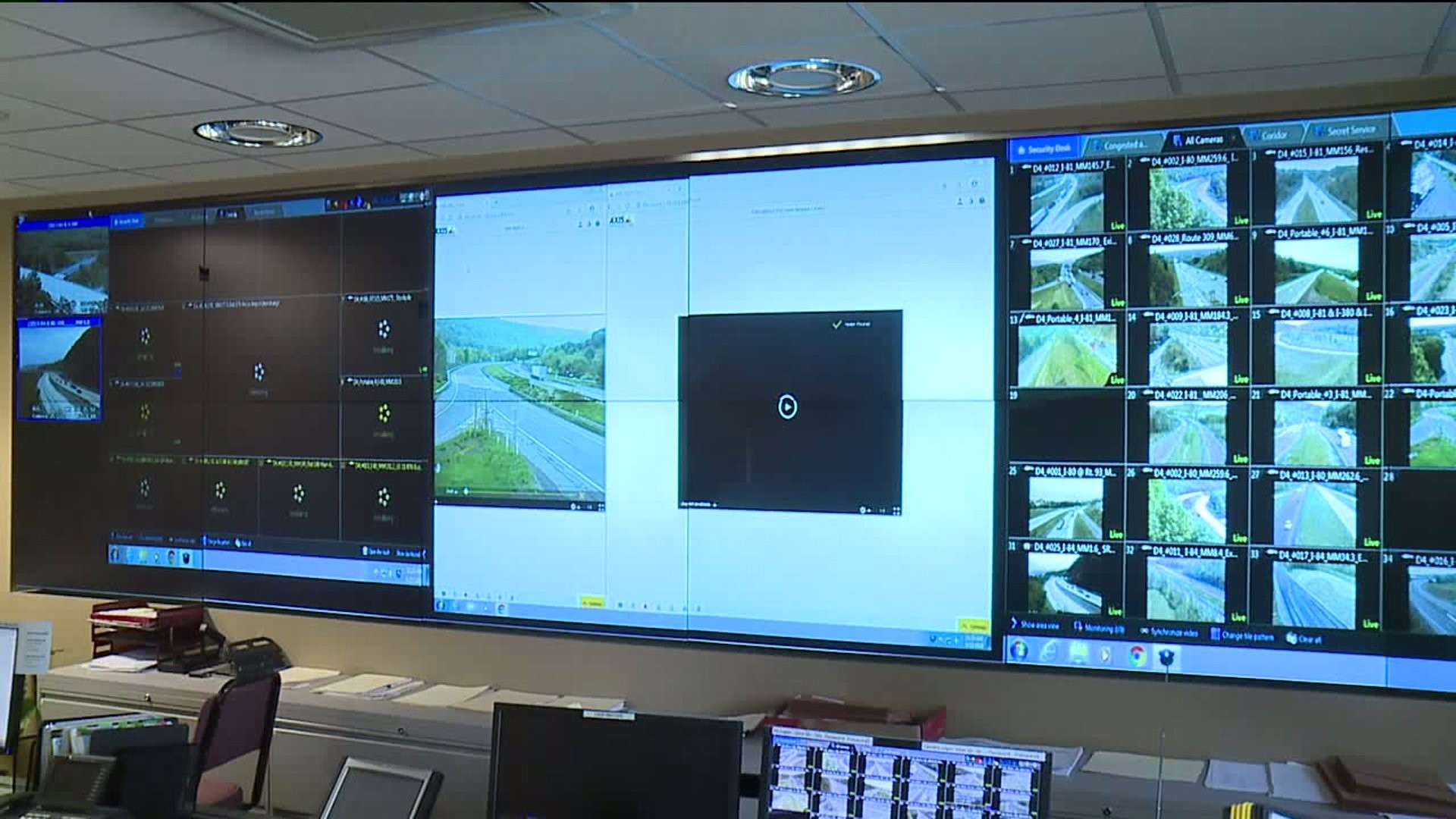 DUNMORE, Pa. -- PennDOT has been treating Thursday's spring storm threat just like a winter storm. Crews were out preparing the roads for the rain and wind instead of snow, and even prepared to monitor the conditions just like they do in the winter.

For most of the day, PennDOT had been preparing to respond to the storm threat just as it would a blizzard. The concern was that the already saturated ground could lead to flooded roads and fallen trees.

May says they're treating this stormy weather like they would treat a snow storm with PennDOT employees putting in extra work to keep a close eye on how the rain and wind affect the roadways.

"Any time you have the high winds and the heavy rain, our concern is going to be trees coming down onto the road, and then also any type of flooding. We have crews out right now that are making sure the drainage, the inlets on the drains, are all cleared out, so the water can flow."

The employees at the incident command center at PennDOT's District Four headquarters in Dunmore say the last time they were here in the off-season was during the 2011 September flooding in our area.

While this storm was expected to be minor in comparison, PennDOT was concerned the already saturated ground may cause some problems.

"There probably will be some trees down, there may be flooding, so when that happens, people can always call 1-800-FIX-ROAD, report that to us. That information will then be passed to here and we can call out to the foremen to get people out there to make sure those incidents are cared for," May said.

PennDOT called off the incident command center about 4 p.m. Thursday but employees will still receive information from calls and tips online.

They say the incident command center is an option for all kinds of severe weather, no matter the season.