TAYLOR — Art and the Pennsylvania Department of Transportation are two things that aren’t typically grouped together. But, in this story they are, a... 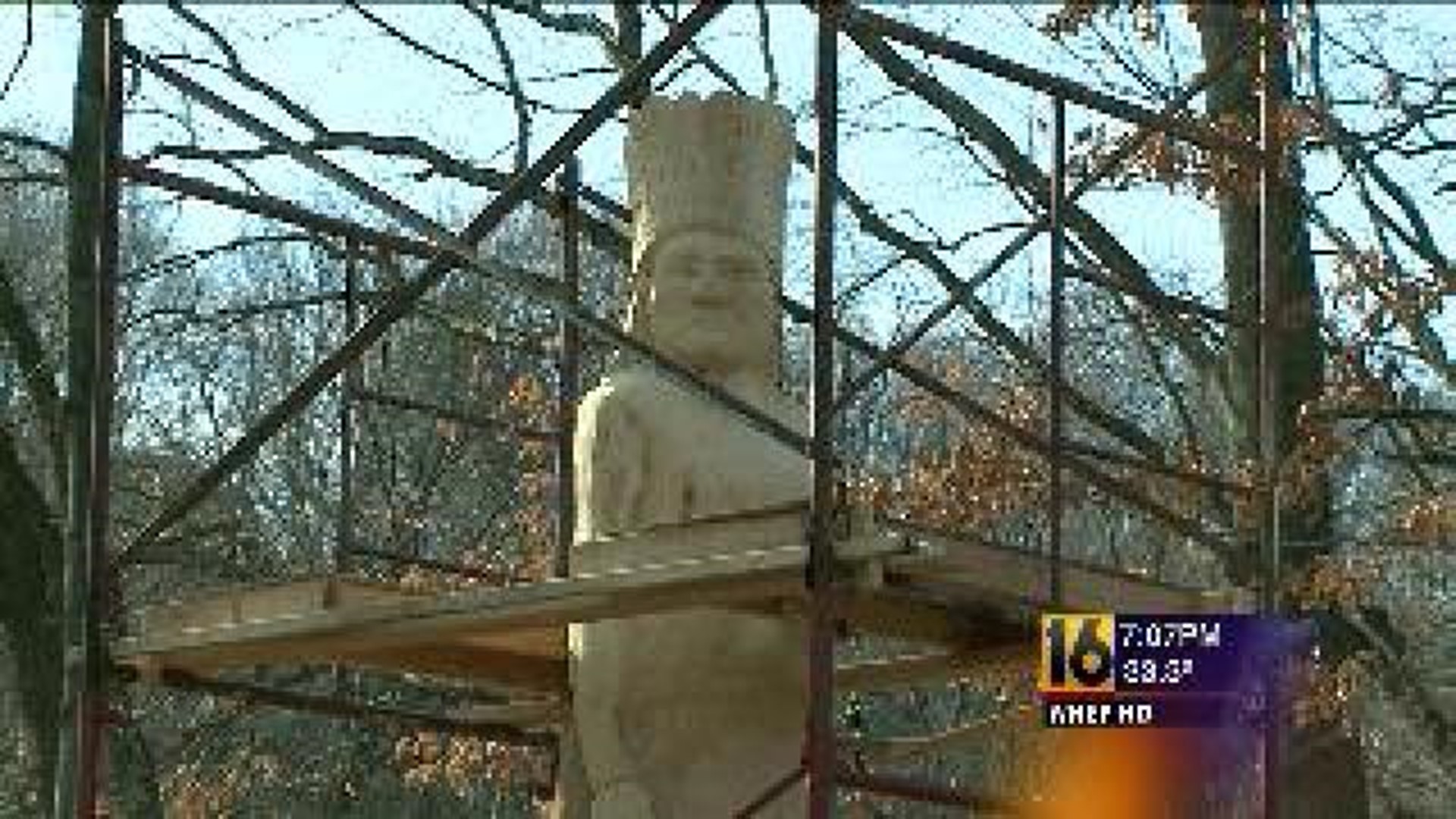 TAYLOR -- Art and the Pennsylvania Department of Transportation are two things that aren't typically grouped together. But, in this story they are, after a PennDOT employee working on a hiking trail had an idea.

Every weekend, Tom Austin from Newton Township takes a trip out to a remote spot in Taylor, and there he finds his solitude.

"Silence. It's amazing you're between two big towns and you can't hear anything," said Austin.

The spot is along an unfinished part of the Lackawanna Heritage Valley Trail, where Austin's been working his weekday job with PennDOT. But, on the weekends he goes from contractor to artist, working on his biggest project yet. A 15-foot sculpture of a Native American chief that's starting to take shape.

Austin is a veteran carver, but has never tackled a tree quite this big and admits he didn't really know what he was getting in to.

The chief's features came out as Austin carved, he didn't have a specific plan, but it's how he stumbled upon this project that's the real story.

Austin first came down to the trail in Taylor to make a clearing to build the trail, but he and his supervisor decided to meander the trail instead to save some of the trees.

The tree he's carving was supposed to be cut down because it was damaged.
At that point, three months ago, Austin said turning it into a sculpture was strictly an idea. He didn't think his bosses at PennDOT would go for it, but they did.

"My stomach squeezed up a little bit. It's a great thing, it really is, to be given the opportunity to express yourself," added Austin.

"The fact that Tom would come out here on his own time, after work and on weekends, and volunteer to do something like this, I think it's just incredible, and it speaks so highly of him," said James May, PennDOT spokesperson.

Austin said if he tried to purchase this much wood on his own it would cost him thousands. So, this is a good way to re-purpose a tree that otherwise would be a stump.

He expects to have the sculpture done by the time the trail opens next year. Until then there's no telling how long this will take.

"Until I'm satisfied," he said.