DUNMORE, Pa. — Penn State Scranton honored the origin of the satellite campus’ original name Tuesday. The campus in Dunmore is not known as Penn Sta... 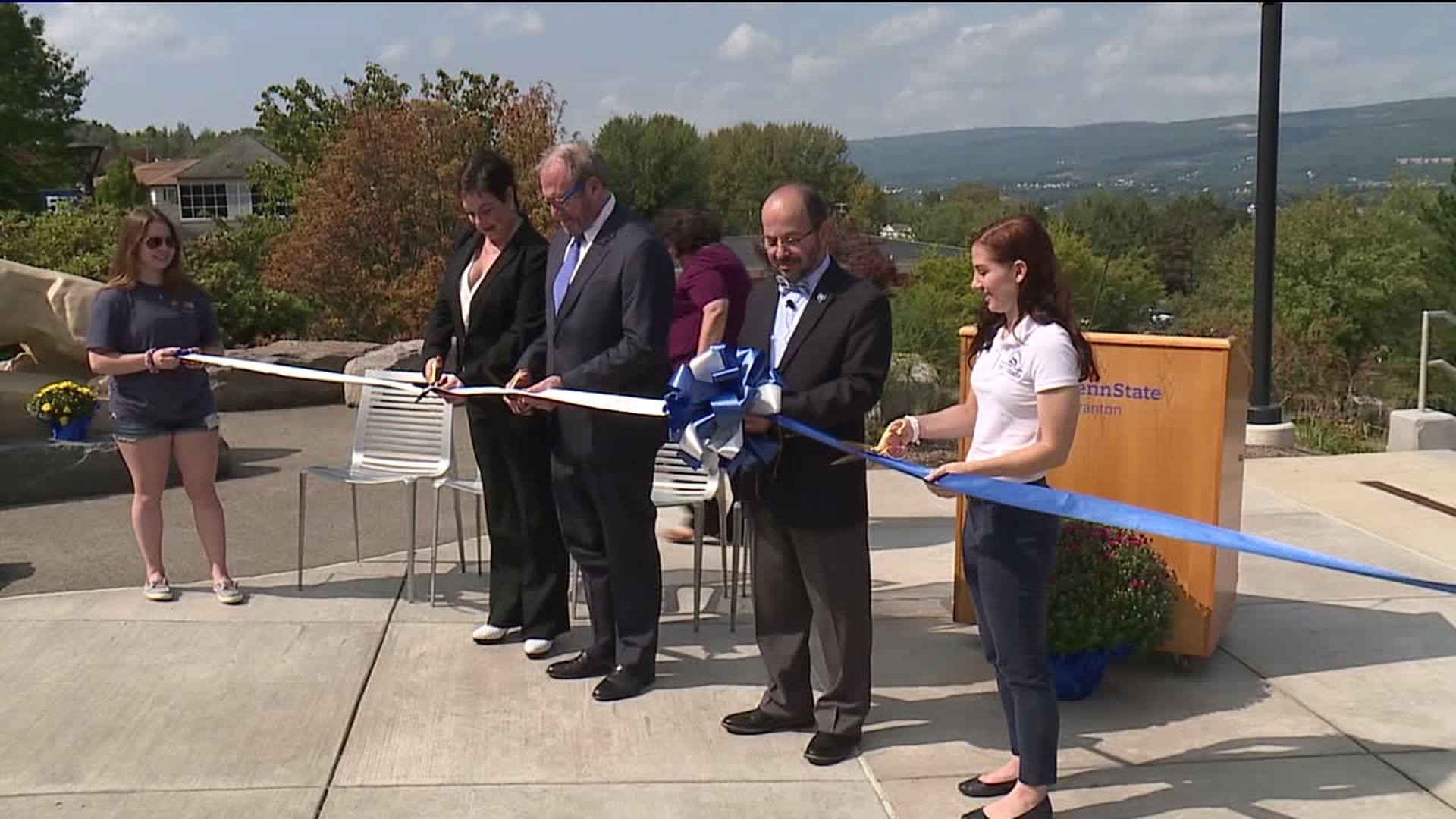 As part of its 50th anniversary last year, the Penn State satellite campus in Dunmore re-branded as Penn State Scranton.

You may not know that the school's first name, Penn State Worthington, was actually a first name after Worthington Scranton, a descendant of the founders of the Electric City.

Worthington's descendants agreed that the name change on campus was a good idea.

"That was Penn State's original intent because when he was governor he was very adamant about funding education, Penn State and other higher universities. He believed in higher education for our area and his spirit is very much in this," Scranton added.

The markers were part of a bigger project to renovate a patio on campus where students can gather.

The patio project was, in part, designed by the students themselves.

"We wanted to be able to have classes out here, make it more inviting for people to not have to eat in their cars, and be able to eat on campus," said Penn State junior Emily Scarfo.

The patio now honors Penn State's past and future.