COURTHOUSE SQUARE — Many attend ceremonies recognizing the anniversary of the bombing of Pearl Harbor every December 7, but the ranks of those who were th... 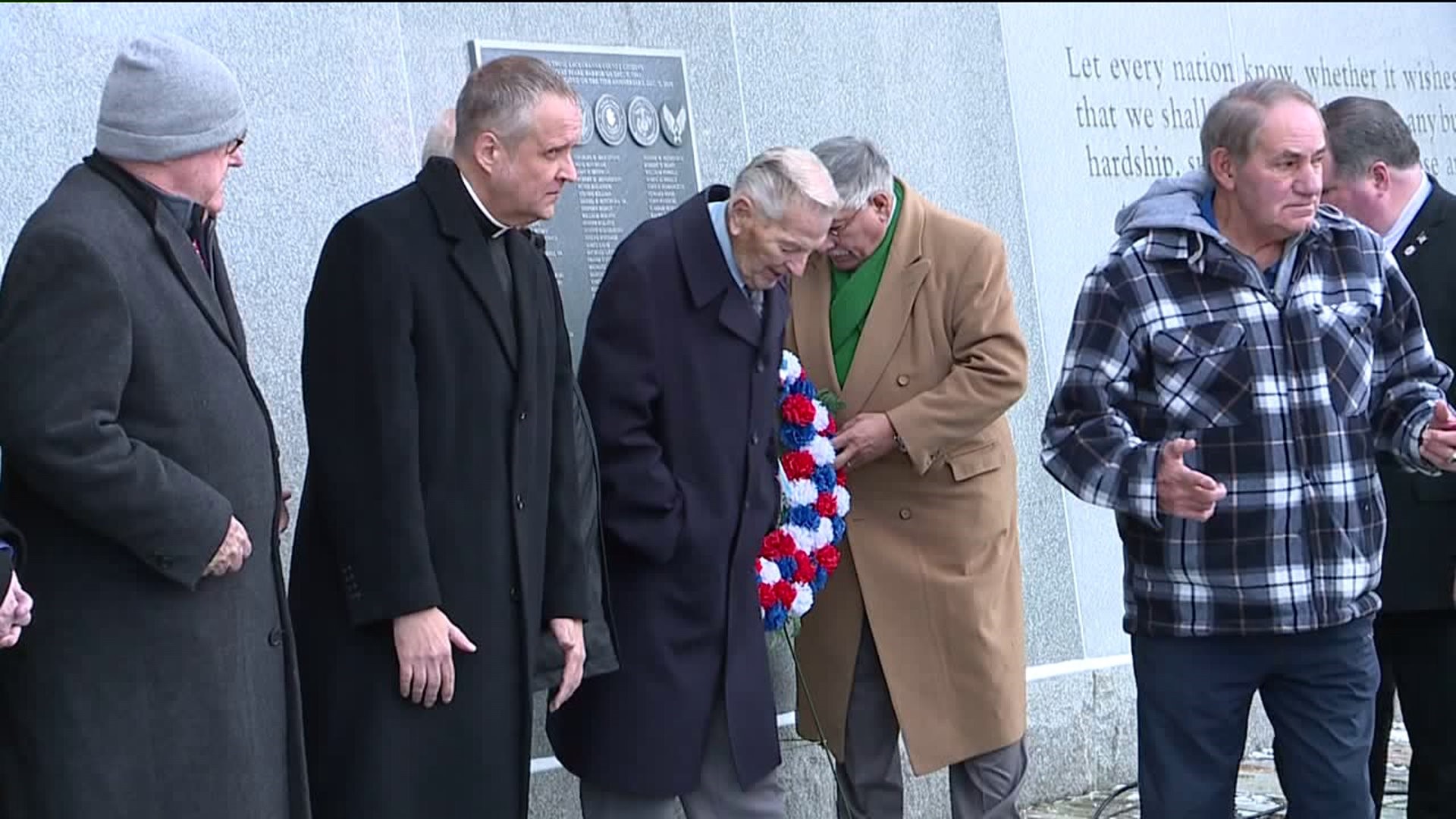 COURTHOUSE SQUARE -- Many attend ceremonies recognizing the anniversary of the bombing of Pearl Harbor every December 7, but the ranks of those who were there are few.

Community leaders remembered the attack on Friday in Scranton and paid tribute to a survivor.

Walter Pasiak of Scranton is 96. He was just 19 years old when Japanese fighter planes and bombers attacked Pearl Harbor.

Americans remember Pearl Harbor every December 7 as the day that forced the United States to enter World War II.

Walter remembers beginning a shift at the naval base in Hawaii. Then he remembers the attack and hoping Japanese planes would not bomb the weapons depot where he tried to fight back with a single-shot rifle.

Walter fears younger Americans may let the memory of this day fade into history.

Walter Pasiak has taken the past few days hard it's been a tough week for World War Ii veterans.

He never met former president and combat pilot George H.W. Bush, but he felt a kinship to a man who survived combat in the Pacific three-quarters of a century ago.

"It feels like we're close together. Bush was a certain type of person," said Pasiak.

And so is Walter Pasiak. He joined others to lay a wreath at the memorial for the men from Lackawanna County stationed at Pearl Harbor on December 7, 1941.

There are 109 names on the plaque. Walter Pasiak is the only one still living.