Peacock on the Prowl

OLD FORGE — It appears a peacock has moved in to a neighborhood in the borough of Old Forge, and he’s made quite a home for himself. The problem is,... 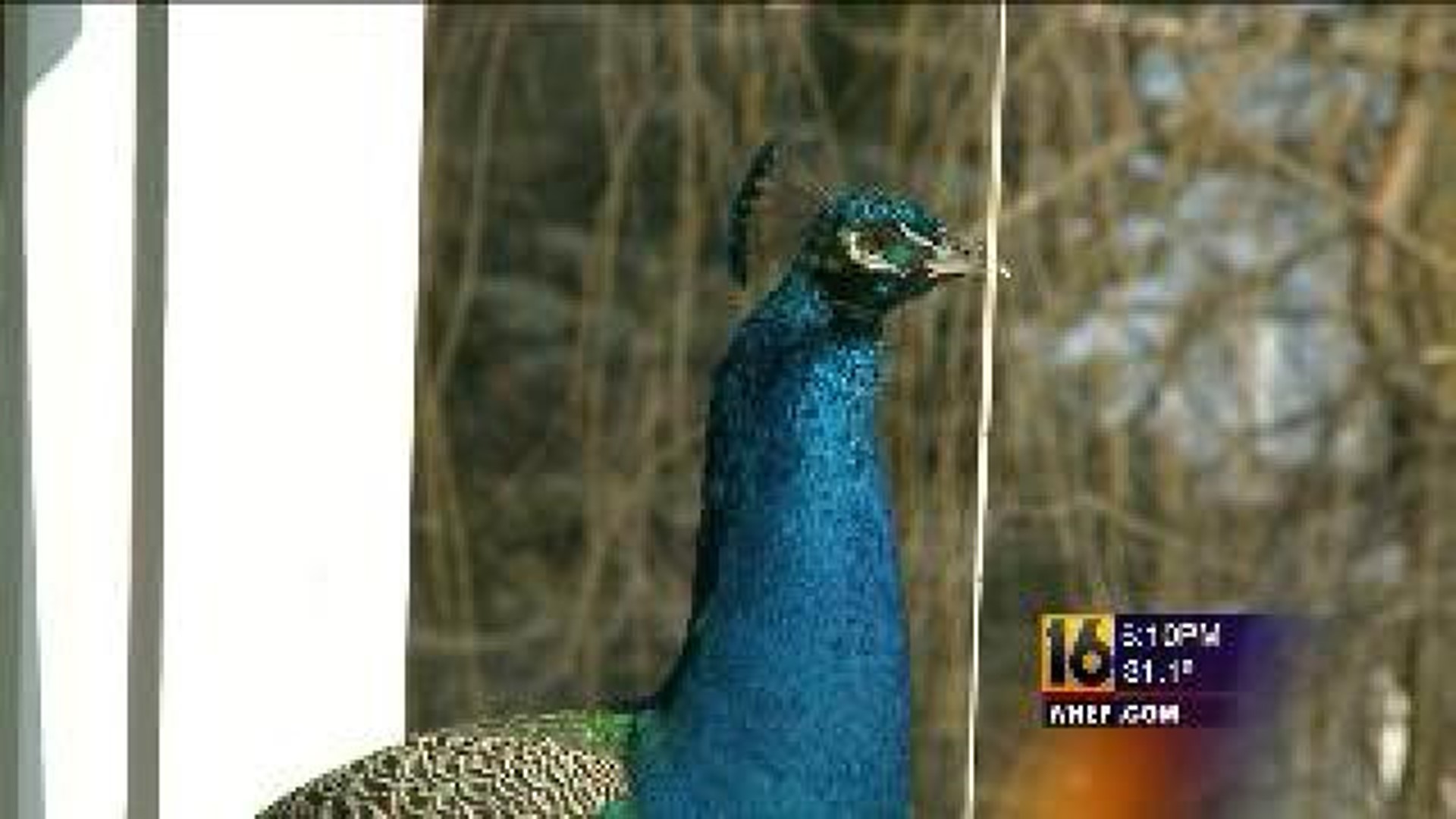 OLD FORGE -- It appears a peacock has moved in to a neighborhood in the borough of Old Forge, and he's made quite a home for himself.

The problem is, none of the peacock's new neighbors in Lackawanna County can figure out where he came from.

Newswatch 16 spoke with those neighbors.

The folks in the Austin Heights neighborhood in Old Forge were actually more surprised to see a news crew in the neighborhood than the full grown male peacock. He's been hanging around their homes for about a month and now those neighbors are trying to figure out what to do next.

One day a few months ago folks in the neighborhood in Old Forge noticed a streak of bright blue shooting from porch to porch and darting under parked cars.

The male peacock arrived without notice and made himself quite comfortable.

At first he attracted a lot of attention from his new neighbors. Now, he's just part of the scenery, and folks are trying to figure out where he came from.

While our cameras were following him, the peacock hopped right up on Geraldine Lisowski's back porch.

“He's beautiful, the color is gorgeous, and when he goes to jump he spreads his wings and it's beautiful,” said Lisowski.

Peacocks aren't native to this area, so people think he must have come from a farm or he's an escaped pet, but now he's become a pet of sorts for folks in Old Forge. They said he travels from porch to porch sometimes eating dog food.

“He's been in our yard walking around, the dog barks at it, but it just prances around the yard and just takes over,” said Ken Barnansky of Old Forge.

He has taken over. His new neighbors said he'll let you get pretty close, but so far the neighbors, the cops, and wildlife conservation officers haven't been able to trap him.

The neighbors we talked to said wildlife conservation officers aren't concerned about the peacock's survival, but they've told the people if they can trap the peacock safely the officers will take him to farm where he'll be warm for the winter.