Passing On Lessons from the Holocaust

SCRANTON, Pa. — As the anniversary of D-Day approaches, students in our area are learning about the Holocaust, with some even hearing firsthand accounts f... 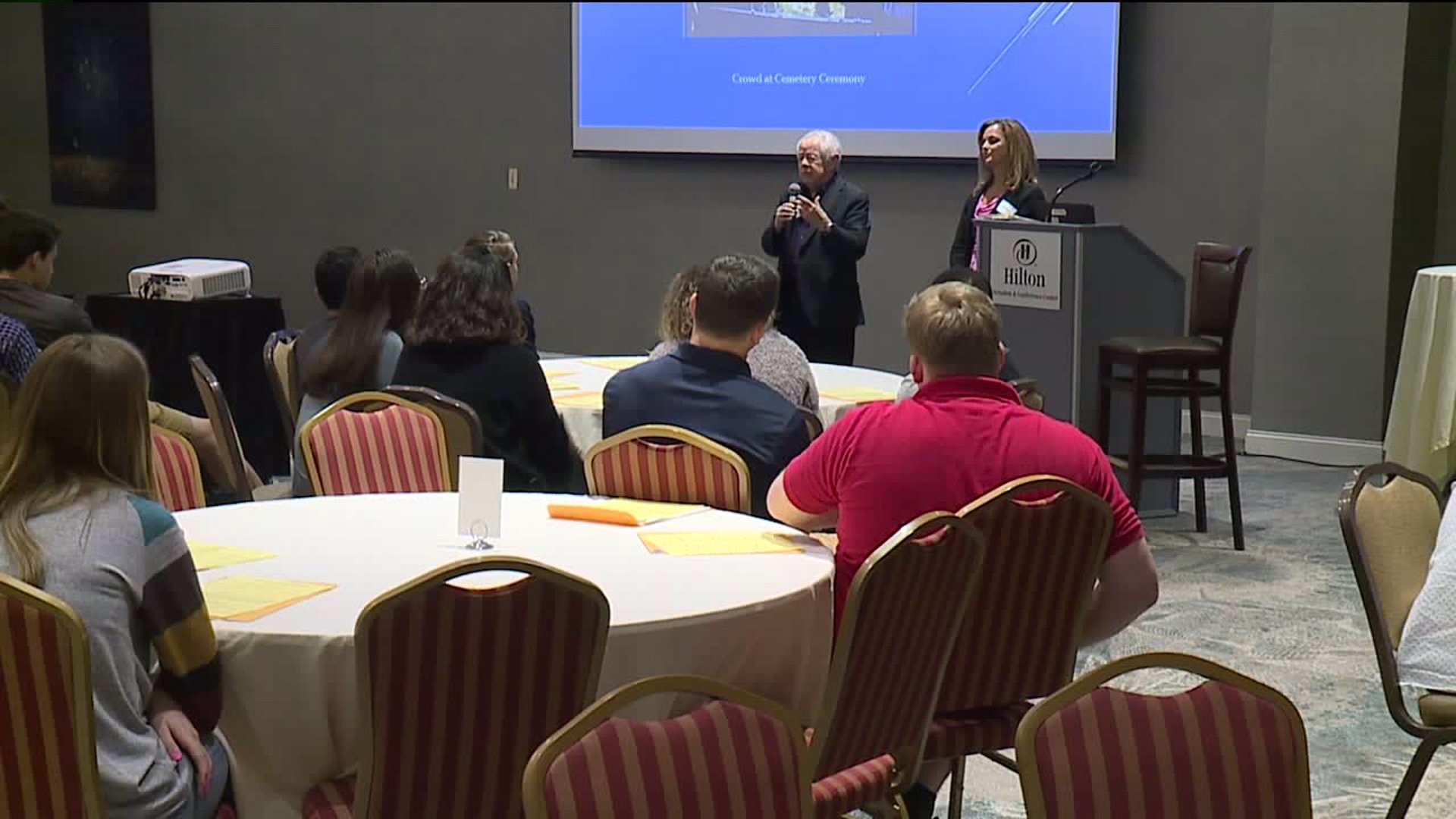 SCRANTON, Pa. -- As the anniversary of D-Day approaches, students in our area are learning about the Holocaust, with some even hearing firsthand accounts from survivors and liberators of concentration camps.

There are not many survivors left who can relate what they saw, but they're working to make sure the Holocaust and what can be learned from it is not forgotten.

"The Holocaust did happen. I beared witness and I want them to bear witness from me. That's not myth. It happened. I saw it and what I saw is something I could never forget," said Alan Moskin, holocaust liberator.

That's one of the reasons Moskin speaks to students about the time he freed people from concentration camps in Austria during World War II. For him, the Hilton in Scranton is one stop of many.

The only other liberator speaking at the 31st annual Teen Symposium on the Holocaust is 94-year-old Walter Gantz. He's from south Scranton and has been speaking alongside Holocaust survivor Micha Tomkiewicz for years and hopes to continue as long as he can.

"As long as the Almighty gives me the strength to, I'll be here because it's a message that's so vital in this world," Gantz said.

These men say their words are more important now than ever as these could be the last firsthand accounts students will ever hear. Their hope is that the stories they tell and the lessons to be learned from the Holocaust will be passed on by these students to those who come after them.

"These guys there, two things will happen for them. First, if the future will be bad, they're going to be the ones, including you, that will suffer from that. And two, they and you actually have the power to change it," said survivor Micah Tomkiewicz.