One person was taken to the hospital after a shooting in Scranton. 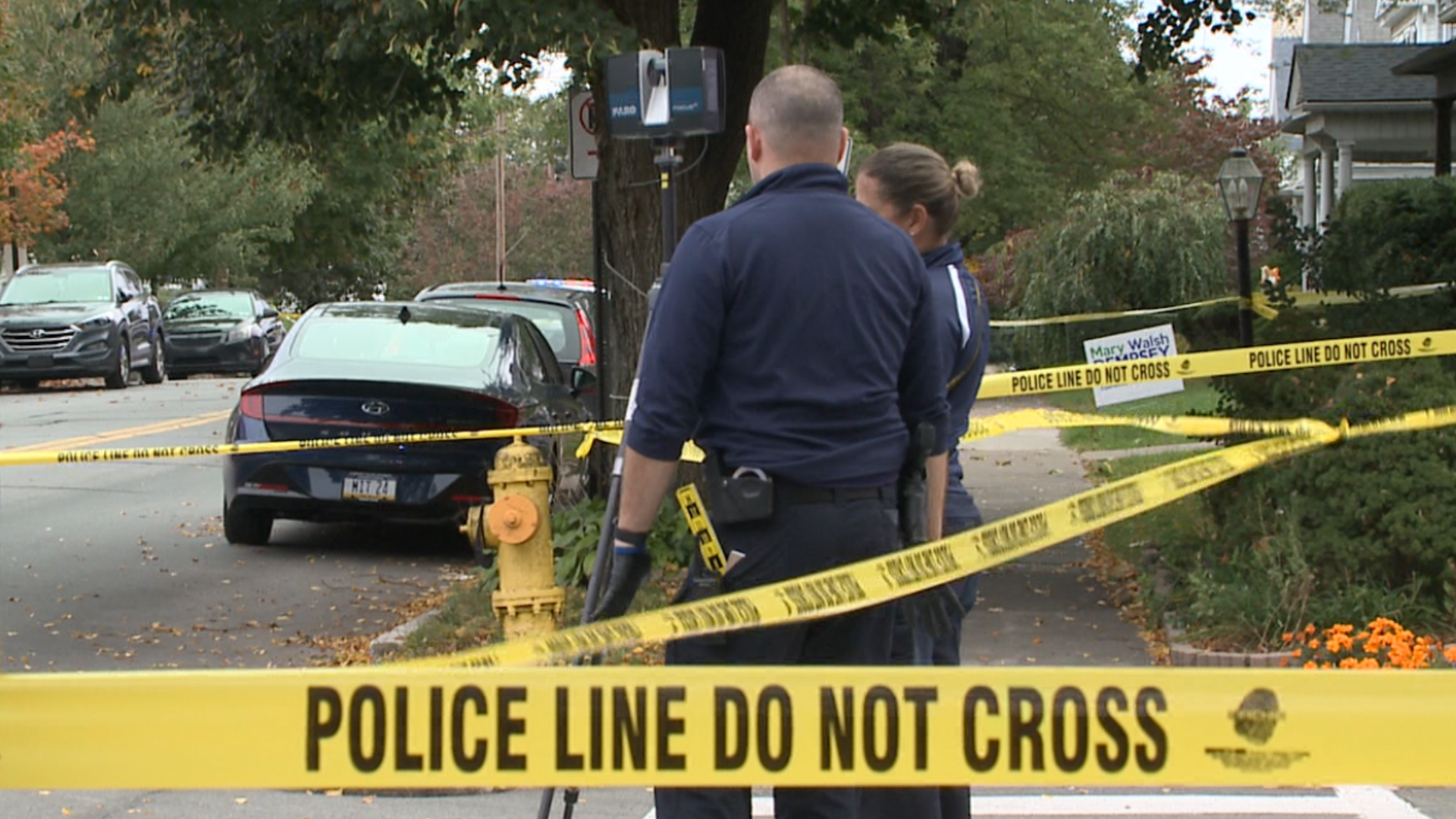 SCRANTON, Pa. — Police tape roped off a section of Harrison Avenue in Scranton, and evidence markers covered parts of the street. A neighbor a few houses down from those markers tells Newswatch 16 she was confined to her porch, as police asked her not to step on evidence that apparently reached her steps.

City police are investigating a shooting that happened on the 800 block of Harrison Avenue early Sunday morning.

"I just was not expecting a shooting to happen right in front of my house," a young woman, who asked to be called T, said.

Police say one person was taken to the hospital, but there's no word yet on the person's condition.

T says her parents shared surveillance video with the police of someone rushing out of a house.

Neighbors say the area was taped off shortly after the incident happened before 5 a.m. However, the tape remained there until almost 2 p.m.

Several neighbors who were blocked from getting onto their street and into their homes had been asking police when they could enter.

Neighbors say they have seen more crime in this area recently.

"I don't know; there's just like this feeling of where I can't like go outside and be safe anymore, especially at night," T said.

"It's always been safe here; there's really never anything going on on this block," neighbor Ann Thiel said. "I would say probably in the past eight months."

Scranton police have not yet released any other information in regards to what happened.

So far, no arrests have been made in Sunday's shooting.