We caught up with those who knew him and are remembering the popular priest. 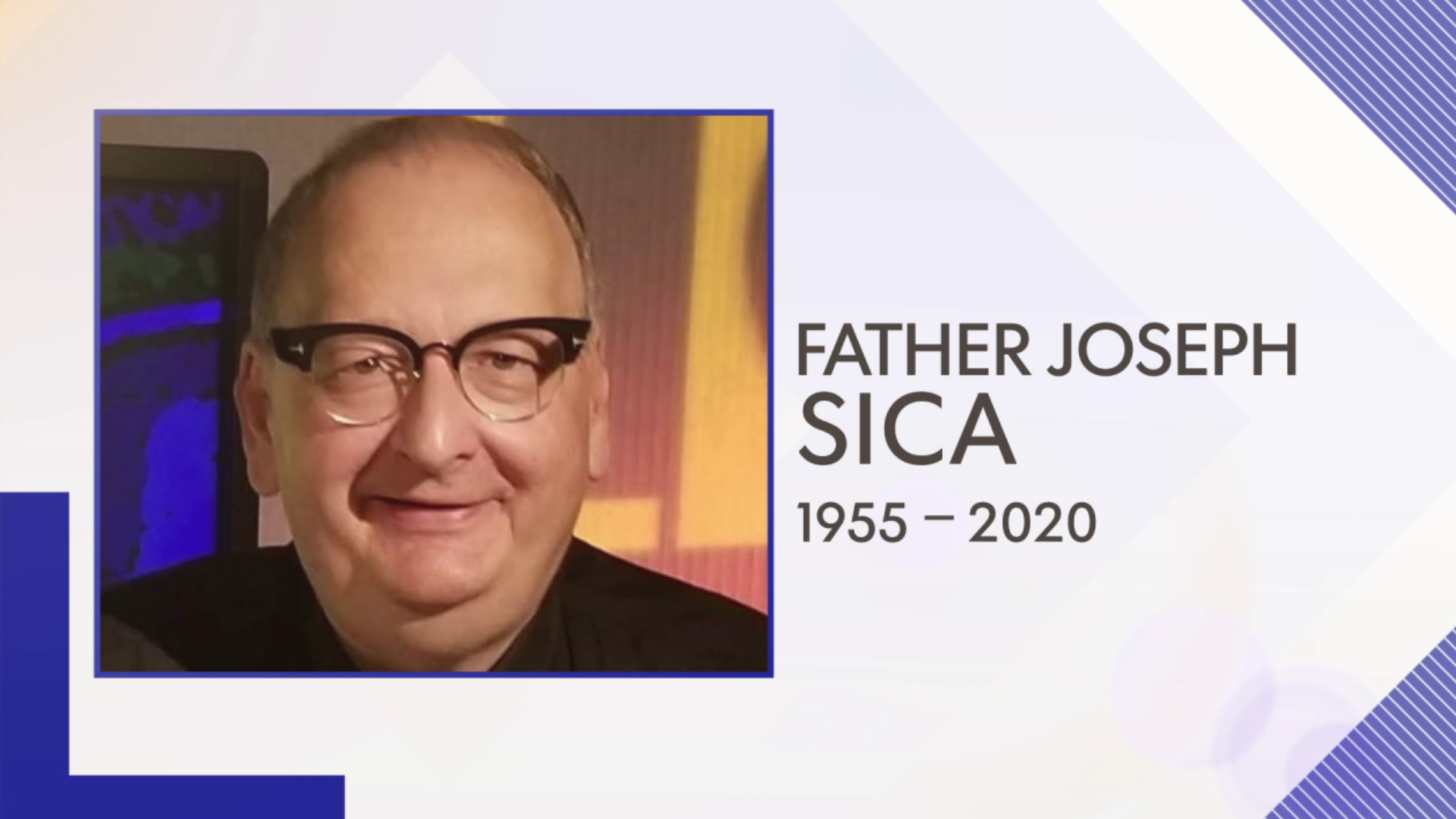 SCRANTON, Pa. — There's mourning in parts of northeastern and central Pennsylvania after a well-known priest in the Diocese of Scranton passed away suddenly.

Father Joseph Sica, known for his mirth as much as his faith, died at the age of 64.

After taping a sign to the door, a couple entered into Immaculate Conception Church in Scranton's Hill Section to say a prayer for a much beloved and well-known priest.

Father Joseph Sica, with the Diocese of Scranton for 38 years, was the senior priest at Immaculate Conception.

Parishioners Alfred and Michelle Henningsen have been married for nearly 30 years. When Alfred became a Catholic three years ago, Fr. Sica celebrated their Catholic wedding.

"I thought he was just going to bless our marriage of 26 years then and he said we're going to have a wedding. We had a grand wedding," said Alfred.

"The sweetest man ever," said Michelle. "I can't believe we're not going to get any more of those big, jumbo bear hugs that he would give."

Fr. Sica's close friend Evie McNulty described a man larger than life, deeply involved in his community. He presided over the funeral mass of McNulty's husband, the former Mayor of Scranton Jim McNulty.

Fr. Sica took a leave of absence following his arrest, along with longtime friend and businessman Louis DeNaples on perjury charges in 2008.

Those charges were later dropped. The Diocese of Scranton said Fr. Sica served its people with incredible love, generosity, and laughter rooted in joy.

Fr. Sica shared that laughter and joy with his faithful on numerous pilgrimages taken with another longtime friend, John Madden, the owner of a travel agency.

"Our trips were always sold out," said Madden, describing the priest's popularity. "He's impacted everyone if you knew Fr. Sica, he impacted you in some way. And he impacted my family."

Newswatch 16 talked with the pastor of Immaculate Conception. He says he worked with Fr. Sica for more than a decade. In their final conversation last night, Fr. Sica asked that prayers be said for him.