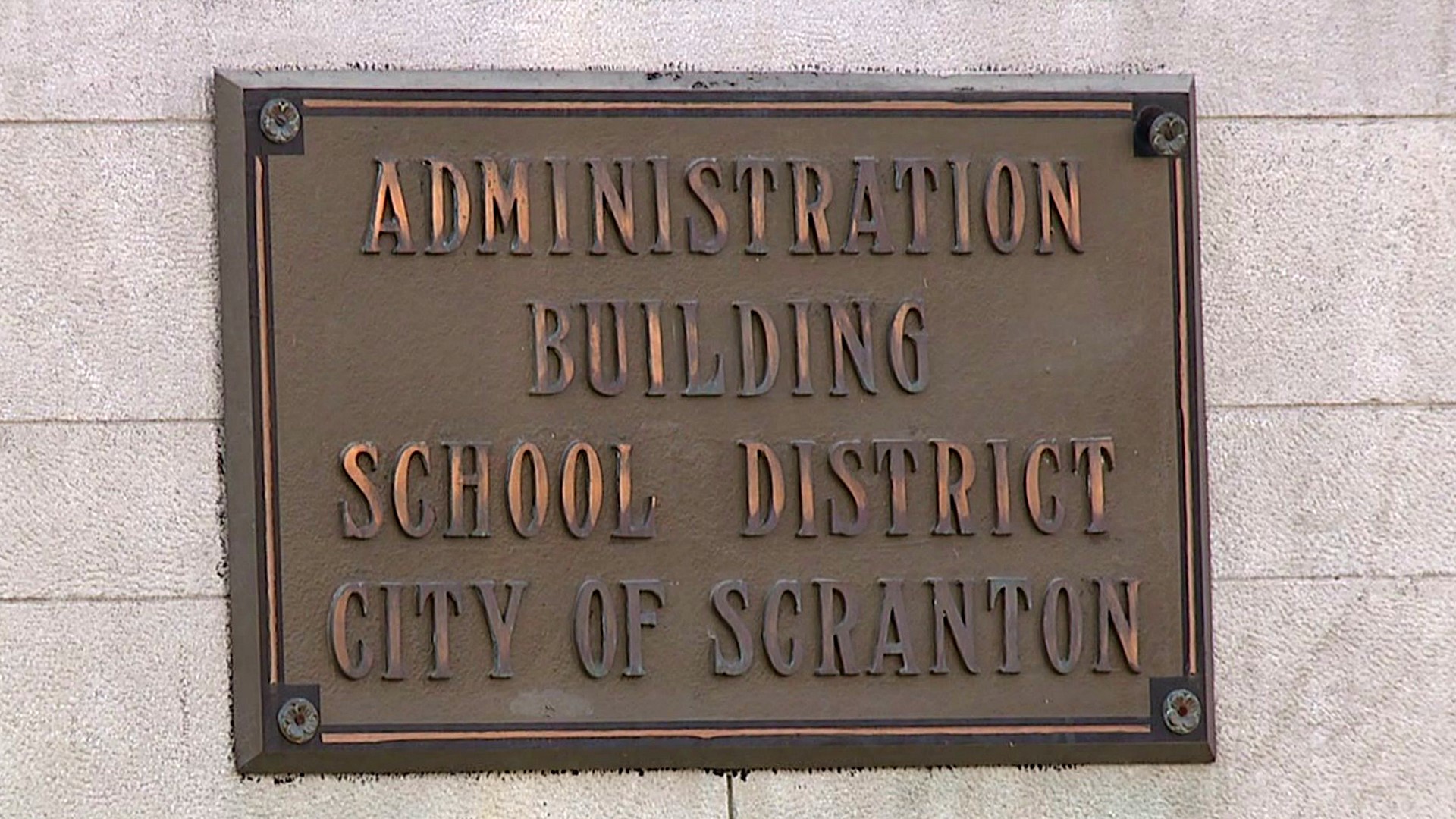 SCRANTON, Pa. — Students who attend Northeast Intermediate School in Scranton will finally be back in class on Friday, but the district's plan has many parents upset.

"We want to know about the air quality in our schools!"

That was the demand from parents of students at Northeast Intermediate School in Scranton. Their children have missed six days of class after the school shut its doors last week due to asbestos concerns.

The students will be back in class on Friday, but in new buildings, with new classmates.

The school district decided Wednesday night to split the nearly 900 students at Northeast between South and West Scranton Intermediate Schools.

That plan brought a small group of protesters to the doors of the district's administration building.

"I was with my son and a couple of his friends last night, and they want to be back in their school, with their teachers. It is a home; it's a community. While I'm so grateful to South And west for the support that they've given to us, we have a home, you know, and we want to be back there as soon as we can," said parent Michelle Dempsey.

"I don't think it's fair to the other students and the other schools that we're going to be invading," said eighth-grader Ethan Warring.

The asbestos test results posted on the district's website do not show any levels of asbestos in Northeast Intermediate that are considered dangerous by the EPA.

Cheryl Podhany's son is a sixth-grader at Northeast Intermediate. He'll be going to West Scranton Intermediate on Friday and for the foreseeable future. Podhany says some Northeast students have already been bullied on social media by their new classmates.

"He is very upset; he does not want to go to another school. There's a lot of rivalry between the two schools, and I think they're asking for trouble by putting the schools together," Podhany said.

The plan for the Northeast students' return to class tomorrow is this:

Northeast Students left school last Wednesday, not knowing they would be unable to return, so many of them left all of their supplies and books in the building, so teachers at both West and South Scranton Intermediate Schools have started collecting donations.

We're also told that teachers from Northeast Intermediate are at the other two schools for an orientation.

The district says it's working with officials from the Environmental Protection Agency to determine a long-term plan for Northeast Intermediate.