SCRANTON, Pa. — A mother and father from Scranton are now being held criminally responsible for the death of their daughter. The toddler died after being ... 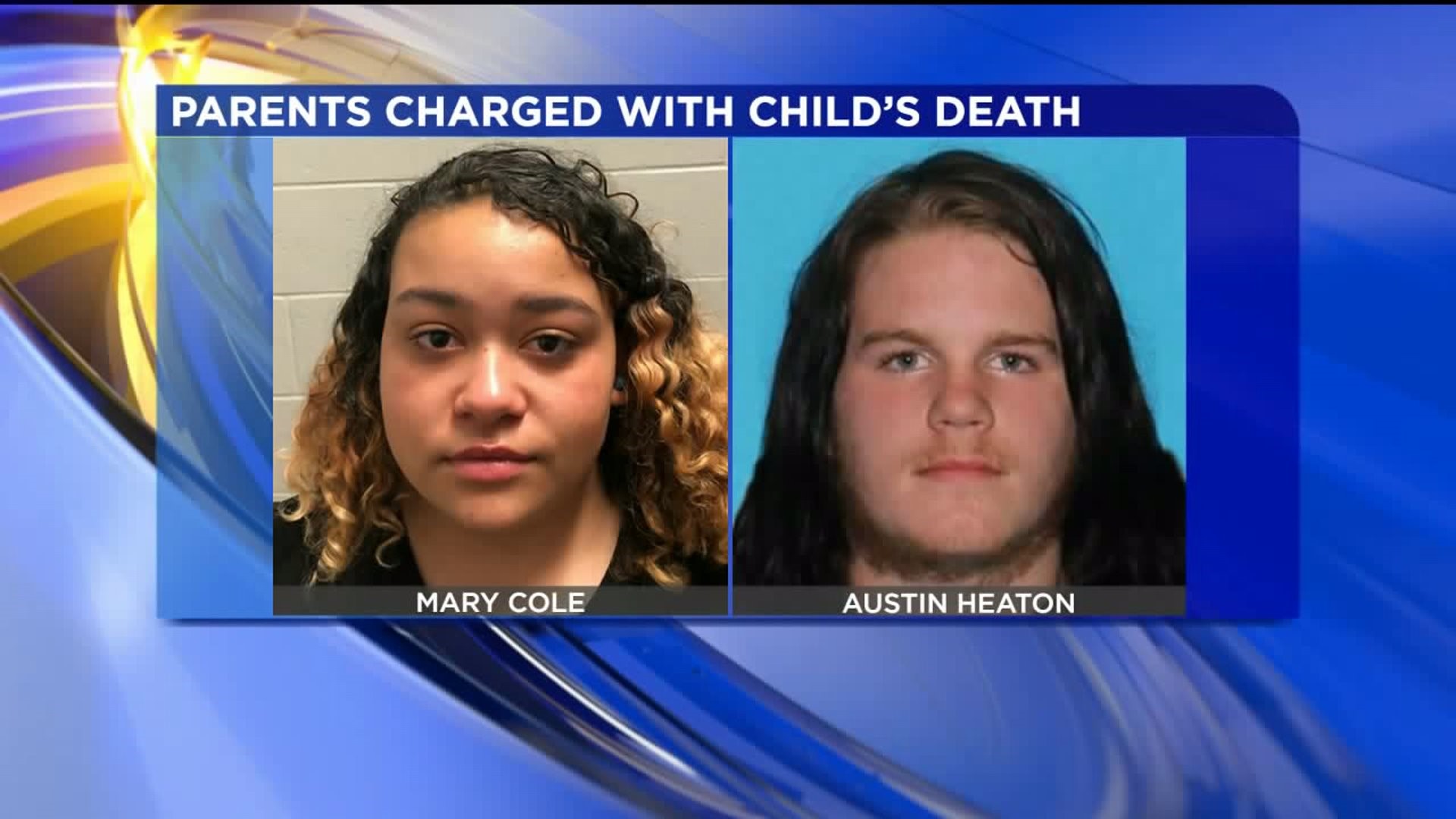 SCRANTON, Pa. -- A mother and father from Scranton are now being held criminally responsible for the death of their daughter.

The toddler died after being left alone is a scorching hot bedroom for hours.

Neighbors on the 1300 block of Rundle Street in Scranton say they'll never be able to forget the morning of August 13. They woke up to find police cars and ambulances parked outside the home.

"A baby, one of two kids, were pulled out of the house by Scranton ambulance," Paul Przywara recalled.

Scranton police have now charged the girl's parents -- Mary Cole and Austin Heaton -- with involuntary manslaughter and endangering the welfare of children for what happened back in August.

According to court papers, Cole put the toddler and the couple's 9-month-old son to bed the night before, switched on an air conditioning unit, shut the door and didn't check on the children for 14 hours.

Police found that the air conditioning unit was broken and was pumping hot air into the children's room.

Little Nicole had a temperature of 106 when she died. The 9-month-old boy survived.

For months, Przywara has wondered what would come of it

'I feel for them, you know, I feel for them. It's a tragedy. and what can I say? I'm saddened by it, that it happened in our neighborhood."