SCRANTON  — The Scranton School District said it will have to lay off 89 employees in an effort to reduce a $19 million shortfall in its proposed spending... 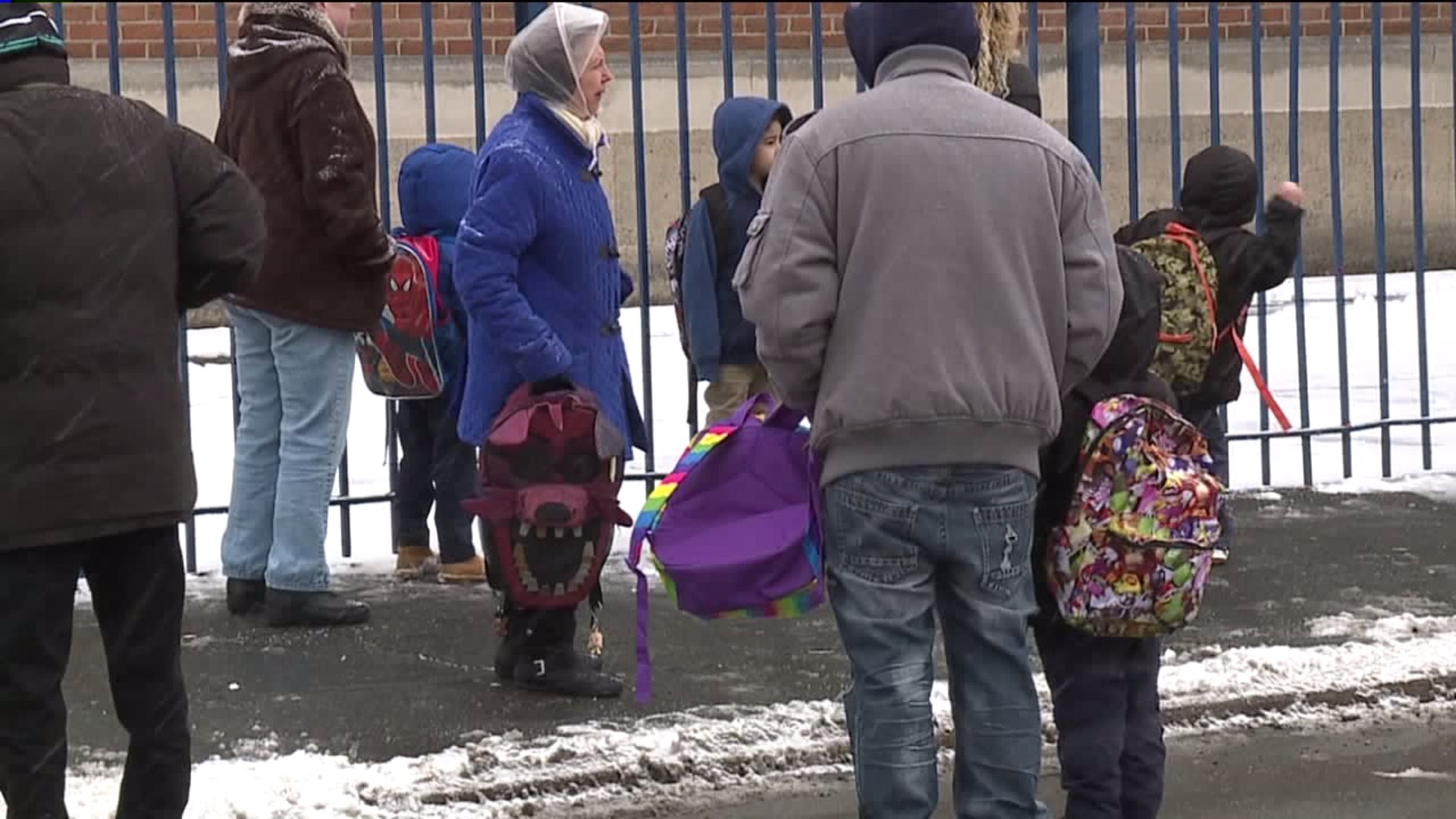 SCRANTON  -- The Scranton School District said it will have to lay off 89 employees in an effort to reduce a $19 million shortfall in its proposed spending plan.

Those layoffs would be teaching positions in programs such as music, art, and physical education.

It was a snowy afternoon as school let out at Prescott Elementary with youngsters eager for the weekend. But parents wonder what the future of their child’s education will be as the Scranton School District weighs the layoffs of 89 employees.

“There’s got to be something else, a way they can make some cuts, you know, not have people lose their jobs at the same time,” said parent Miguel Afanador.

The school board and those in the audience listened to a plan that would help close a $19 million shortfall in the district’s proposed budget, which must be approved by the end of the year.

The layoffs would be teaching positions in programs such as art, music, physical education, special education, librarians, and other specialty teachers.

Regular elementary school teachers would have to step in to teach those classes.

Some parents say the cuts should be made in other ways.

“The salaries are extremely high for the principals and especially for the superintendent, outrageous salaries that we are not equipped for in this community,” said grandparent Mary Belford.

Those who work professionally in arts and theater say those programs are just as important as math, English, and science.

Rachael Fronduti is the marketing manager at the Scranton Cultural Center and says she sees how children grow in their children’s programs.

“They learn confidence, they learn how to carry themselves, they kind of learn how to break down those walls that sometimes society puts up,” said Fronduti.

“Everything is affected by art. If nobody was interested in design, modeling then the world would be so bland,” said Johnson.

The school district says that public hearing on the layoffs will be held next Monday at the South Scranton Intermediate School on Maple Street.

A personnel committee meeting will be at 6:30 p.m.; the public hearing will follow at 7 p.m.