HAWLEY — Nearly 50 Pennsylvania National Guard soldiers marched down Church Street in Hawley in a parade to honor those who have served in Iraq and Afghan... 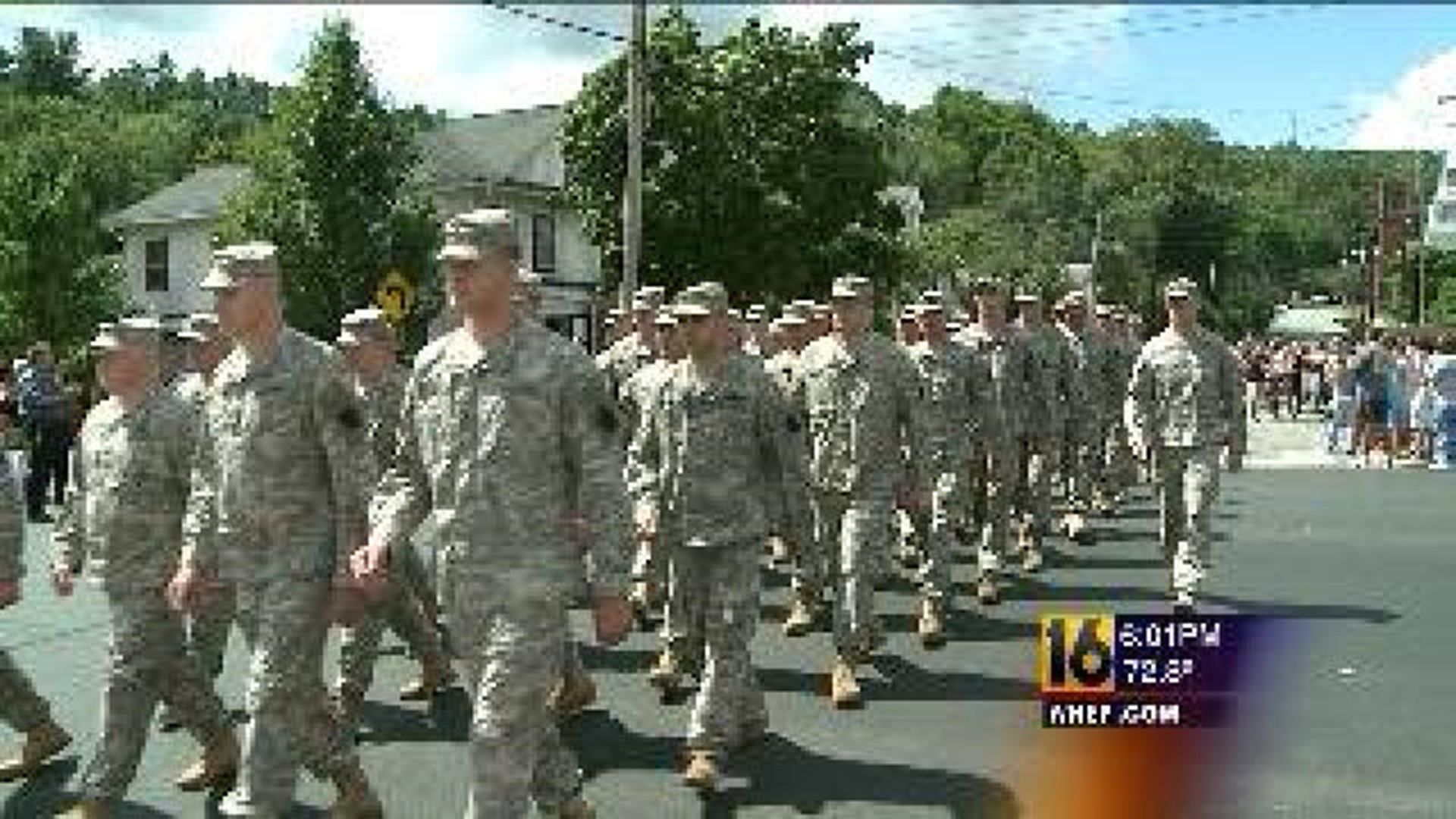 HAWLEY -- Nearly 50 Pennsylvania National Guard soldiers marched down Church Street in Hawley in a parade to honor those who have served in Iraq and Afghanistan.

The parade also recognized those soon-to-be deployed in the largest mobilization our area has seen in years.

Hundreds of people lined the street, all to show their support.

"It`s important. They have to know that we`re behind them," said Jeanette Graff of Hawley. "Any war, any fight and when they`re fighting for your country and giving their lives and their time."

Many of the soldiers who serve in the Honesdale area are part of more than 500 in the 55th Bridgade deploying from northeastern and central Pennsylvania, the largest number of soldiers from our area heading overseas since Iraq in 2005.

The soldiers will be participating in security force missions in Kuwait.

Leaving is not any easier for those who have deployed before.

Many in the community said they stand behind their soldiers.

The parade and block party were organized by the Hawley American Legion's Ladies Auxiliary as a way to say thanks and good luck.

"So it`s not over, but it`s certainly time to give them thanks, shore them up a little bit. This is a long war," said Karen Kilgallen with the Ladies Auxiliary.

A fact that Gold Star mother Janet Bowen knows all too well. She lost her son, Staff Sergeant Paul Sweeney in Iraq in 2003. Her youngest son headed to the Middle East just days ago.

Many of the soldiers will begin their deployments next month and will spend about a year in Kuwait.