Third-generation owner Richard Plotkin says rebuilding is a possibility, but he can't say if it will happen for sure. 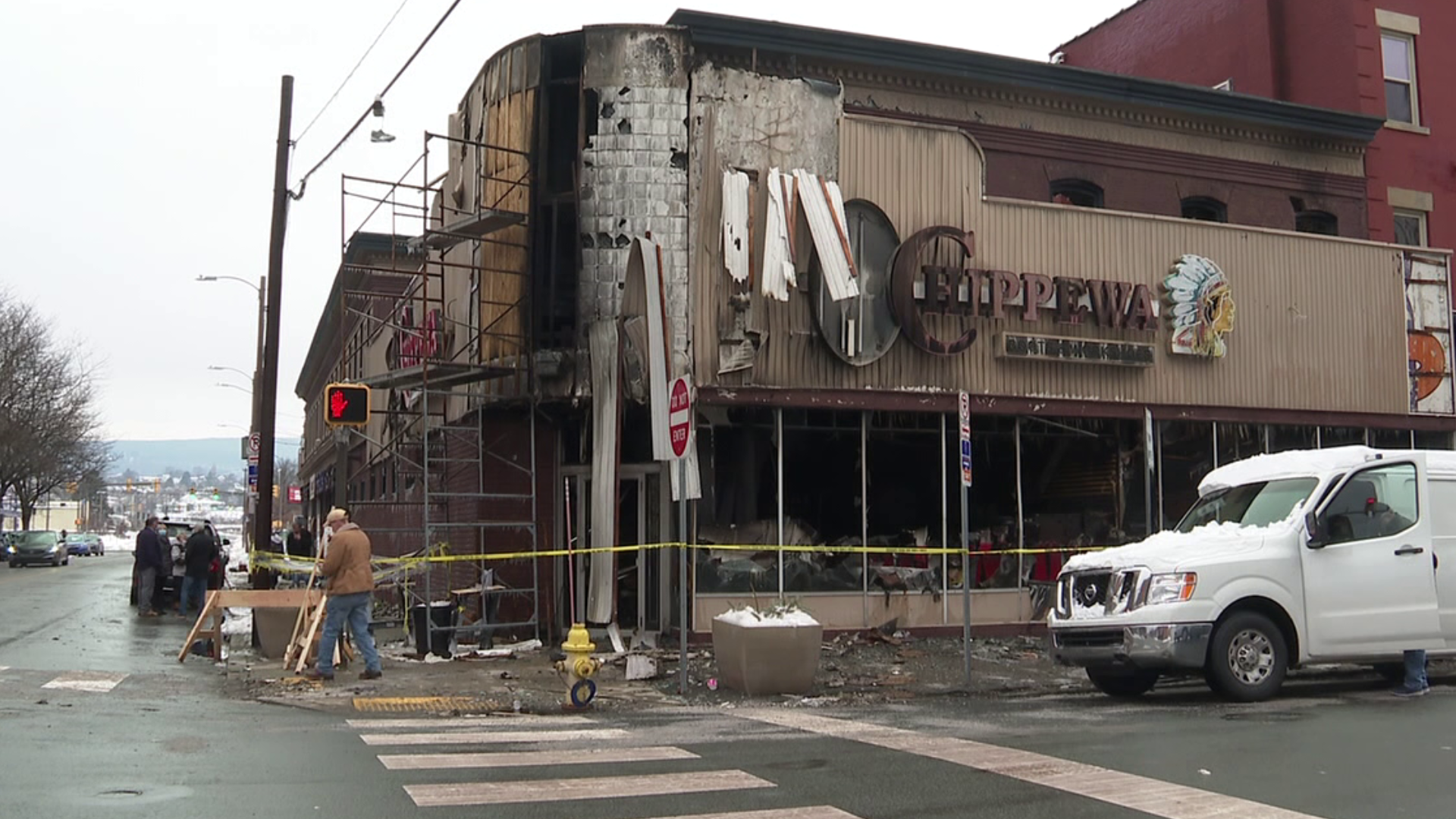 SCRANTON, Pa. — "There's just a lot of history here. This place has been here family-owned since 1910," said Mike Losey of Plotkin Shoe and Repair Store in Downtown Scranton.

Burnt rubble is left behind after flames tore through the century-old Shoe Saturday night.

Third-generation owner Richard Plotkin says more than just the 35,000 pairs of shoes inside were lost.

"Saddened, very saddened. All of 110 years of work," Plotkin said.

About an hour before crews were called to the scene, a cleaning crew working next door smelled the smoke coming from Plotkin's shop. A short while later, they saw the chaos.

"Oh, it was really bad, and at that point, it was coming out of the windows," said Gina Sherman. "We did talk to some of the people who lived upstairs, and they didn't even know it was on fire. The only reason they realized it was on fire was because they heard the fire trucks outside."

The flames could be seen from blocks away on Adams Avenue at the home of a part-time employee.

"I was sick and saddened. I come running down here last night because I just enjoy sanding down the boots putting the soles on them. It's relaxing," said Losey.

The owner tells Newswatch 16 it's too soon to say whether or not he plans to rebuild, but right now, he's trying to remain hopeful.

"I had a great father, God bless him, who said to me, 'Son, get up, brush yourself off, get yourself up off the ground and pull your bootstraps up,'" Plotkin said.

Plotkin walked through the building Sunday with fire marshals and says most of the damage is in the front part of the store, with little to no damage in the basement.

Scranton's fire inspector says the cause is still under investigation.