SCRANTON, Pa. — The Lackawanna County coroner says a spike in deaths this week is likely tied to opioid overdoses; nine people have died in less than a we... 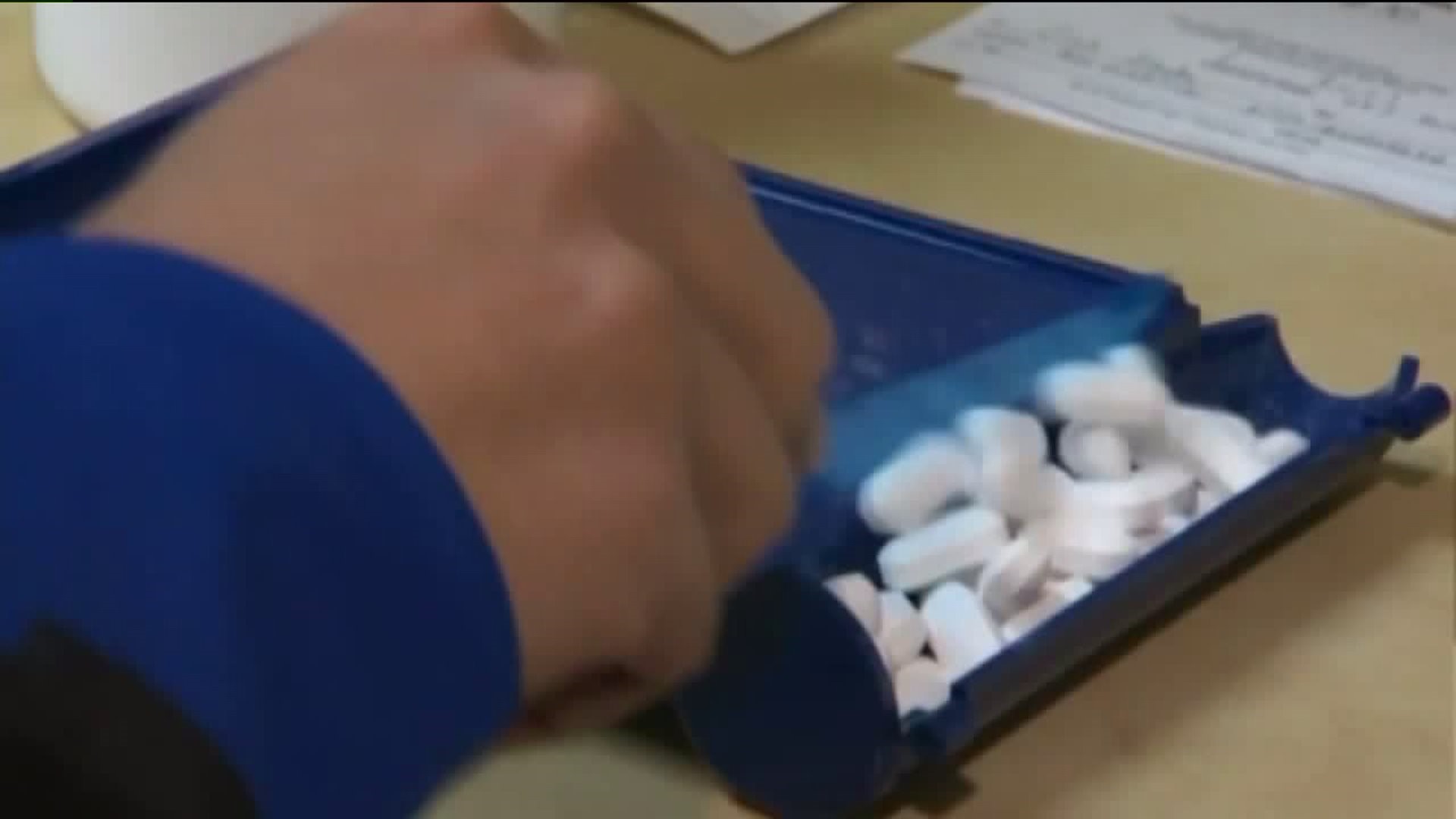 SCRANTON, Pa. -- The Lackawanna County coroner says a spike in deaths this week is likely tied to opioid overdoses; nine people have died in less than a week.

The district attorney is now investigating to see if the deaths are connected.

Over the past few years, the Lackawanna County coroner says his office has averaged one or two deaths a week from opioid overdoses.

The ninth this week happened Wednesday morning, and the coroner is now calling it one of the deadliest weeks of the epidemic.

Shirley Matsko from Old Forge is a mother of five. Her family says she is one of the nine people in Lackawanna County to die of an opioid overdose this week.

"The way she died was just not right. She's only 38. I tried to help, but I think we need more help out here for this," said Tabatha Lim, the victim's sister.

Shirley's sister Tabatha and daughter Krista say the upswing in overdose deaths speaks to the scope of the opioid epidemic in Lackawanna County.

The Lackawanna County coroner says 2018 is on track to surpass 2017 in record overdose deaths.

"I think we're at maybe 65 that we know were drug overdoses, and as of Friday we had at least 30 that were in the system as pending toxicology, so we have that out there. Then, put on the eight from the last four days. We had one this morning," said Lackawanna County Coroner Tim Rowland.

Rowland says the nine deaths this week are individuals ranging from mid-30s to late 60s. Each case will be investigated before the coroner's office officially rules on a cause of death.

Rowland says it's likely that the individuals overdosed on fentanyl, an opioid often mixed with heroin.

Martin Henehan with the Forever Sammi Foundation is helping some of the families arrange funerals this week.

"All of the deaths were unnecessary, but a lot of them, I'm sure, weren't using alone. And the people that were using with them got scared, and just simply said, 'Let's get out of here,' and left them there, unresponsive, to meet their final end, and it didn't have to be that way," Henehan said.

Shirley Matsko's family says her death exposes a problem they hope for a solution soon.

"Someone really needs to do something to stop it, because it's just going, the number is just going to keep going up. And more families are going to be where we are now," Lim said.

We reached out to the Lackawanna County district attorney and he told us each of the nine deaths will be investigated by the office to see if they are connected through a dealer who could be charged for supplying the deadly drugs.