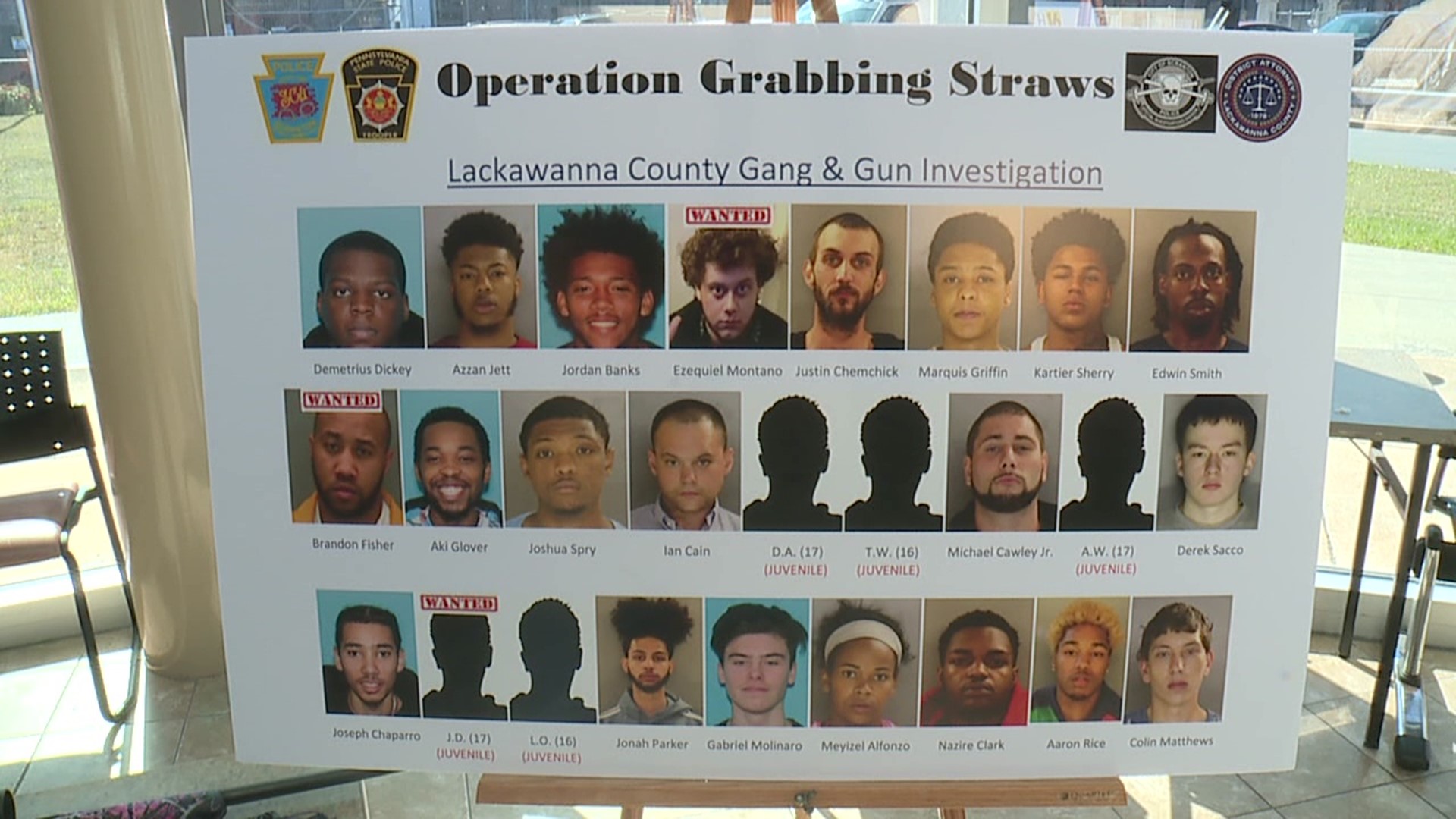 SCRANTON, Pa. — Charges have been filed against more than two dozen people involved in an investigation dubbed "Operation Grabbing Straws."

The district attorney says 26 people were charged in connection with the purchase of guns used in, or intended to be used in, gang-related violence in Scranton.

Some of those charged included "straw purchasers," people who buy guns legally to give to gang members.

Authorities say the suspects were involved in various gangs, including the Crips, Bloods, and Lost Boyz Family.

The investigation was the result of an eight-month increase in gang-related violence.