SCRANTON, Pa. — More than 1,000 youngsters in the Scranton School District have brand new coats, thanks to the men and women who protect and serve the cit... 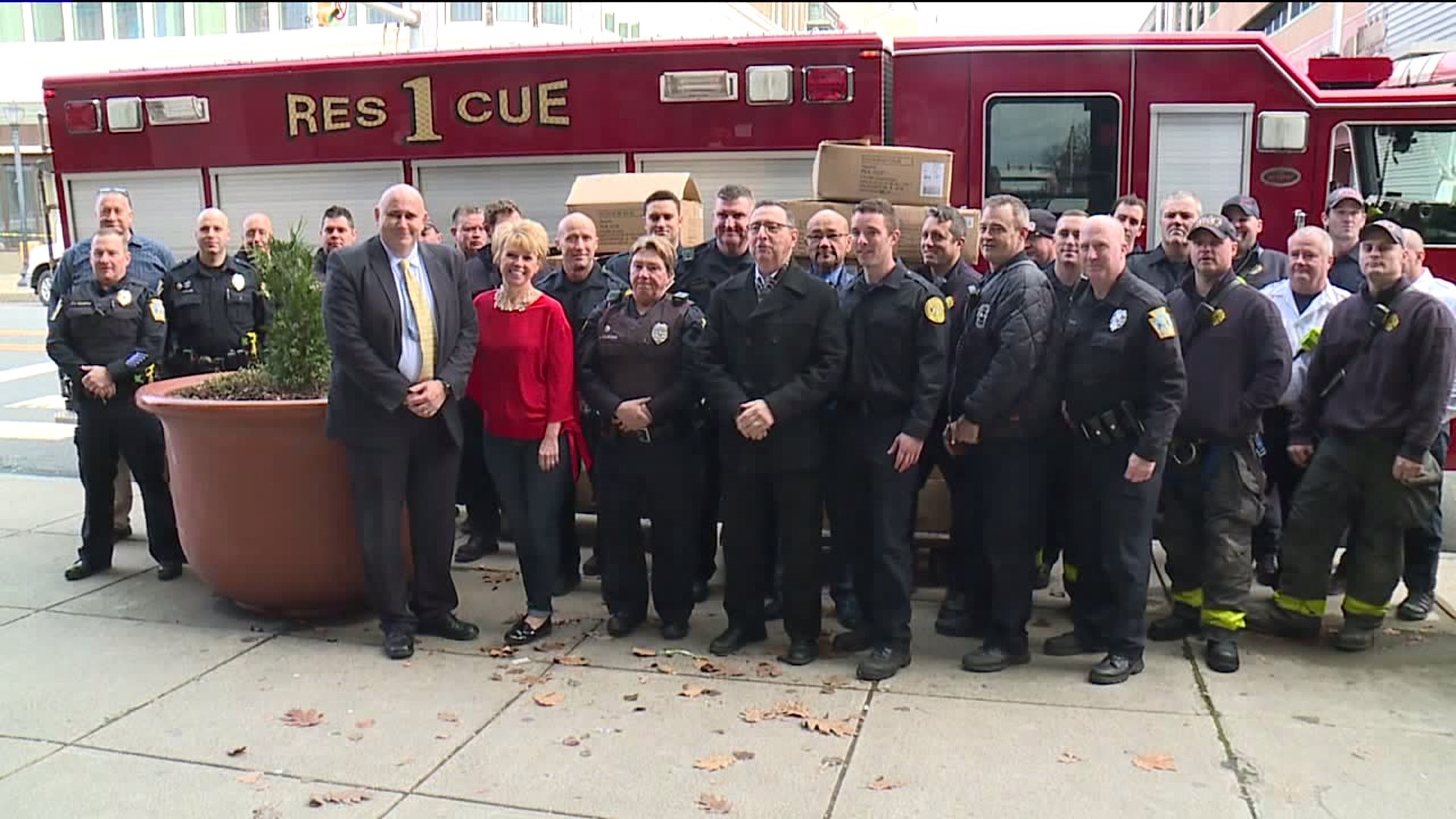 SCRANTON, Pa. -- More than 1,000 youngsters in the Scranton School District have brand new coats, thanks to the men and women who protect and serve the city.

Fire and police officials joined together for the cause.

The Scranton Fire Department has been doing a coat drive for kids in the Scranton School District for the last four winters. One member of the fire department had bigger plans for it this year, and this was the start of what he hopes is a new tradition for city fire and police officials.

Fire trucks and police cars lined up on Lackawanna Avenue outside the Marketplace at Steamtown doesn't appear to be good news. In fact, folks walking in and out immediately thought the worst but then were relieved to hear what was actually going on.

This is the kickoff of Operation Unite, a coat drive for students in need in the Scranton School District.

Don’t worry, there’s no fire here at the Marketplace at Steamtown. Scranton Fire Department and @ScrantonPolice are delivering over a thousand coats to 9 elementary schools in Scranton today. pic.twitter.com/35hE81wz9p

"We protect and serve, so to speak. We are here. We're public servants, and there's no better public to serve than the youth of our city. They are in dire need. This is just amazing. It gives me goosebumps to see. It makes me feel good," said Scranton Fire Chief Patrick DeSarno.

The Scranton Fire Department has done a coat drive before, but this year is a little different. Pvt. Kyle Savage spearheaded Operation Unite -- the fire department joined with the Scranton Police Department to raise money and donate more than 1,500 coats.

"It was a no-brainer for us. We were happy to do it. We look forward to doing it this year and every year going forward," said Savage.

This is the first time they'll be delivering to more than one school. At McNichols Plaza, more than 400 coats will be dropped off.

"Kids hug their coats. When they go to take them off, we say, 'No, they're your coats,' and they look at you, and they're like, 'Really?' because they never had a real coat before. It's sad in one way, but it's heartening in another way to see that reaction from these children. It's awesome," said the chief.

"Mission accomplished is a great feeling, fulfillment from all our guys. Everyone has been really excited about it. Fundraising has been fun. We're all doing it together. We enjoy it. It makes us happy to make other people happy," Savage said.

Both the Scranton fire and police departments say this was a total community effort raising enough money to purchase and donate the coats. They also say they're thankful to Boscov's and the Marketplace at Steamtown for getting the coat orders together.