One Year Later: Diocese of Scranton’s Response to Abuse Report

SCRANTON, Pa. — The Catholic Church in northeastern and central Pennsylvania has had 12 months to process the scathing attorney general’s report. Th... 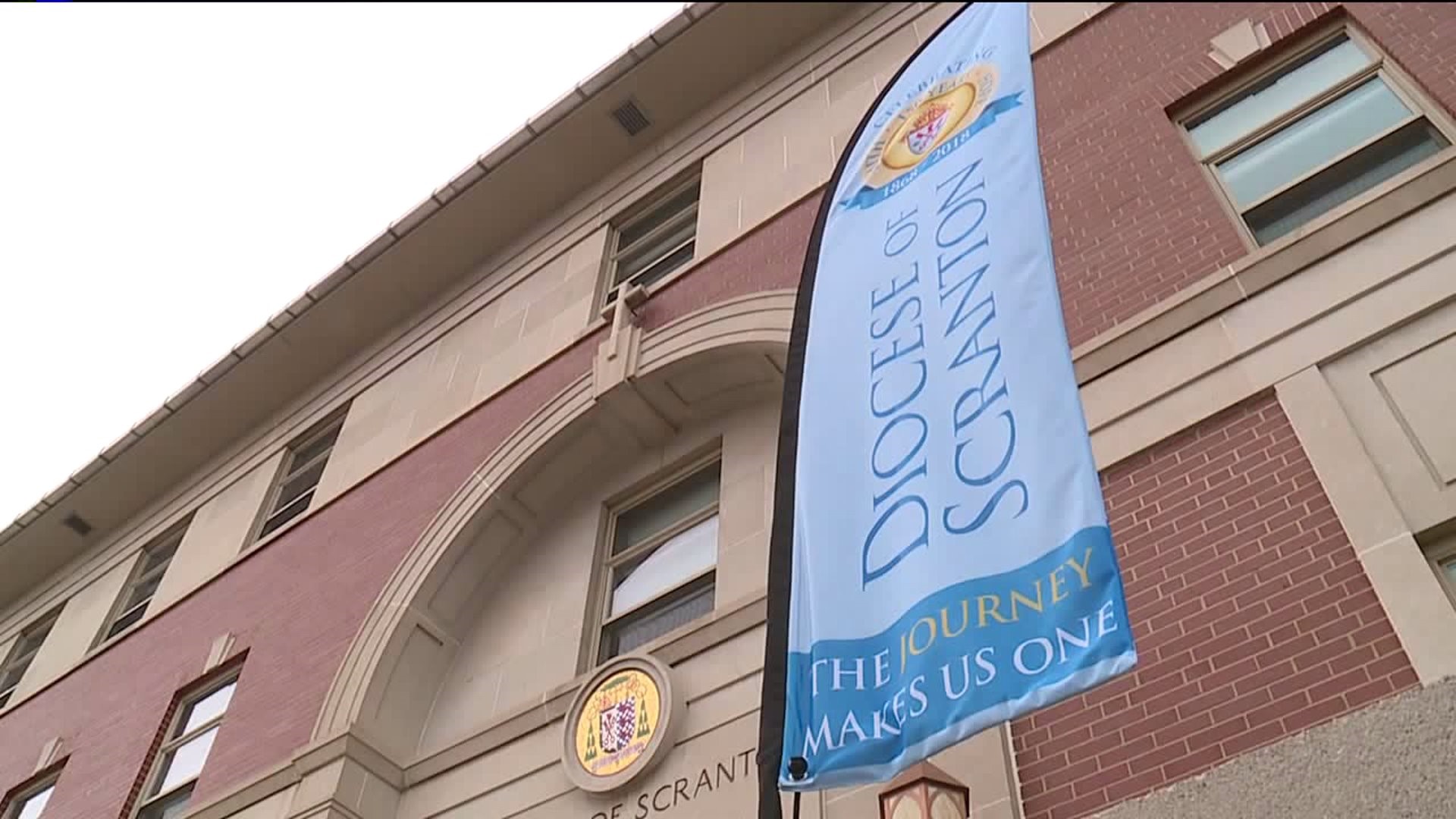 SCRANTON, Pa. -- The Catholic Church in northeastern and central Pennsylvania has had 12 months to process the scathing attorney general's report. The document that named dozens of abusive priests was made public exactly one year ago.

The report covered abuse allegations in six of the Commonwealth's eight diocese and hundreds of priests.

Northeastern and Central Pennsylvania is covered by three dioceses.

According to officials in the Diocese of Scranton, it has paid about $7 million in settlements to 44 abuse survivors.

The Diocese of Harrisburg has paid settlements of about $12.1 million to 106 people.

Officials with the Diocese of Allentown say they will wait to give out numbers about survivors paid and money paid until next month.

The details of the 900-page report released last August shocked many Catholics in the Diocese of Scranton. It named 59 abusive priests in this diocese alone.

Bishop Joseph Bambera says he knows that his response to the report will help to define his time as bishop and will dictate the way the church operates for many years to come.

Bishop Bambera says this past year has been painful across the board for members of the church and most of all, for survivors of sexual abuse at the hands of priests in the diocese. 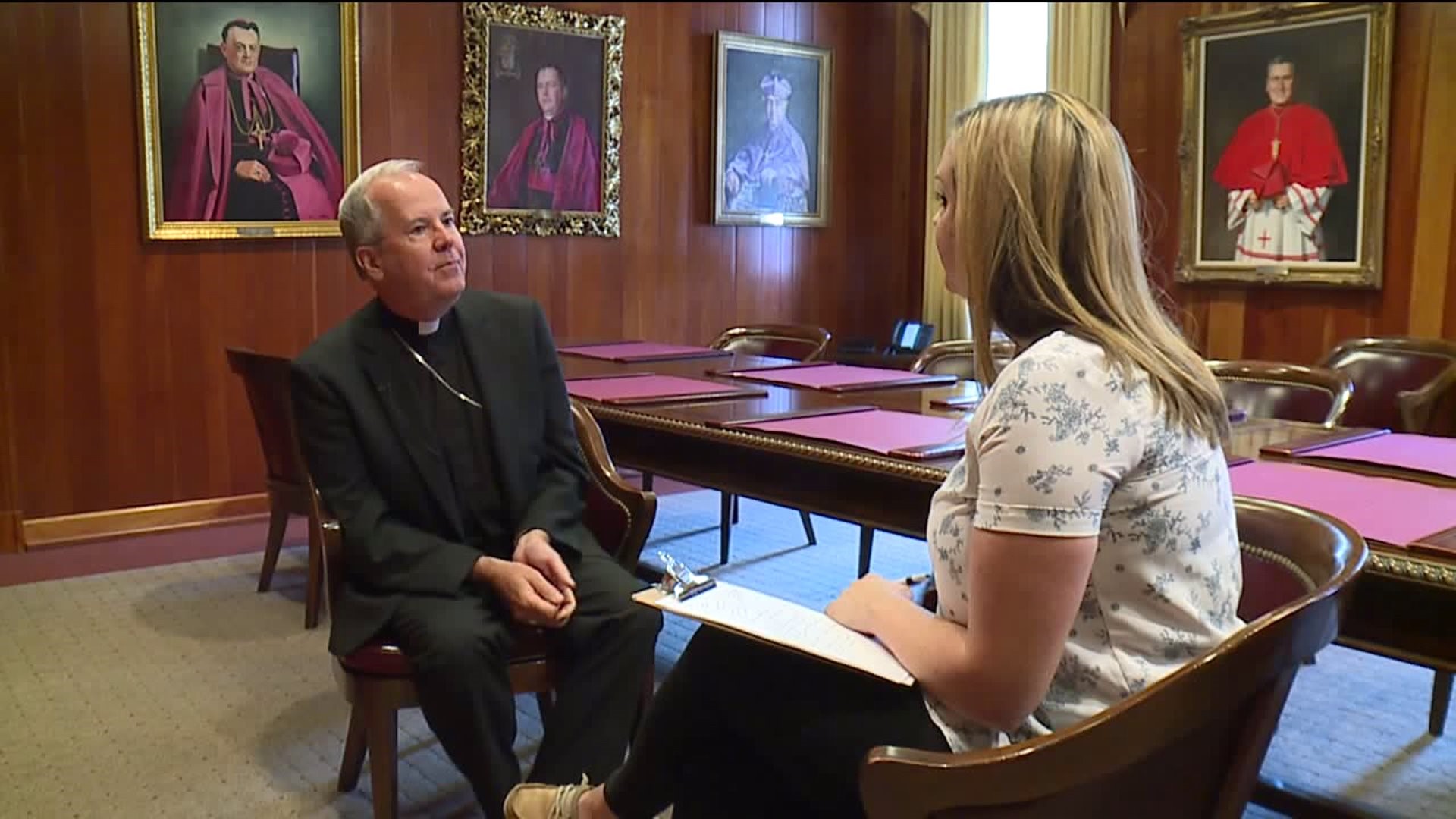 In the 12 months since Pennsylvania Attorney General Josh Shapiro laid out the findings of a grand jury, the Diocese of Scranton has taken several steps.

"One of the most visible signs of our commitment and our resolve to create some sort of response to survivors has been with the establishment of our Independent Survivor's Compensation Fund," said Bambera.

Bambera says so far, the Diocese of Scranton has paid $7 million to 44 victims of abuse.

They've trained more than 30,000 diocesan employees and parishioners on how to identify and report alleged abuse -- steps that church members say have and will continue to make an impact.

"I would like to believe that our ongoing training of individuals helps individuals in our parishes, in particular, realize that we do today have much, much safer environments than we did 10, 20, 30 years ago when most of this abuse was taking place," he said.

Bishop Bambera recognizes that many Catholics have had their faith shaken this year.

"I can't say that there will never be abuse again. That's a reality that's well beyond my capacity, or any of ours, but we are making strides, I believe, in changing a culture," said Bambera.

The bishop says he's had many tough conversations this past year with himself, with fellow priests, parishioners, and with survivors of sexual abuse.

"Based on my conversations with survivors, and I've had many of those throughout the course of this year, this has been a hard year for them as many of them have had to relive the pain of a very, very difficult reality in their lives."

The Diocese of Scranton's 2018 annual appeal, which started only two weeks after the abuse report was released, fell more than $1 million short of its $5 million goal.

"We've been through a hard year, and there continue to be individuals who are angry and who feel disillusioned with the church, with some of its ministers, some of its leaders, with me. That being said, I think that the state of our church is moving forward slowly, carefully, and with hope," Bambera added.

Members of the Catholic Church say the diocese's response is something they've followed closely and they've seen changes in the past year.

"I think we lived in a time, 20, 30, 40, 50 years ago when everything was covered up. Not only in politics, television, all over. I think that was the norm. I think we protected too many people. I believe in the Catholic Church now, if you do something wrong, you're going to be held accountable for it," Dressler said.

But Bambera recognizes that the church's response will need to work slowly and over many years and it may very well define his time as bishop.

"For us to ever find solid footing again as a church, we can never allow that culture to really emerge again."

The Diocese of Scranton's Victim's Compensation Fund will end at the end of September. The diocese has said that it will not use money donated by parishioners, instead using church and school assets.