He may be a little furrier than the other officers, but the police department expects King to be just as tough. 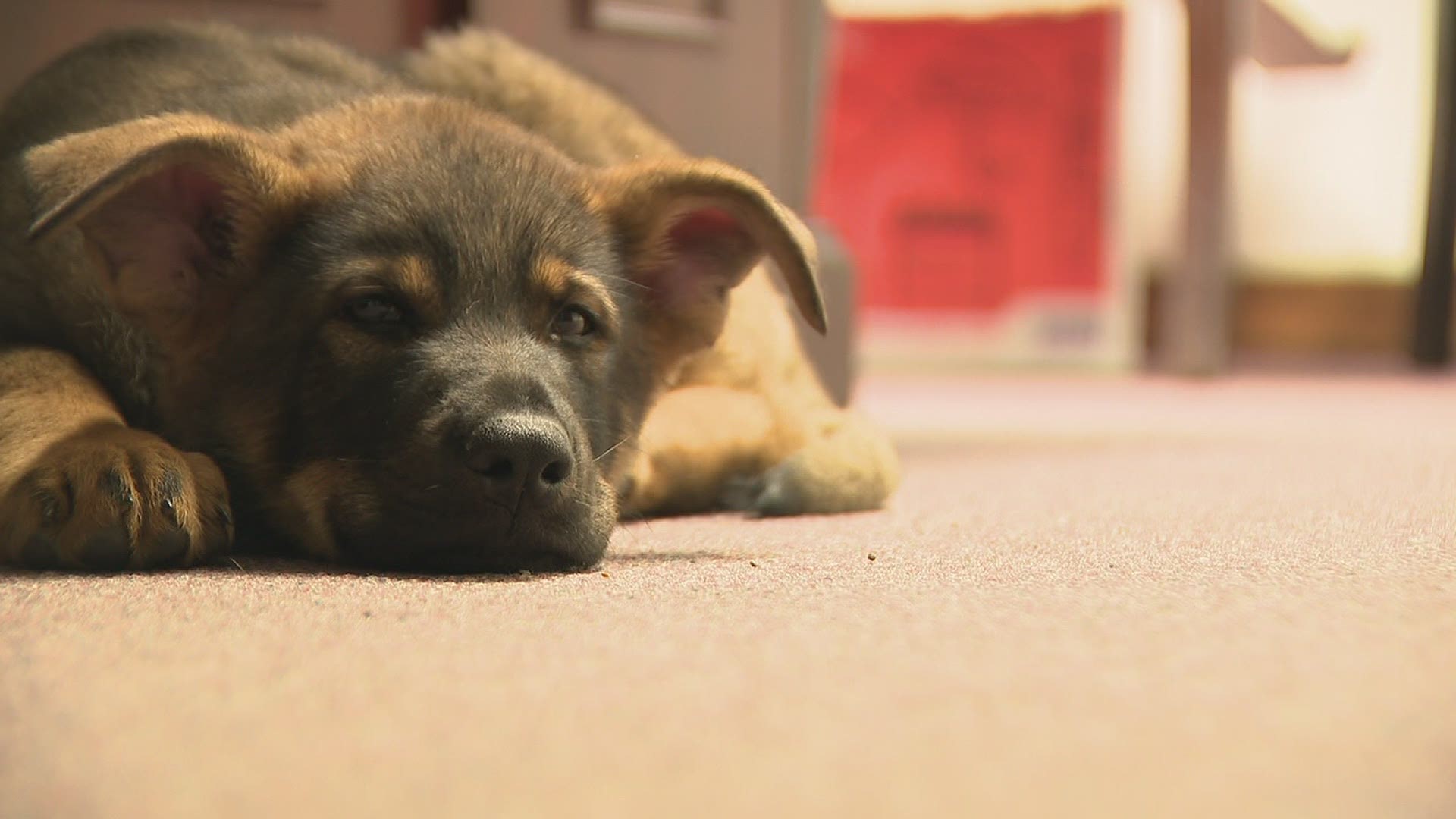 OLYPHANT, Pa. — A police department in Lackawanna County has a new four-legged member, and Olyphant police are hoping he will help take a bite out of crime in the area.

"This is King. This is our future K-9," said the chief. "He's going to be for drugs and apprehension. You have somebody in a house, barricaded in a house, just the dog barking has brought them out for us. Nobody had to go in, nobody has to take a chance of getting shot or hurt or wrestling or anything like that. Most people are afraid of the dogs."

But King still has some training and growing to do before that. In just a year's time, this cute little puppy is going to turn into a big, bad crime fighter.

It's a costly endeavor. So far, the department has racked up a bill of $14,000, but the community that King will be protecting has already started supporting him.

The Olyphant Neighborhood Watch is selling sweatshirts on Facebook to raise money.