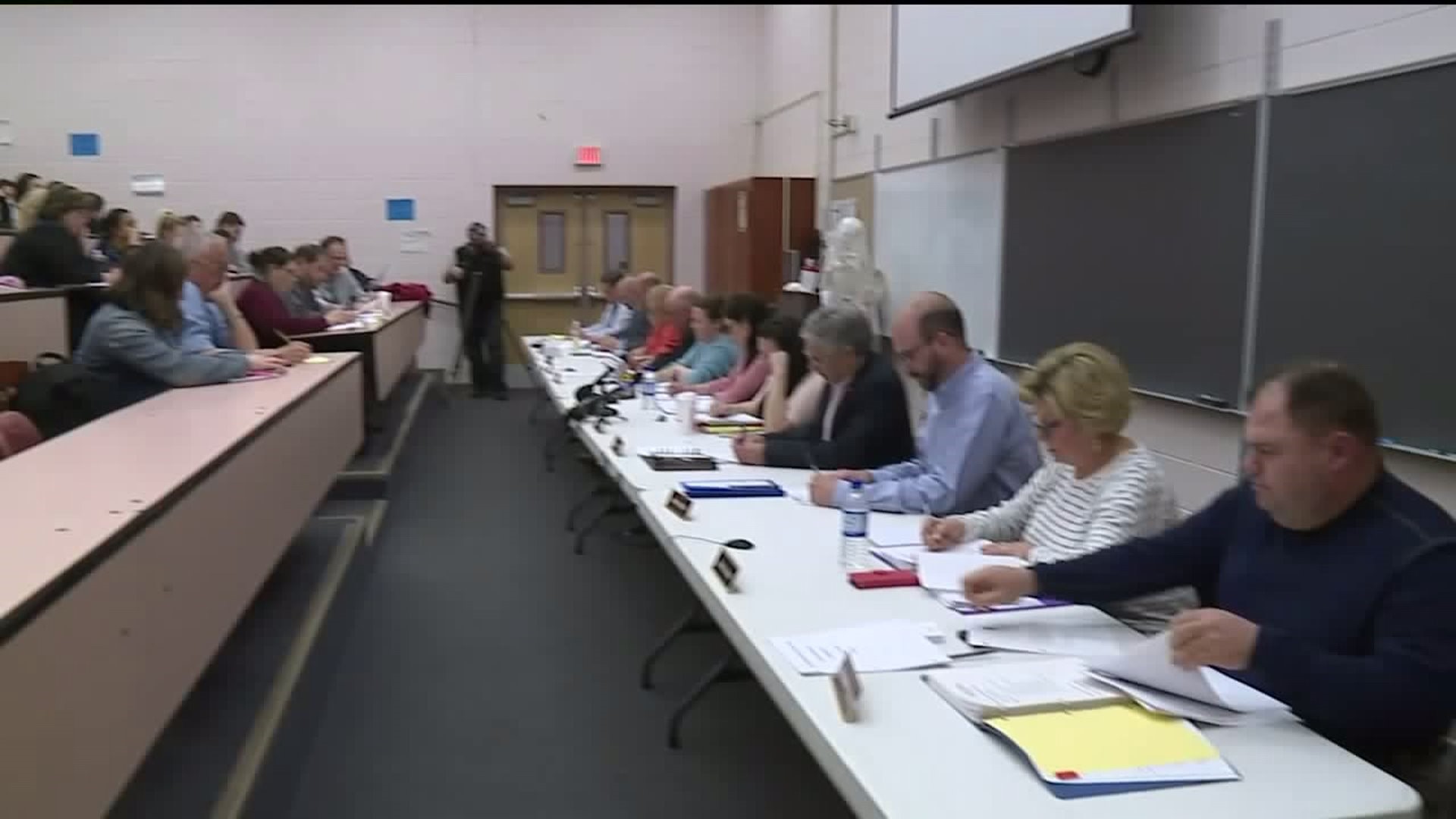 OLD FORGE, Pa. -- Just weeks after the Old Forge School Board voted to remove its president following some offensive social media posts, the board's solicitor has stepped down, and he did not go quietly.

That was all the former board president had to say about Joseph Mariotti at Wednesday night’s board meeting.

Mariotti resigned as the board solicitor this week.

At the meeting, the board approved an interim solicitor and moved forward to take requests for a permanent solicitor.

In a scathing resignation letter to the district, Mariotti wrote that "serving on the board can only have a negative effect on my otherwise reputable legal career" and "this board has had issues [with] pornography and racism.”

While Mariotti does not mention any member by name, his stepping down comes weeks after the board removed Scavo as president after his 2017 Facebook posts perceived as Anti-Muslim resurfaced.

“It's unfortunate that Mr. Mariotti had to leave. He gave great service to the district, but now that he's separated, we have to move on,” said Scavo.

Scavo alleged those old posts were put out as political revenge from member Chris Thomas who Scavo says was fired after inappropriate material was found on his school-issued computer.

Thomas says he resigned from his teaching job in 2017 but couldn't elaborate due to a confidentiality agreement.

When asked if the pornography reference was aimed at him, Thomas said this:

“As far as the language in the letter, I would think that most of that would come about things from some of my other colleagues on there,” said Thomas. “It's his letter, you need to ask him.”

Marioitti finishes the letter by saying the board is in “the worst state of affairs he's seen in his 23 years with the district.”

“It was a culmination of 20 years-worth of, yes, the Old Forge School Board,” said Scavo.

The superintendent says the interim solicitor serves the district's special education department and has filled in when Mariotti was unavailable for board meetings.