OLD FORGE – The Bishop of the Diocese of Scranton said it is unsettling to him personally that yet again a priest is involved in alleged inappropriate, immoral ... 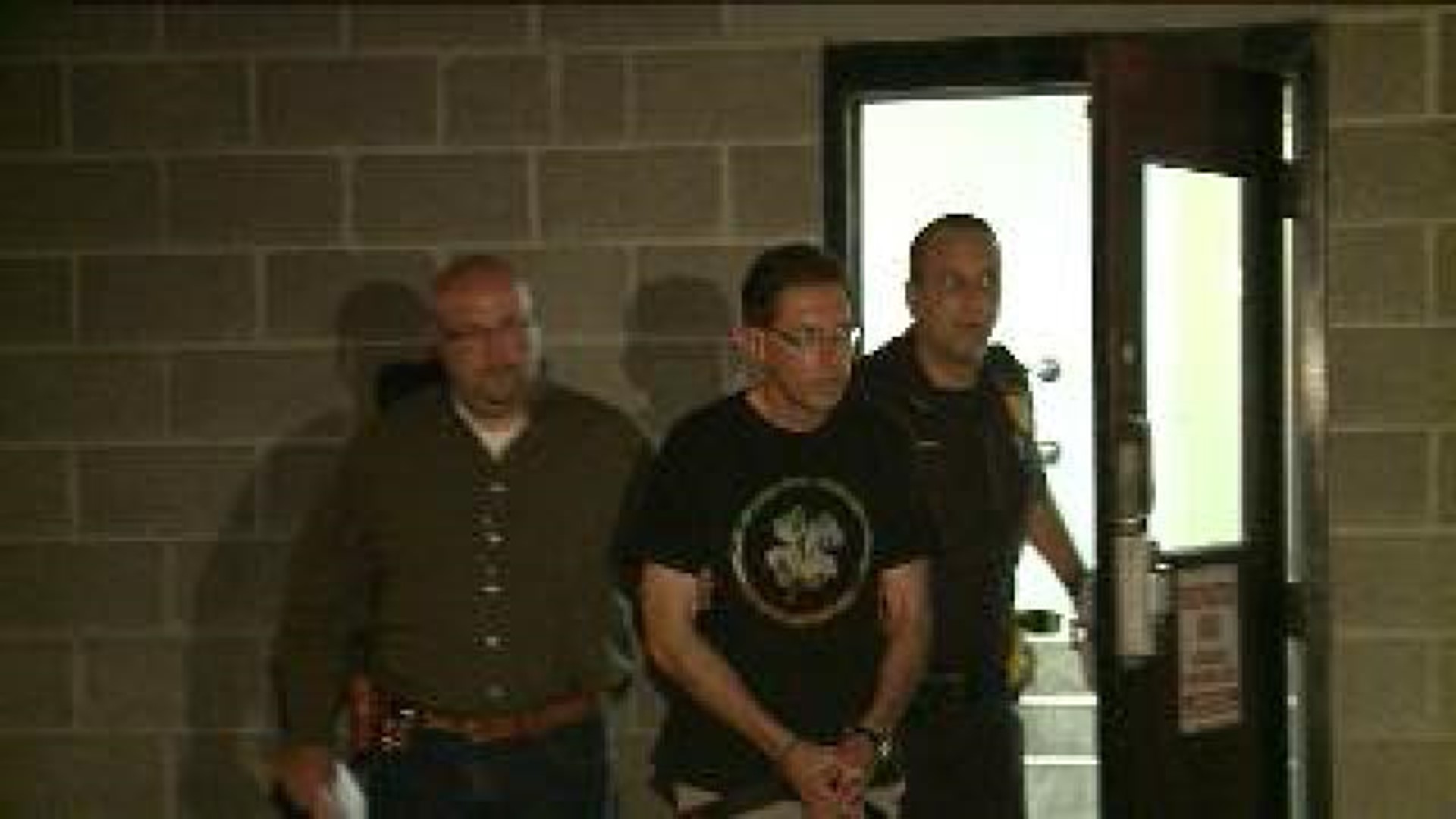 OLD FORGE – The Bishop of the Diocese of Scranton said it is unsettling to him personally that yet again a priest is involved in alleged inappropriate, immoral and illegal behavior.

His statement comes after a priest from a church in Old Forge was caught allegedly having sex with a 15-year-old boy.

Father Jeffery Paulish began serving as an Assistant Pastor at Prince of Peace in July, returning to serve the Roman Catholic Church after taking a leave of absence for health reasons.

Father Paulish walked out of the Dunmore Police Department handcuffed, accused of molesting a teen.

The Old Forge Priest grew up in Blakely. Diane Kwolek lives only a few doors away.

"I`m shocked, I would never ever, ever in my life suspected this,” said Kwolek.

Kwolek said Paulish was always involved with the church from an early age and seemed devoted to God.

"He`d come over and bless the house for us, and put a little with chalk up on top of the entrance way,” said Kwolek.

"It was a big honor to have someone on the street like that. You know, and for the mother and the father,” said Ruth Ann Kwolek.

According to court papers Paulish was posting ads on the internet from a computer inside his home in Blakely, and then met up with a teen who answered one of them.

The pair met up at Penn State Worthington and were found in Paulish’s Car.

The Diocese of Scranton Suspended the Priest who served 16 different parish assignments, while Bishop Bambara issued this statement: "I wish to acknowledge how unsettling this is to me personally and to countless others, that yet again a priest has been involved in such inappropriate, immoral and illegal behavior."

While parishioners in Old Forge said they’ve had enough.

"Seems like we keep getting a black eye from all the publicity about the police chief, the captain, the fireman and now a priest,” said Michael Zupon of Old Forge.

Paulish recently took an eight month long leave of absence for health reasons, his fourth leave of absence since becoming a priest. The Diocese of Scranton has not said exactly what that was for.

Paulish is locked up in Lackawanna County on $50,000 bail.