SCRANTON, Pa. — A man is behind bars facing felony charges after police say his pet dog fell victim to his bad temper. A woman called Scranton police on h... 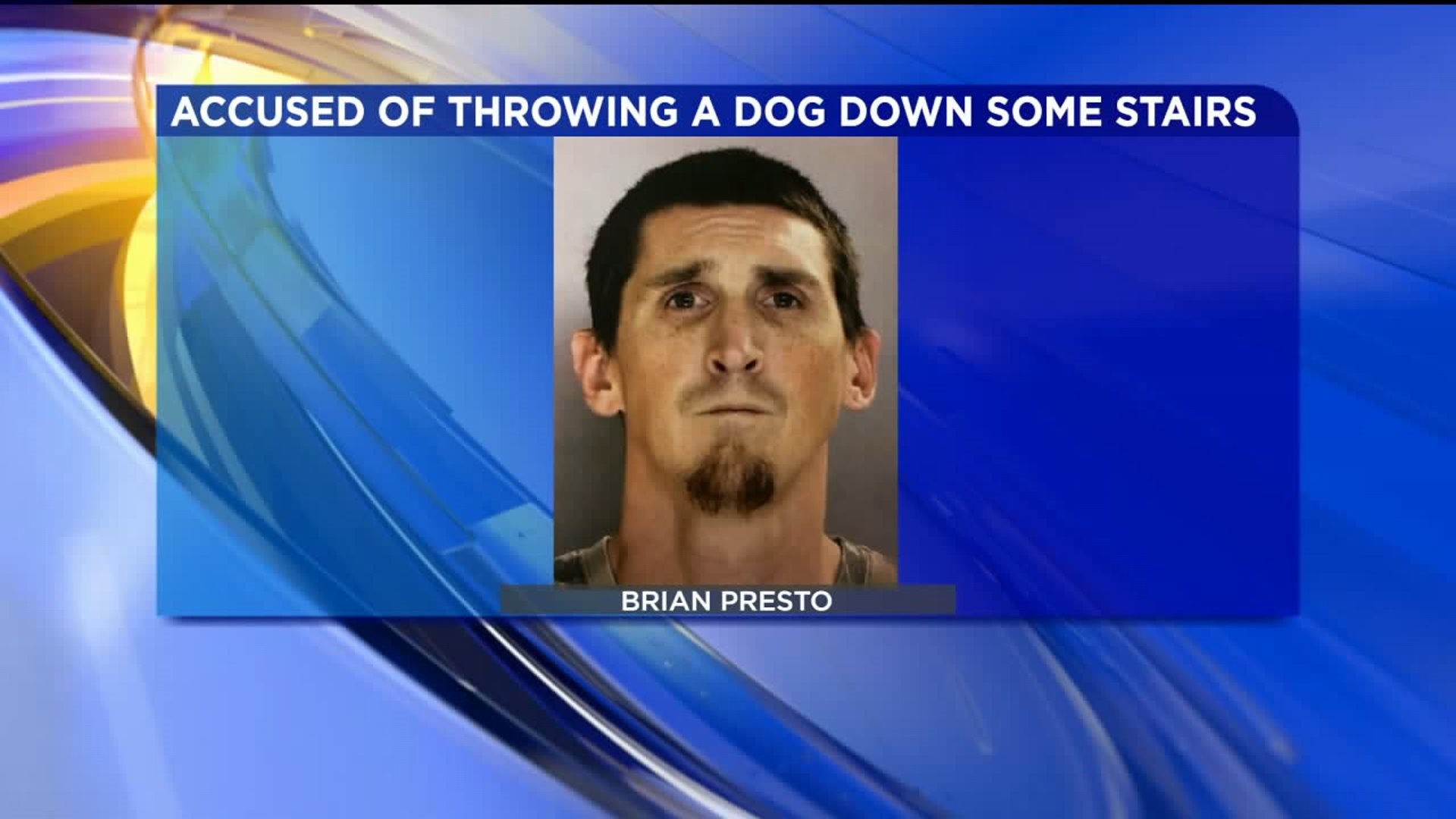 SCRANTON, Pa. -- A man is behind bars facing felony charges after police say his pet dog fell victim to his bad temper.

A woman called Scranton police on her husband for allegedly throwing and beating the family pet.

The dog is recovering from her injuries while her owner is now locked up facing a felony charge of animal cruelty.

Scranton police and one of the city's animal control officers were called to a home in west Scranton Wednesday night. A woman told officers her husband had taken his anger out on the family dog.

Brian Presto had a problem many dog owners experience. His dog Dutchess had gotten into the garbage and urinated inside the house.

But, how Presto reacted caused his wife to call Scranton police.

According to court papers, Presto picked up Dutchess and threw her down a flight of stairs at his home on Morris Avenue in Scranton. Then, Presto started beating her.

Scranton's animal control officer snapped a picture of the Chihuahua and Jack Russell terrier mix. Her eye was swollen shut. The dog was also bleeding from the mouth.

Presto is locked up in the Lackawanna County prison and is due back in court sometime next week.

Animal control officers say Dutchess the dog is in protective custody but is being cared for by a vet and is expected to survive her injuries.