DICKSON CITY, Pa. — A retailer that just opened its first location in Pennsylvania had also hoped to have another one in our area, but on Friday we learne... 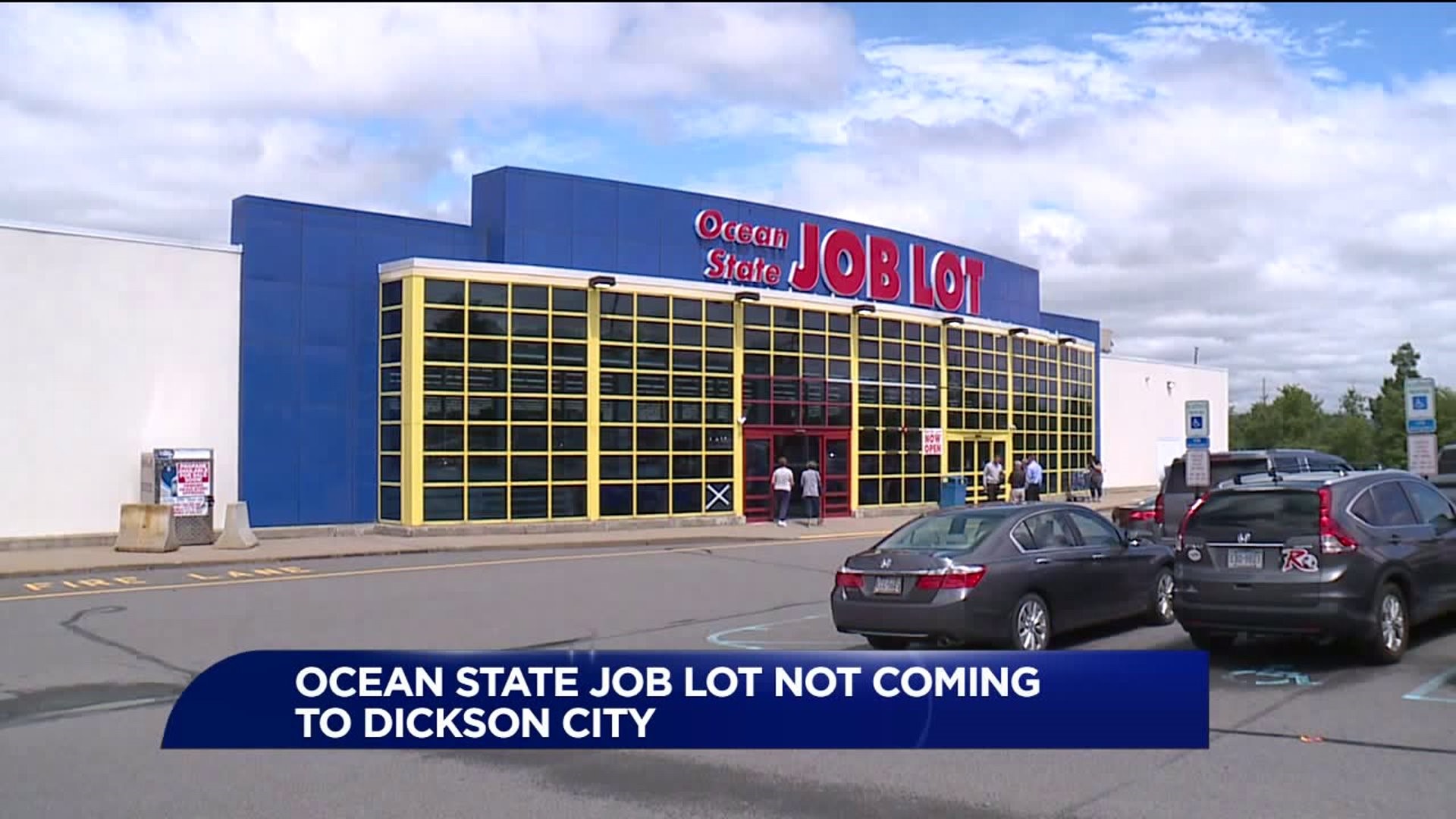 DICKSON CITY, Pa. -- A retailer that just opened its first location in Pennsylvania had also hoped to have another one in our area, but on Friday we learned, that's not happening, at least not now.

Dickson City was to be the second Pennsylvania location for Ocean State Job Lot, but just one day before the grand opening at their Wilkes-Barre location, Ocean State is announcing they will not be opening a store there.

Just six months ago, New England-based discount retailer Ocean State Job Lot announced it would be opening its first two locations in Pennsylvania -- one in Wilkes-Barre and the other in Scranton.

But while the Wilkes-Barre location opened this week in the old Toys 'R' Us on Kidder Street, The Business Route 6 location will remain empty for now.

Ocean state released a statement to Newswatch 16, saying, "we ran into some post-closing complications, and have decided to pursue leasing the space rather than opening one of our stores at this time.

"All associates who had been hired for this location have been offered positions at our newly opened Wilkes-Barre location.

"We remain very interested in Dickson City as a future location for Ocean State Job Lot."

We tried to confirm what those post-closing complications were but Newswatch 16 was only told by the Dickson City borough manager that "Dickson City is disappointed that Ocean State Job lot will not be moving in and that an agreement was not reached."

"I heard it's a very nice store, and that people would love having it here," said shopper Rosemary McAuliffe.

"It's certainly disappointing to hear somebody's trying to do something good like bringing a new store, new jobs, new opportunities to the area, and for some reason, they're just hitting roadblocks and can't make it happen," Greg Oplaka said.

Ocean State Job Lot says they will still be leasing the building in Dickson City, but store plans have been canceled at this time.