Not bad for a Monday: people tee up for February golf 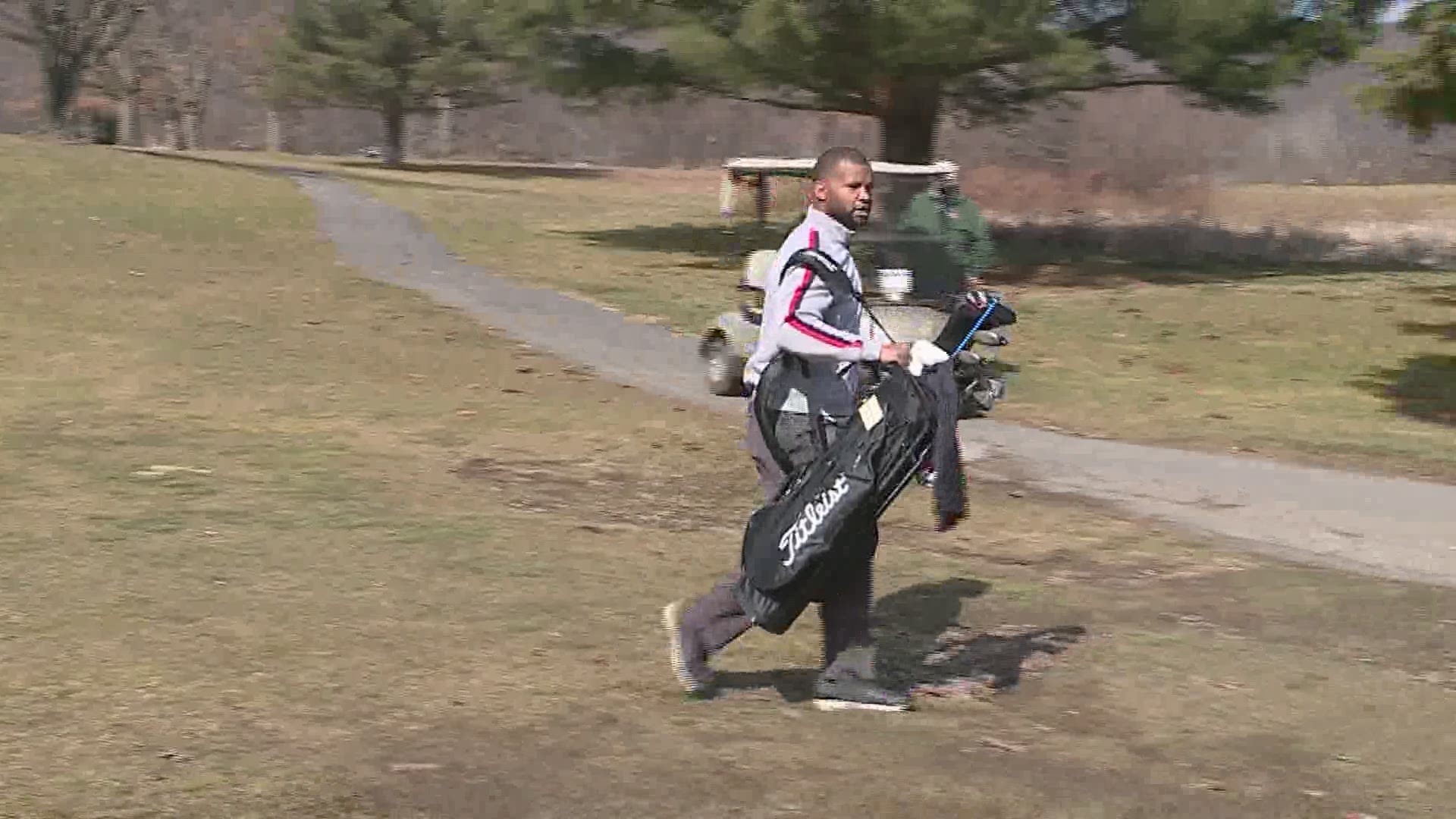 TAYLOR, Pa. — Some golfers bypassed the office today and went straight to the links.

Pine Hills Country Club in Taylor was booked up with tee times from Saturday morning straight through Monday afternoon.

Newswatch 16 met a group of golfers who wished each other a happy new year before heading out as a foursome for the first time in a few months. But still, much earlier than they expected.

"A day like today, 55 degrees or something, why wouldn't you play? I just saw a guy going in there wearing shorts!" said Joe Miegoc of Carbondale.

"I was out twice this weekend and then today. It's just, this late in February, how could you pass it up?" added Tony Libassi of Glenburn Township.

In this streak of unusually warm days, Monday was the warmest. It was warm enough to influence some to skip their Monday obligations for a round of golf instead.

Managers at Pine Hills told Newswatch 16 the weather, paired with some other advantages this course has made for just the right conditions.

"It's a perfect storm. It's worked out well for us. We're a little bit warmer because we're set in the valley, so we're able to open more than some of the area courses," said General Manager Gregg Kozar.

Pine Hills Country Club will open as long as temperatures are above 40 degrees, and the ground is dry enough. So, February golf is possible.

But, 2020 may be the busiest February golf season the country club has ever had.

"I played the back 9 because there were so many people. I was playing as a single, there were so many people on the first tee I would either have to wait, and it's a long day, one person playing behind four. But, the conditions were pretty good, just what you expect, I mean it's February 24th, just having a chance to play is a bonus," Miegoc added.