North Pocono Softball Team Hits it Out of the Park Academically

COVINGTON TOWNSHIP, Pa. — A girls softball team from Lackawanna County is celebrating a big win, but it’s not for anything the players did on the fi... 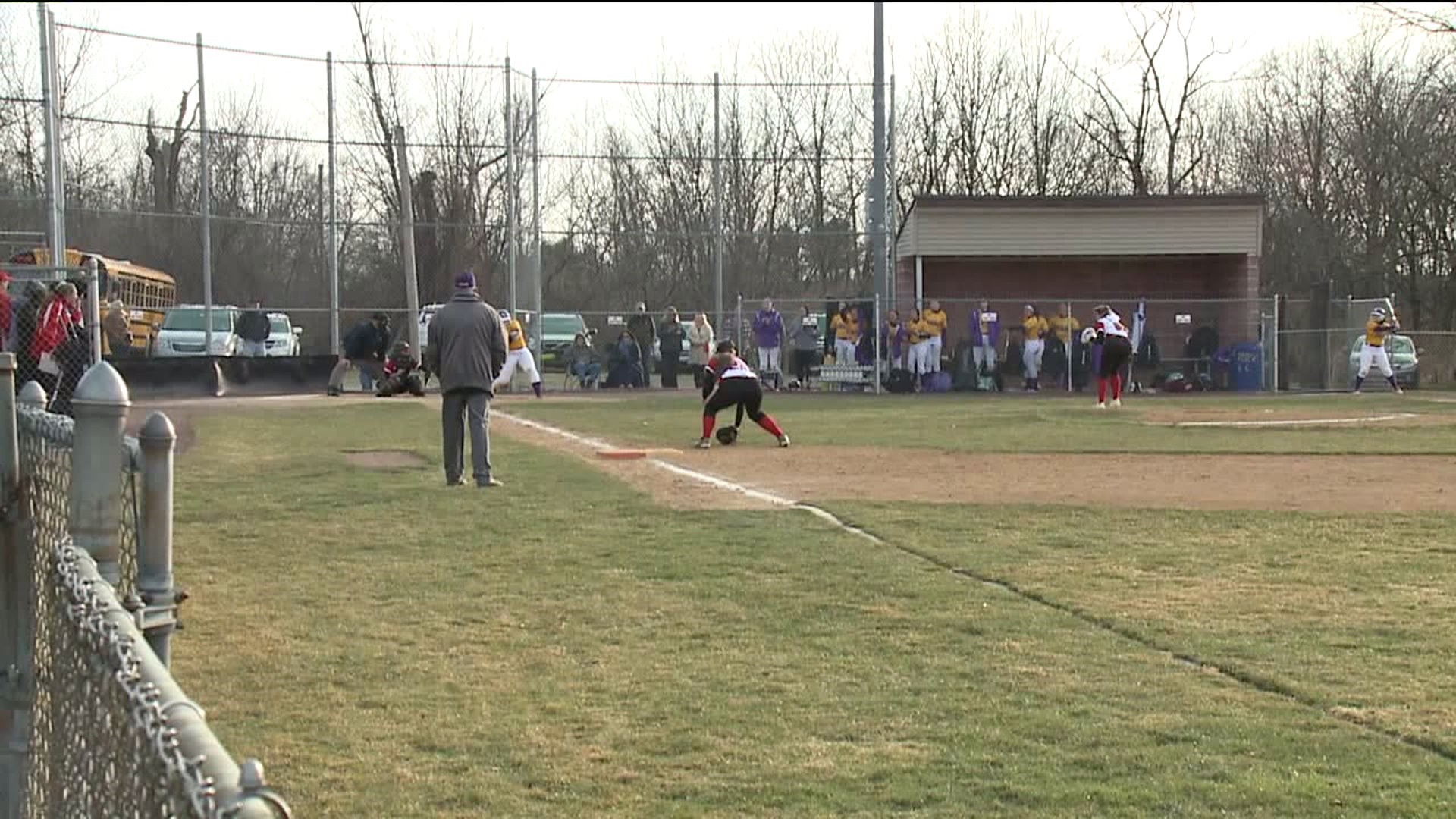 COVINGTON TOWNSHIP, Pa. -- A girls softball team from Lackawanna County is celebrating a big win, but it's not for anything the players did on the field.

When you hear, "swing for the fences," you normally think of hitting a home run. The North Pocono softball team took that idea from the field to the classroom and was rewarded for their efforts.

High school softball is not in season, but the support for the team is still evident at North Pocono near Moscow. The entire team received an award from Easton Softball Company and the National Fastpitch Coaches Association for its academic achievements.

"I never really thought that we could achieve something so much until I heard about it and I was like, 'wow, that makes sense,' because we all do work very hard on and off the field," said senior Dayle Smith.

The team's 3.94 cumulative grade-point average during the past school year gave them the top spot in Pennsylvania and 29th in the nation.

But it's not just the grades that make this team special.

"They just all like each other, they get along and that doesn't happen every year, so it was a really nice season," said head coach Michael Lafave.

The coach says the expectations for his athletes are high both on and off the field. Playing beyond high school isn't a guarantee for all athletes, so the school stresses the importance of grades.

"Being a student-athlete at most, it makes it difficult but also makes it rewarding in the end, knowing that I can balance both," said sophomore Emma Barnes.

"Realistically, how many of them are going to play in college? The number dwindles and then the chance of it being something they can do to make money is almost zero, so academics is what's important," said Lafave.

It's not just the softball team that benefits from this achievement. It's the teachers and the school and it just goes to show how important academics are to become a great student-athlete.

"A lot of my teachers told me they're actually really proud of us because I know they believe in our team and they know we're all really good athletes too. During softball season, it's tough to keep up with our stuff and they're all really supportive of us," said sophomore Parri Salak.

The North Pocono softball team lost a few seniors from last year's squad. This year's team hopes to top that 3.94 GPA and win the award again.