SCRANTON, Pa. — A former Lackawanna County correctional officer entered a plea on Thursday after being accused of sexually assaulting an inmate. Former co... 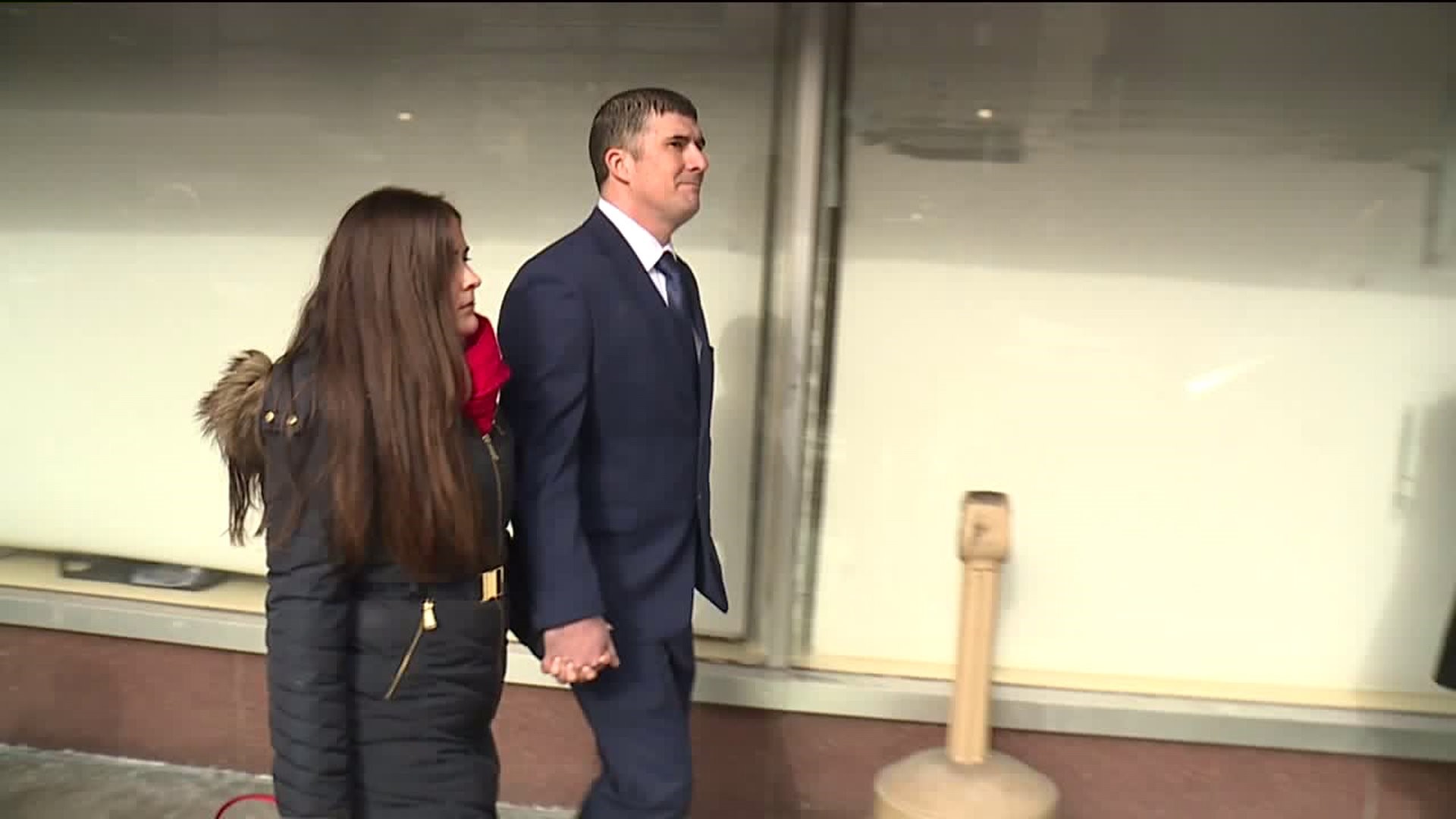 SCRANTON, Pa. -- A former Lackawanna County correctional officer entered a plea on Thursday after being accused of sexually assaulting an inmate.

The plea was a resolution in another one of the cases involving former correctional officers at the Lackawanna County Prison. Seven were charged last year with the sexual abuse of female inmates.

Jeff Staff entered a no-contest plea and was immediately sentenced.

Staff entered the plea at the Lackawanna County Government Center with his family and attorney Thursday morning. They came to an agreement with the state attorney general's office.

Staff pleaded no contest to a misdemeanor charge of official oppression, a lesser charge than the felony he would have faced at trial in two weeks.

Staff was accused of having sex with an inmate at the Lackawanna County Prison when he was a correctional officer and she was a member of the prison's work release program.

In the agreement, Staff said he does not dispute that there was contact between him and a female former inmate at the jail but the agreement doesn't specify what kind of contact occurred.

"As you saw in the courtroom today, the court's willingness to impose probation is, I think, also a reinforcing factor that this charge might have been questionable," said Staff's attorney Corey Kolcharno.

This deal with the A.G.'s office comes just two weeks after another former correctional officer, George McHale, was acquitted at trial.

We asked Staff's attorney if that motivated the A.G.'s office to make a deal.

A plea of no contest means Staff does not admit guilt but agrees to be sentenced as if he were guilty.

Jeff Staff's trial was set to begin in two weeks. Instead after this hearing, he was sentenced to an agreed-upon sentence of nine months of probation.