No Charges In Deadly Pittsburgh Crash

SCRANTON — The district attorney in Allegheny County says a crash that killed the son of a Lackawanna County judge was an accident. No criminal charges wi... 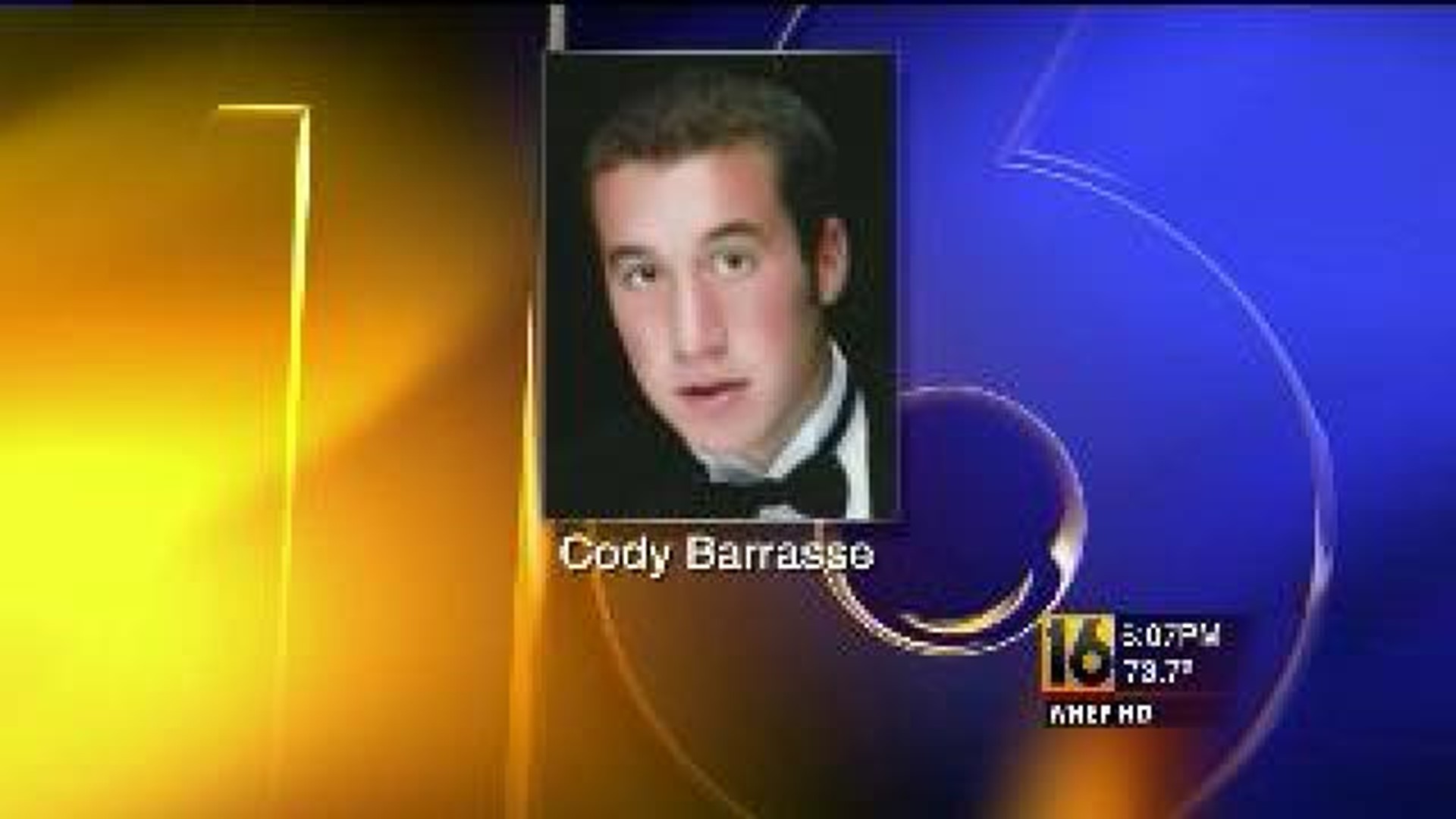 SCRANTON -- The district attorney in Allegheny County says a crash that killed the son of a Lackawanna County judge was an accident. No criminal charges will be filed against the driver or any of Cody Barrasse's friends who were with him that night.

The crash in Pittsburgh in April that killed Cody Barrasse, 22, of Moosic, created a lot of sadness at the Lackawanna County courthouse. His father, Michael Barrasse, is a highly respected judge there.

There was also a lot of speculation there about what happened in Pittsburgh, but Wednesday's announcement from the Allegheny County D.A. doesn't give many answers.

There were conflicting stories when Pittsburgh police first started looking into the early morning April crash in the city's Oakland neighborhood. A driver told police he was on Bates Street when his car was surrounded by three men, when one of the men opened his car door, the driver took off.

Friends of Cody Barrasse told a different story; that the driver hit Barrasse and then took off. Barrasse was severely injured and died later at the hospital. He was a senior at Penn State University, a graduate of Scranton Prep, and the son of Lackawanna County Judge Michael Barrasse.

Investigators looked at surveillance video and interviewed all the people involved, but the district attorney didn't explain what information they found or why charges won't be filed.

The Allegheny County district attorney says he shared all of the investigative files on the crash with Lackawanna County D.A. Andy Jarbola. He was not available for comment.

We also tried to contact the Barrasse family but haven't heard back.