OLYPHANT — An apartment complex in Lackawanna County that houses senior citizens has had no air conditioning for weeks. According to the management compan... 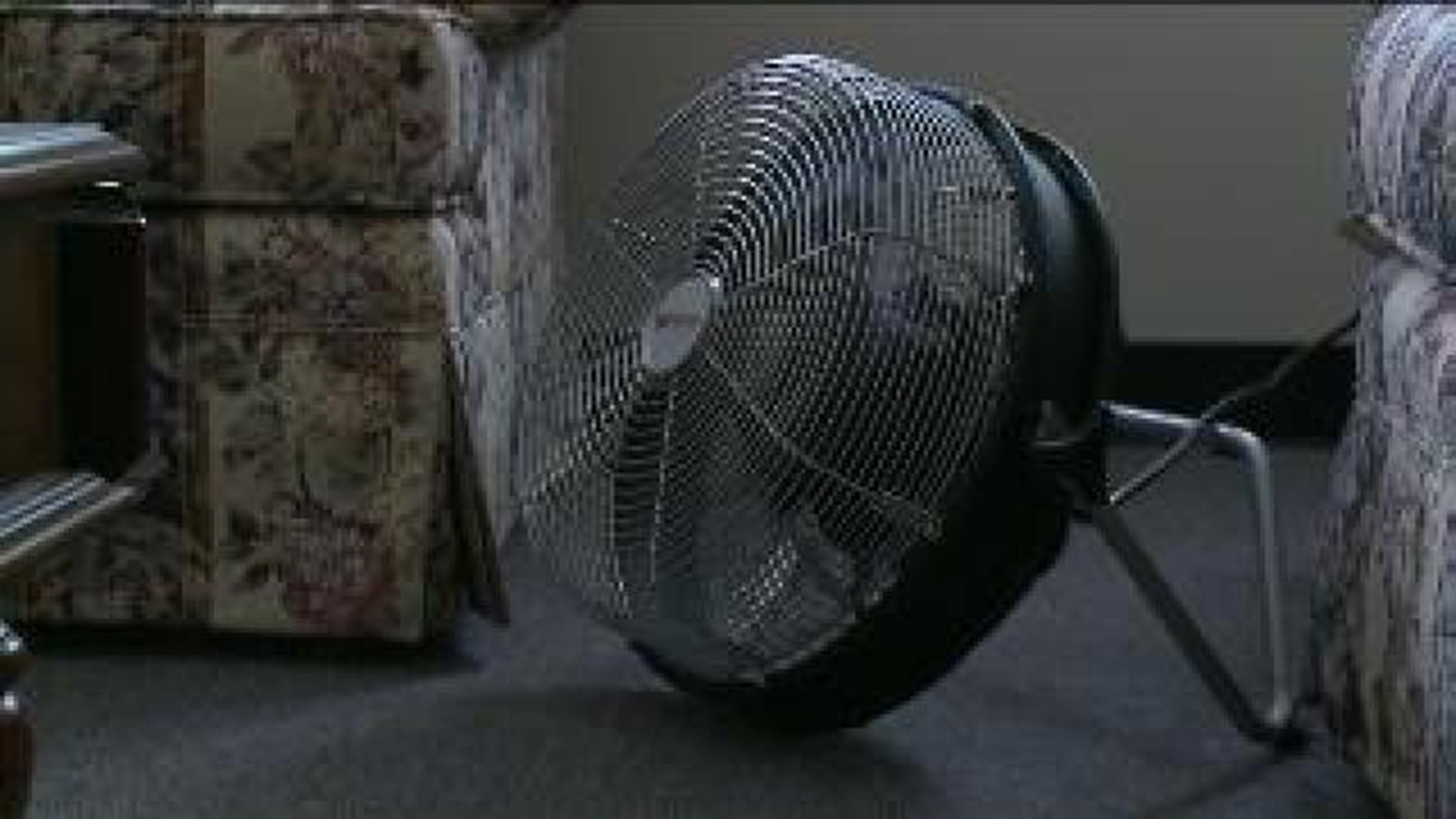 OLYPHANT -- An apartment complex in Lackawanna County that houses senior citizens has had no air conditioning for weeks.

According to the management company, the building in Olyphant won’t have AC until at least July.

The fans are on and the windows are open, but for the senior citizens living at Lackawanna Heritage Apartments in Olyphant, it's not doing much to beat the heat.

The problem is with the building's industrial air conditioner, which broke about three weeks ago.

“Terrible, it's terrible, terrible. Oh, I don't know, I said I have high blood pressure, I'm a diabetic and this is not helping, but what are you going to do?” said Mary Ann Weary.

The building is operated by NDC Real Estate Management, headquartered in Pittsburgh.

According to NDC's Scranton office, the company has ordered a new $72,000 air conditioner.

It will be shipped to Olyphant and installed on the building's roof, so NDC has told residents, most likely, the AC won't be back on until July.

“At least the second week of July, they were going to try to get it in here. In the meantime my basic question was, what temporary relief can we get?” said Olyphant council president Robert Hudak.

Hudak says he and the property manager are looking to possibly rent temporary air conditioners but the manager isn't sure if NDC can cover that cost.

The new air conditioning unit has eaten up just about all of the company's $85,000 emergency fund.

Some residents have already bought their own window units. Others say they will just have to muddle through.

“All we can do would be to putting our fans on, I can't put air conditioning in with the high windows so we're using our fans and we're trying to be as cool as we can in here and that's it,” said Dorothy McNulty.

Hudak says he has made both the police and fire departments in Olyphant aware the building has no AC and to be prepared for emergency calls there.