NEWTON TOWNSHIP, Pa. — Lackawanna County appears to be one of the areas hit hardest by Tuesday’s storms. A viewer sent us video of strong winds whip... 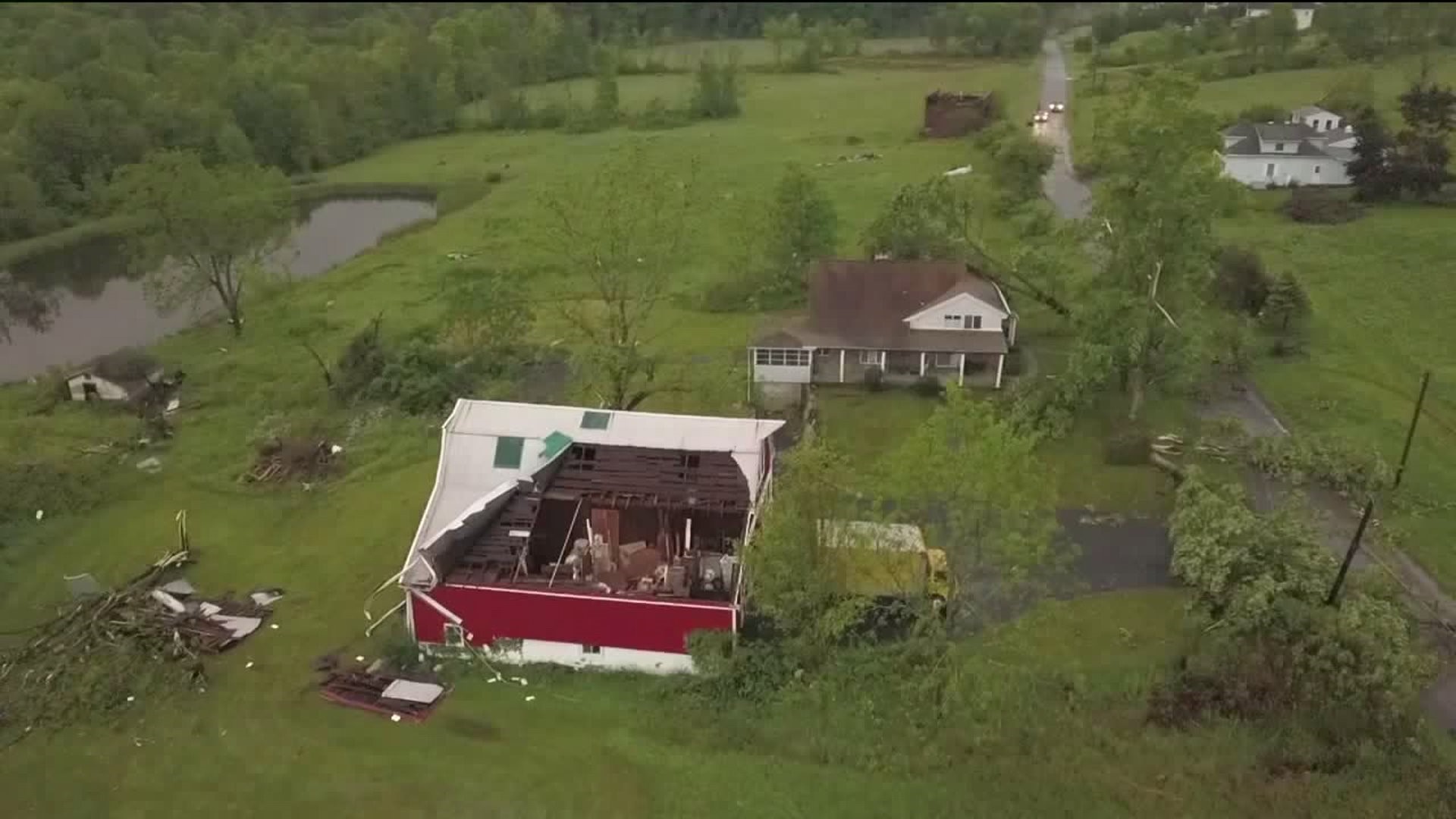 NEWTON TOWNSHIP, Pa. -- Lackawanna County appears to be one of the areas hit hardest by Tuesday's storms.

A viewer sent us video of strong winds whipping debris into the air in Newton Township near Clarks Summit. A video from another viewer in another part of Newton Township shows what appears to be a funnel cloud racing along the countryside.

After that storm blew through, trees, debris, and downed wires and utility poles were left behind along Newton Ransom Boulevard.

"The miniature golf course is pretty much completely wiped out. All the buildings were taken. The clubhouse is still standing with roof damage. We had a covered bridge people walked through. That's been completely destroyed. And then, the bed and breakfast is heavily damaged," said Ayers.

The boulevard was shut down so crews could clear fallen limbs and wires.

Skycam 16 shows just how extensive the amount of debris was left scattered all over the township.

Fire crews say multiple people told them they saw a funnel cloud, but the National Weather Service will have to determine if it was a tornado.

For Ayers, he doesn't know when he'll be back in business but is grateful for community support.

"I was on the phone just now. Somebody called to offer their help, and we're not turning down people," Ayers said.

Roger Wood lives in Newton Township and says the storm came in quick but left a lot of damage to his property.

"It lasted maybe a minute or 30 seconds. Once things settled down, we came out, and two barns built in the 1800s, they're missing roofs, sidings. Two other buildings are damaged, roof on one. The old farmhouse has a tree against it," Wood said.

Not far from the Red Barn Village, Newswatch 16 found trees toppled over in yards. Other homes had downed branches and power lines on their lawns.

Neighbors we spoke with tell us the wind sounded like a freight train.

"I have seen my fair share of storms come through lot of storm damage with the trees, but I have never seen anything like this. Just to actually witness on camera and see it touch down, you knew there was going to be damage," said Chad Reese of Newton Township.

A survey team the National Weather Service will be in the area of Newton Township and also in Madison Township Wednesday morning checking to see if all this damage was caused by a tornado.